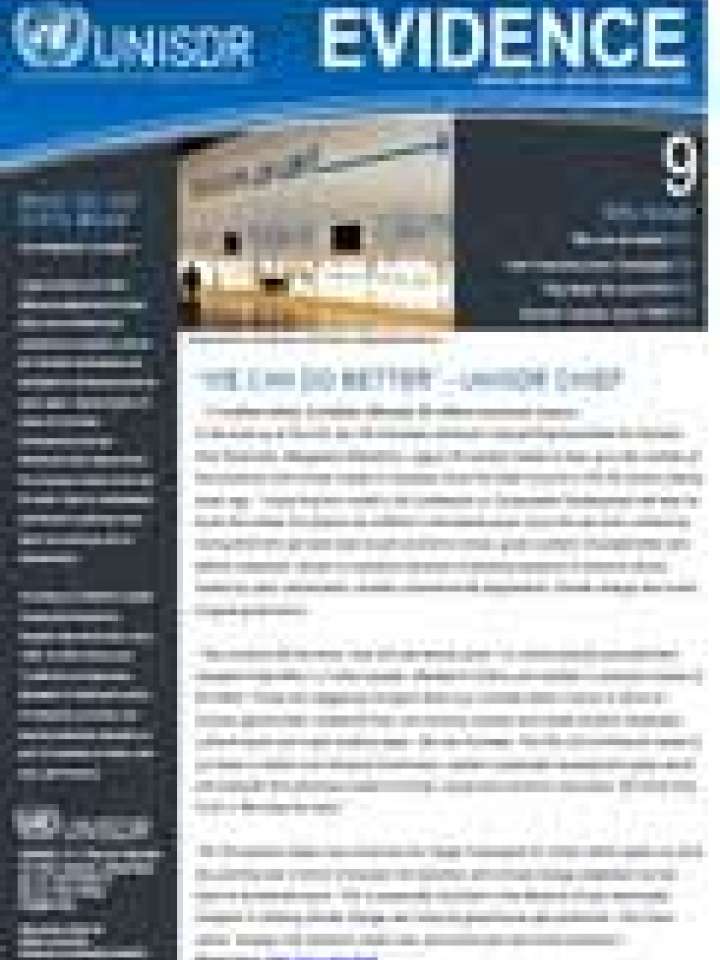 This monthly newsletter highlights UNISDR activities around the world. This issue reports on: (i) UN Secretary-General's Special Representative for Disaster Risk Reduction, Margareta Wahlström's message in the build up to Rio+20; (ii) San Francisco being the first major US city to join UNISDR’s ‘Making Cities Resilient’ Campaign; (iii) a passionate plea for resilience at a meeting of 1,000 business executives gathered at Rio+20; (iv) the "Legislators' Protocol," approved by 200 legislators from 74 countries and the European Union on the sidelines of Rio+20 conference; and (v) UNISDR's call for governments “to dig deep” and consult a broad range of stakeholders at both national and community level in order come up with a strong framework successor to the Hyogo Framework for Action (HFA) 2005-2015.

This issue also contains news stories on major events related to disaster risk reduction, as well as an infographic illustrating the impacts of disasters since the 1992 Rio de Janeiro Earth Summit.