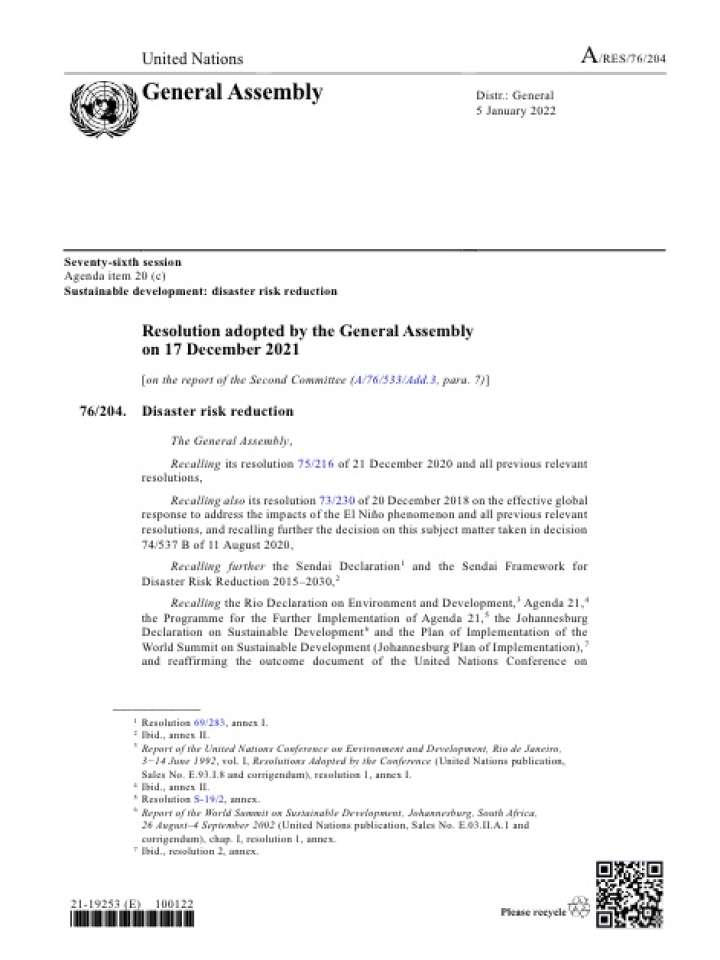 This is Resolution 76/204 Disaster risk reduction which was adopted by the General Assembly on 17 December 2021. The General Assembly reiterates the pledge that no one will be left behind, reaffirming the recognition that the dignity of the human person is fundamental, and the wish to see the Goals and targets met for all nations and peoples and for all segments of society, and recommitting to endeavour to reach the furthest behind first. The General Assembly