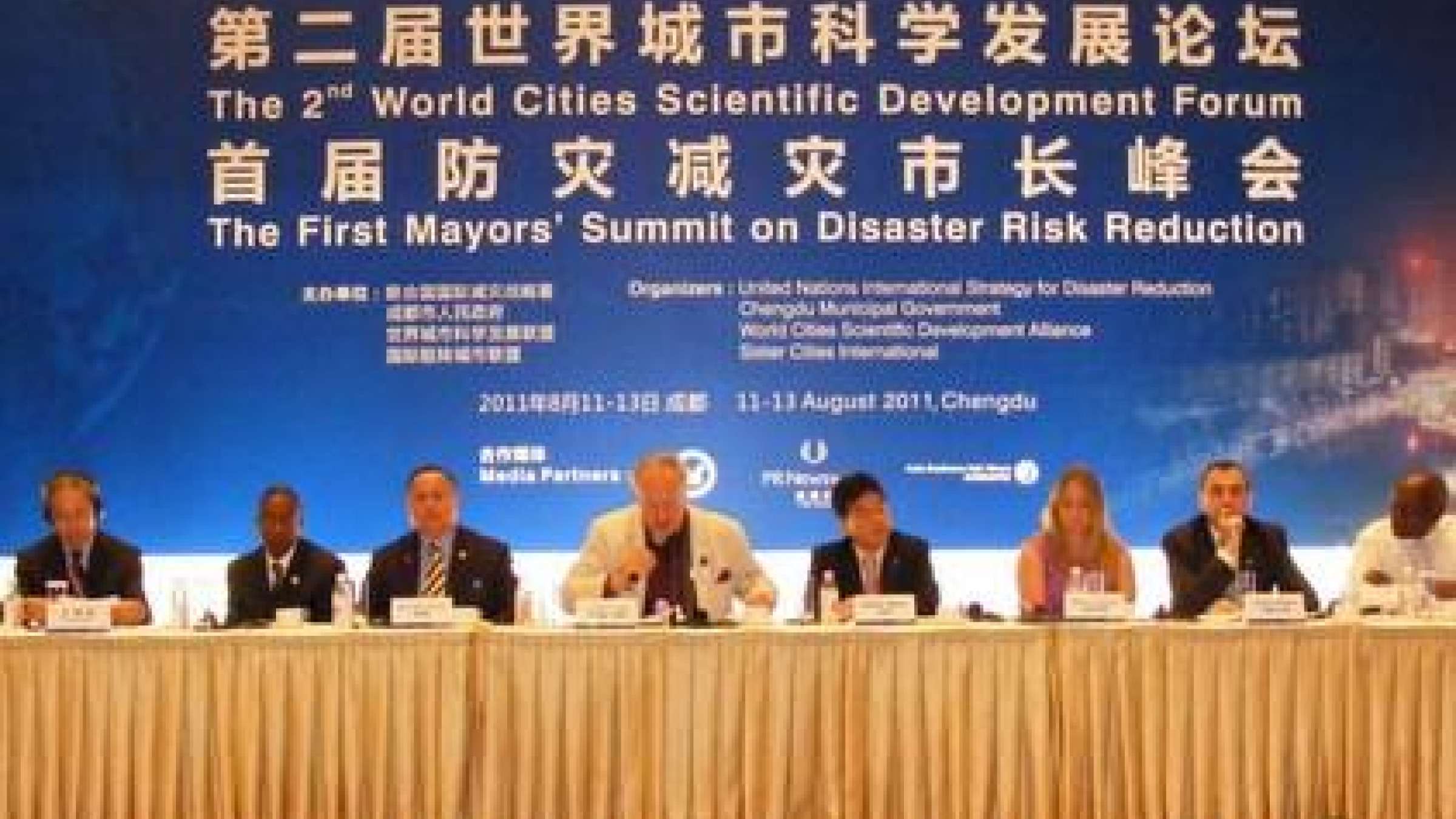 16 August 2011, Geneva: More than 200 participants, including 38 parliamentarians, mayors and vice mayors, from 33 countries adopted the Chengdu Declaration of Action, a five-point strategy to tackle some of the most pressing issues facing cities today, such as natural resource and environmental management, climate change and disaster risks.

Building on the discussions from the 2011 World’s Cities Scientific Development Forum (WCSDF) held from 11-13 August in the City of Chengdu in the Sichuan Province of China, the declaration was adopted on 12 August during the first-ever Mayor’s Summit on Disaster Risk Reduction, which was part of the WCSDF. The adoption of the declaration follows on from the Mayors’ Statement on Resilient Cities presented at the Global Platform for Disaster Risk Reduction held last May in Geneva.

The five-point strategy of the Chengdu Declaration of Action includes enhancing cooperation between cities, incorporating disaster resilient initiatives into urban development planning, and raising more awareness in cities about disaster risk reduction. The other points of the Declaration look at tapping into and influencing international debates, such as the United Nations Conference on Sustainable Development (Rio +20) next year, as well as improving disaster preparedness and emergency management of cities.

The World Disaster Reduction Campaign “Making Cities Resilient – My City is Getting Ready!”, coordinated by UNISDR, was an underlying theme for both the WCSDF and the Mayor’s Summit on Disaster Risk Reduction. Recognizing the importance of this campaign, the World Cities Scientific Development Alliance (WCSDA) and UNISDR signed a five-year agreement to promote urban sustainable development and provide a space to discuss how to build disaster-resilient, liveable and sustainable cities.