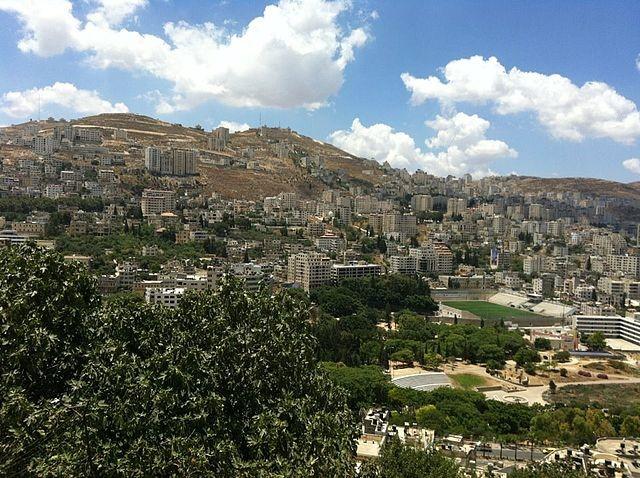 When considering the challenges faced by the Occupied Palestinian Territories, climate change would probably not be the first to spring to mind.

But it’s just one of the many increasingly interlinked issues that the 200,000 inhabitants of Nablus must deal with.

Nablus is a city in the northern region of the West Bank, approximately 60 kilometres north of Jerusalem nestled between Mount Ebal to the north and Mount Gerizim to the south.

According to residents, it’s not so much the amount of rain that has increased, but the intensity, with 150mm of rain reportedly falling in one day on occasion, out of an annual total of 600mm.

“We would normally experience around four months of rain,” explains Dr. Amal Hudhad, Head of Strategic Planning and Economic Development at the Nablus Municipality. “But now we experience the same amount in just a few days.”

Dr. Hudhad is the focal point for the ‘Making Cities Resilient and Sustainable Initiative’, a project led by the United Nations Office of Disaster Risk Reduction (UNDRR) with funding from the European Commission. The project aims to boost levels of disaster resilience in 20 model cities worldwide, part of wider campaign which has seen nearly 5,000 cities worldwide signed up and counting.

Under the project, cities are supported to carry out a resilience stock take using the Disaster Resilience Scorecard for Cities and work with local government and non-government partners to develop local disaster risk reduction strategies.

Over time, the Scorecard also assists countries and local governments in monitoring and reviewing progress in implementing the Sendai Framework for Disaster Risk Reduction 2015-2030; the globally agreed roadmap for reducing the impact of disasters on lives and livelihoods.

For Nablus, this takes place in an extremely challenging environment including extreme political instability and an effectively constant emergency state. Access to basic services such as electricity and regular administrative activities like urban planning are a daily concern for local authorities and residents alike.

But the spirit of the people of Nablus is not to be underestimated.

Following the guidance of and carrying out the activities under the Making Cities Resilient and Sustainable Initiative has strengthened the relationship between the academic institutions and the local government of Nablus and this has had a positive effect on the way local authorities are operating.

Since launching their first workshop in July 2018, the city has carried out training on how to use the Disaster Resilience Scorecard, workshops to develop a city level action plan and even meetings to establish standardised language to use in DRR.

One of the most important elements of this process is the engagement of a wide variety of stakeholders. The local government unit tasked with managing the process has brought in representatives from other public government sectors such as education, health, transportation and planning to contribute to and learn from the experience.

They have also reached out to the private sector and business community, academic institutions. Professional groups such as associations for engineers and citizens representational groups for more marginalised sections of society.

This bridge between technical knowledge, community engagement and government operations has in turn allowed them to reach out to segments of society such as the media, who would previously never have been considered as a stakeholder.

The leaders of the process are keen to capitalise on the momentum the process has generated.

Looking ahead, the plan is now to focus more on the detail of the action plan and to establish a risk database platform – a single source for data to monitor progress and inform future projects. Officials are committed to building capacity of their staff and using the United Nations partnership to elevate their plan of action and raise resources.

At the same time, the city is highly committed to increasing sensitization of all stakeholders in disaster risk reduction, issuing several public local radio spots to raise awareness of the role that communities can and must play.

According to Dr. Hudhad, it’s working. “We were reaching out to the community,” she says, “Now they contact me”.