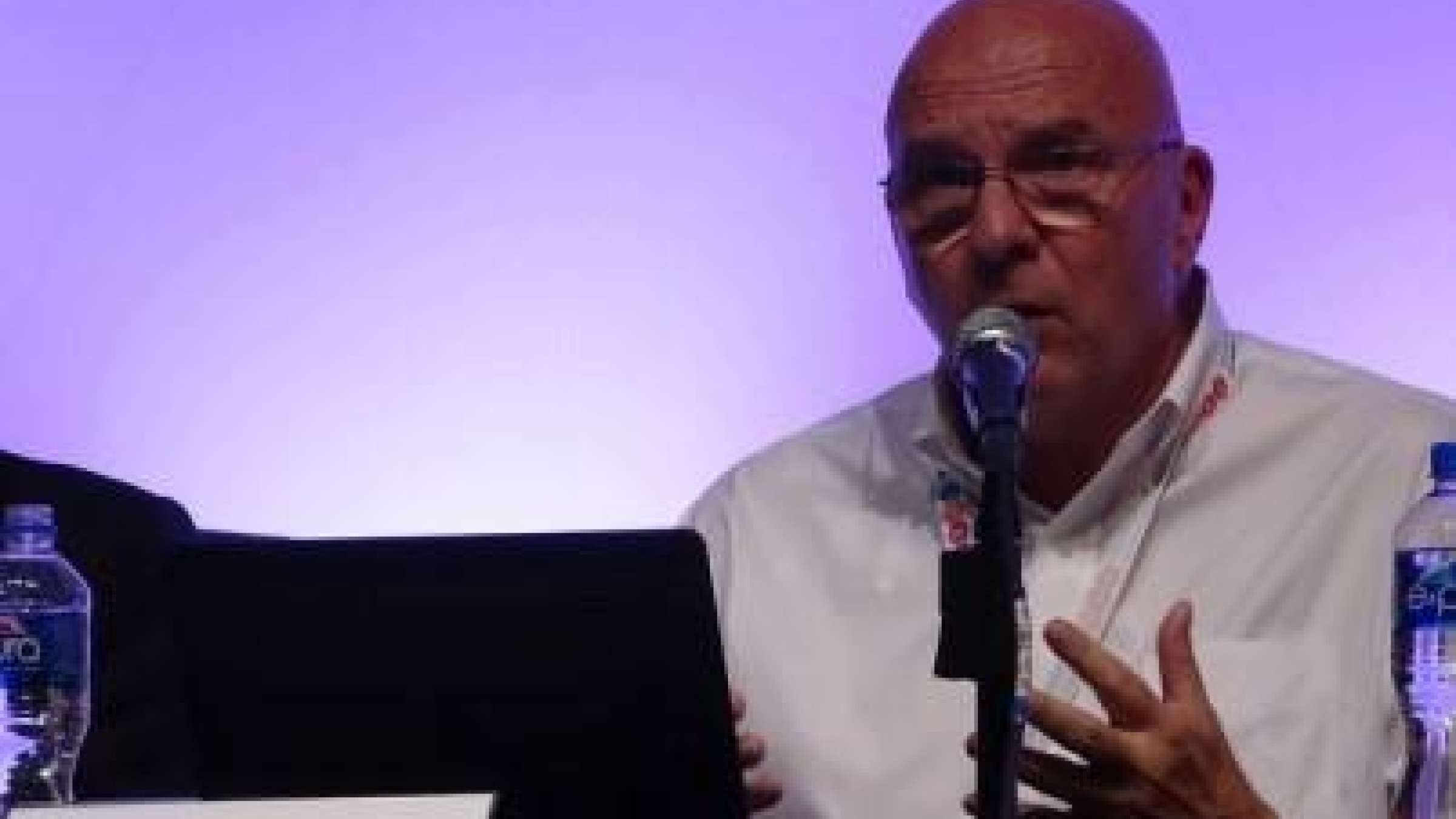 The new co-chair of ARISE, Dale Sands speaking at the 2017 Global Platform for Disaster Risk Reduction in Cancun, Mexico

GENEVA, 27 July, 2018 - The business professional who pioneered the Disaster Resilience Scorecard for Cities has been elected as the new co-chair of ARISE, the UNISDR private sector partnership.

Dale Sands of MD Sands Consulting Solutions will serve for two years as ARISE co-chair alongside Mami Mizutori, the UN Secretary-General’s Special Representative for Disaster Risk Reduction, and he brings a wealth of experience in studying urban resilience to his new role.

ARISE currently comprises 140 members representing a broad swathe of industry and private sector interests and is committed to mobilizing the business community to implement the global plan for reducing disaster losses, the Sendai Framework for Disaster Risk Reduction 2015-2030.

Mr. Sands said: “These are challenging times for the private sector which suffered record losses last year mainly due to extreme weather events and coping failures in the built-environment. I am pleased that this year’s International Day for Disaster Reduction on October 13 is focused on reducing economic losses and I expect ARISE to rally behind that.”

Mr. Sands was elected along with vice-chair, Martha Herrera, who heads up Corporate Social Responsibility at the Mexican construction giant, CEMEX, which strives to be “the world’s most efficient and innovative building materials company”. Ms. Herrera is also Director of the CEMEX-Tec Center for Sustainable Development and President of the Mexican UN Global Compact network.

The election of the co-chair and vice chair completes a process of putting in place a new ten-member Advisory Board which began at the AGM held in Manila, Philippines, last November. The new leadership will work with Ms. Mizutori and UNISDR in identifying actions and projects that will build more private public partnerships in the lead up to the Global Platform for Disaster Risk Reduction in May 2019.

Ms. Mizutori said: “We are very pleased to have two distinguished professionals leading ARISE.  It will be impossible to make progress on reducing economic losses and damage to critical infrastructure from disasters without the engagement of the private sector which is responsible for over 70% of investments in most economies. Private investment, if it is not risk informed, can create new disaster risk.”

Dale Sands led AECOM’s collaboration with IBM to develop the Disaster Resilience Scorecard for Cities, a tool for the  UNISDR Making Cities Resilient Campaign in which almost 4,000 cities and towns participate.

At present 200 cities are using the Disaster Resilience Scorecard which provides a set of assessments that cover policy and planning, engineering, organizational, financial, social and environmental aspects of disaster resilience at the local level.

Mr. Sands was also principal investigator on evaluating resilience of small- and mid-size businesses in New Orleans eleven years after Hurricane Katrina. He is an elected official in the village of Deer Park, Illinois, where he serves as Village President.

Ms.  Herrera, a social and inclusive activist for more than twenty years, has developed more than 500 alliances and led programs that have positively impacted more than 14.1 million people globally through the creation of shared value and the improvement of well-being and quality of life in different communities around the world.

“The private sector has a moral responsibility and a business imperative to reduce risky investments in many areas exposed to earthquakes, tsunamis, storm surges, floods and other hazards. We take our commitment to resilience very seriously and will do whatever we can to minimize exposure and vulnerabilities to disasters” said Ms. Herrera.  CEMEX will be a key partner in the launch of the new regional ARISE that will be established this November in Mexico.