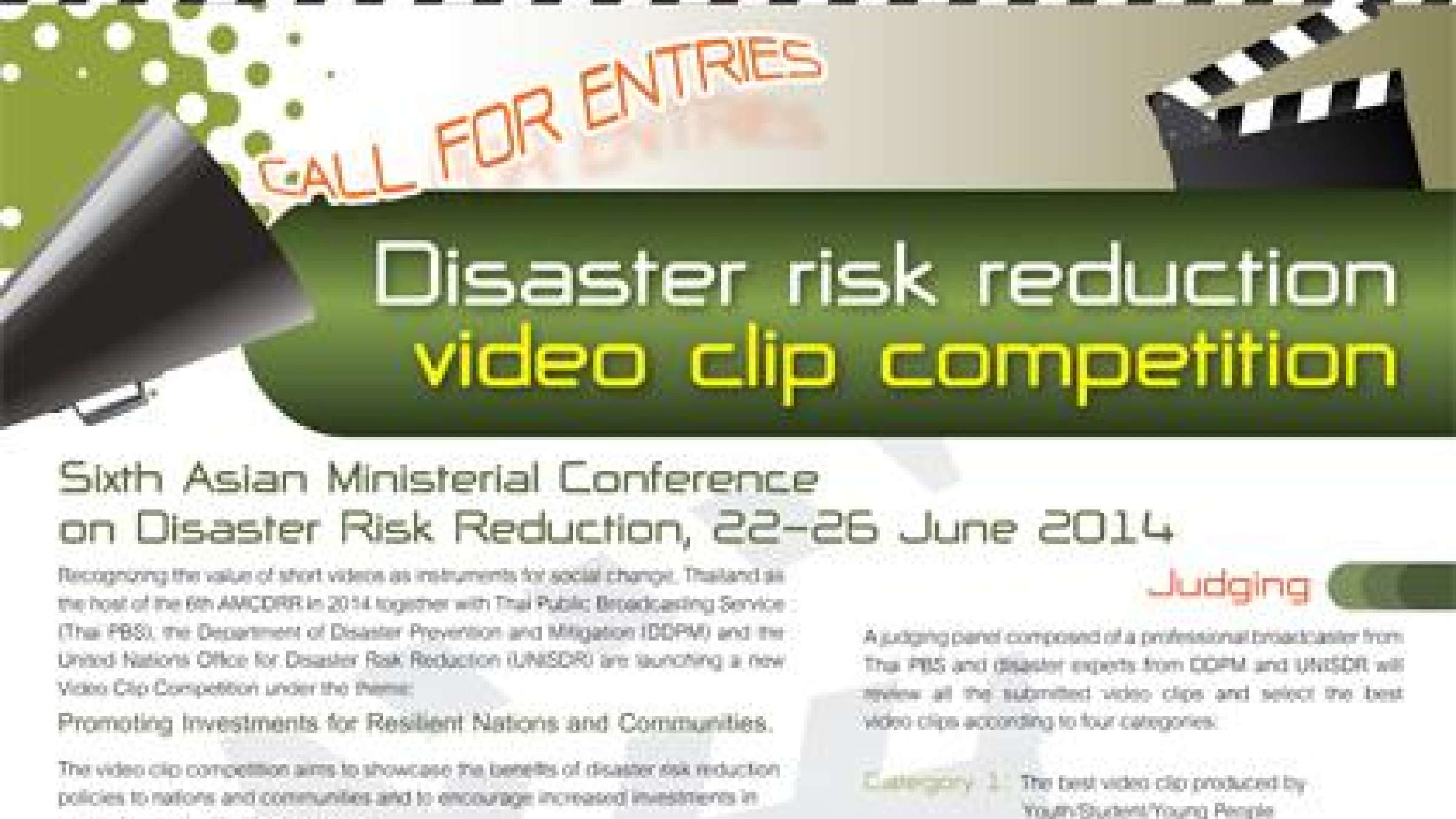 The 2012 film festival was a great success; entries are now being invited for next year with the winners to be announced in Bangkok in June 2014.

The initiative, in partnership with the Department of Disaster Prevention and Mitigation (DDPM) of Thailand and Thai Public Broadcasting Service, follows the success of the Film Festival at the Fifth Asian Ministerial Conference on Disaster Risk Reduction, in Indonesia, in October 2012.

“We invite all participants, youth, students, media, film makers, experts and the general public to participate in the video competition and to see how they view disaster risk reduction issues. Their voice matters to us especially now we are discussing the successor of the Hyogo Framework for Action” said Brigitte Leoni of the UNISDR Asia Pacific office.

The competition aims to showcase the benefits of disaster risk reduction policies for nations and communities and how investing in prevention measures can make the world safer against disasters.

A jury composed of professional broadcasters from Thai PBS and disaster experts from DDPM and UNISDR will select the best video clips according to four categories:

The winner of each category will receive a prize of between USD1,000 and USD2,000 at a Gala Ceremony during the closing ceremony of the Sixth Asian Ministerial Conference on Disaster Risk Reduction, in Bangkok, on 26 June 2014.

Participants have until 31 March 2014 to submit their video clips.

More than 50 films entered the last event in Indonesia and UNISDR and its partners expect more entries this time.

At the 2012 film festival, in Yogyakarta, the human interest category was won by Kazol Rekha for her entry “Kazol on the Flood”. The video was woven around the life of the 24-year-old, who is living with disabilities in a flood-prone part of Bangladesh.