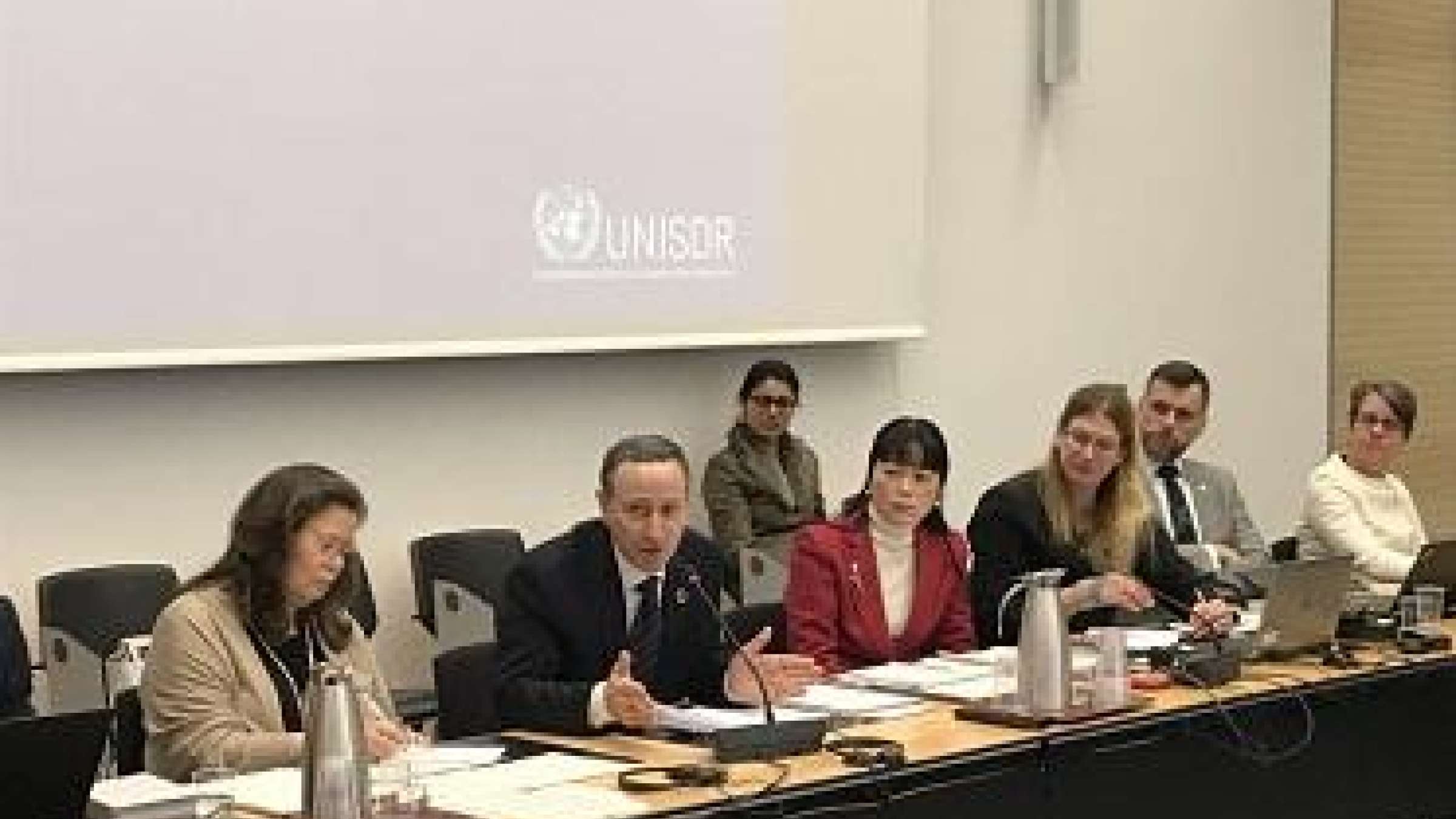 This follows two days of discussions this week attended by 50 representatives from the private sector, trade unions, farmers, education, community based groups, NGOs, indigenous people groups and the media who discussed how to collaborate with UNISDR on an all-of-society approach to reducing disaster risk for sustainable development. (See below for full list of participating organisations.)

Grace Balawag of Tebtebba, the Indigenous Peoples' International Centre for Policy Research and Education, a long-time UNISDR partner, said: “This will be an important platform for voicing the concerns of the indigenous people who are so often marginalized but can bring so much expertise and knowledge to adapt to climate change.”

Opening the consultation, Robert Glasser, Special Representative of the Secretary-General for Disaster Risk Reduction. Said: “We will not eradicate poverty and achieve the Sustainable Development Goals if disaster risk reduction is not integrated in core social, economic and development planning and your partnership and collaboration is critical to this effort.”

“The purpose of the meeting is to reflect on what can be done for a more effective stakeholder engagement so no one is left behind especially those who are most at risk such as women, children, aged people and indigenous groups,” added Kirsi Madi, Director of UNISDR.

UNISDR is proposing to create a new Stakeholder Advisory Group that will include 25 members representing all the major stakeholders and partners who will be able to engage as many constituents as possible at the regional, national and local level to implement the the Sendai Framework by 2030.

The members of the Advisory group will be self-elected for a period of two years and will provide guidance and inputs to UNSDR, and give a voice to, and defend the interests of, groups of people who can be most vulnerable to disasters if they are not engaged in disaster risk management and planning.

The Sendai Framework adopted in Japan in 2015 recognized the role of nine major groups and other stakeholders as critical to enabling an all-of-society engagement to achieve the Sendai Framework targets and priorities for action in order to make progress on reducing mortality, the numbers of disaster affected, reduce economic losses and damage to critical infrastructure.

“We want to leverage your expertise and your networks to reach out to local people and their communities,” concluded Shoko Arakaki, Chief, UNISDR Partnerships Branch, at the end of the session.

Many participants reacted very positively and welcomed the initiative. Rachel Dignam from the Business and Trade Group, said: “This is the first time that we are invited to the table, said and we are very pleased to be here. We have a lot to offer and to gain and for sure we are interested.”

Hans Peter Teufers, from UPS Foundation and Director of ARISE, the UNISDR Private Sector Alliance for Disaster Resilient Societies, also praised the initiative as a way to increase cooperation and commitments between partners who share the same agenda.

Participants will now go back home and consult their constituents before the proposal to establish a UNISDR Stakeholder Advisory Group is expected to be finally adopted. This engagement mechanism will be also used as a consultation and feedback mechanism to plan and organize the next Global Platform for Disaster Risk Reduction which will be held in Geneva, in May 2019.

It is anticipated that the partnership will provide a boost to implementation of Target (e) of the Sendai Framework which seeks a substantial increase in the number of national and local strategies for disaster risk reduction by 2020. The partnership will help ensure that these strategies provide for full engagement of all potential partners.

In addition to this there was representation from: