UNDRR decorated by the government of Brazil 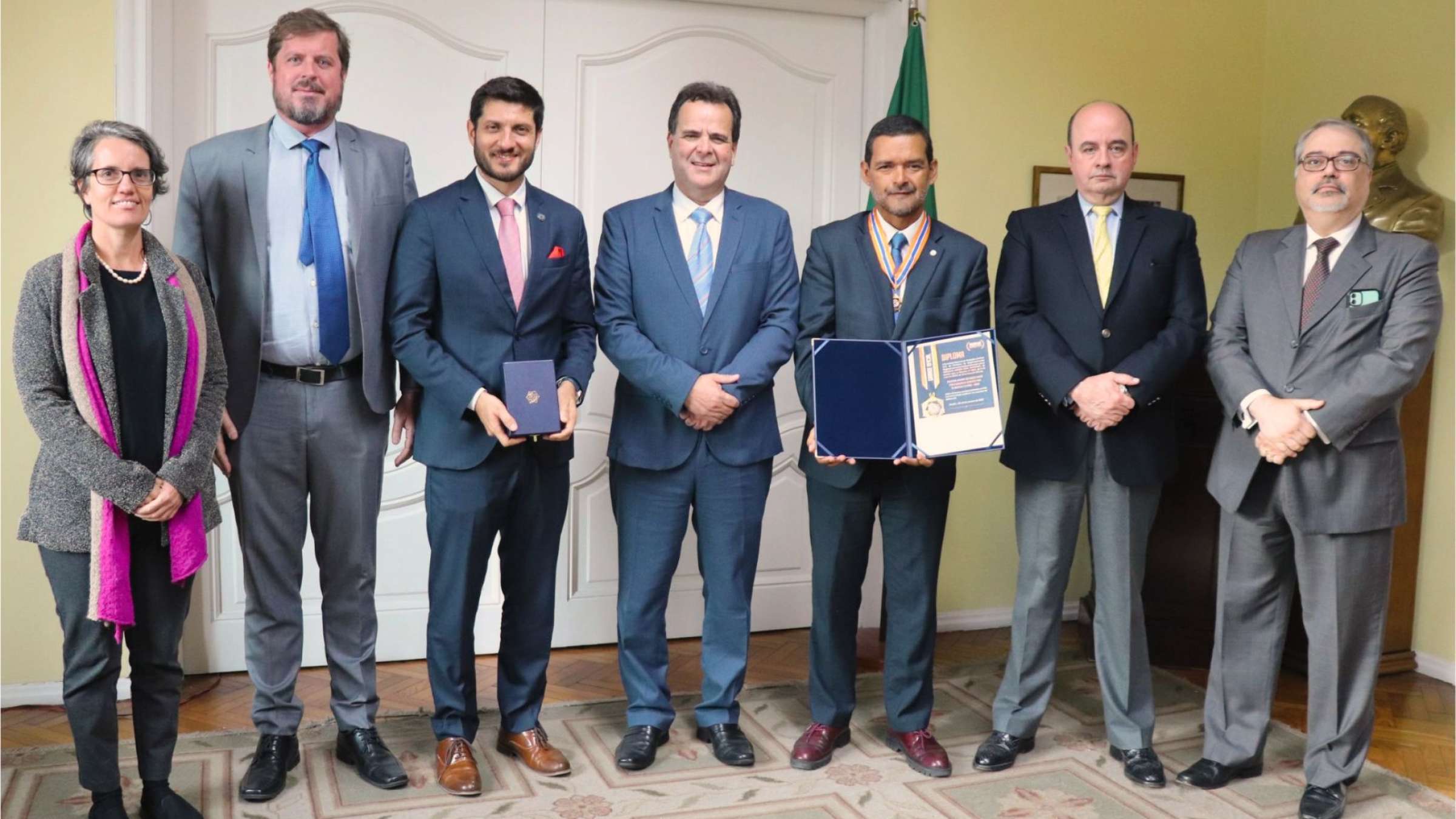 The United Nations Office for Disaster Risk Reduction was awarded the National Medal of the Civil Defense of Brazil for its role in strengthening the protection and civil defense of the country, the Ministry of Regional Development of the Federative Republic of Brazil announced.

"I appreciate this recognition and highlight the commitment of the government of Brazil to the Sendai Framework to advance its priorities, as well as the achievements obtained from different sectors", said Raúl Salazar, chief of UNDRR - Regional Office for the Americas and the Caribbean, who received the medal on behalf of the organization from Alexandre Lucas, National Secretary of Protection and Civil Defense of the Ministry of Regional Development of the Federative Republic of Brazil.

Salazar also highlighted the joint efforts conducted with municipalities under the Making Cities Resilient 2030 initiative (MCR2030), whose aim is to build a more resilient future and reduce the impact of disasters. Currently, 277 municipalities in 18 States in Brazil have joined MCR2030. In addition, there are two Resilience Hubs, 800+ agents trained in resilient cities, and intergovernmental partnerships and partnerships with UN-system agencies, the academia, and ICLEI-Local Governments for Sustainability.

"I am sure that Brazil will play a very important role in the next VIII Regional Platform for Disaster Risk Reduction in the Americas and the Caribbean, to be held in Punta del Este, Uruguay, from February 28 to March 2, 2023, where important decisions will be made in relation to regional progress", Salazar added.

For his part, Lucas congratulated UNDRR for its supporting role in the region. "This is a recognition of the efforts to advance the Disaster Risk Reduction Agenda in the region. The number of persons saved thanks to the implementation of both policies and coordination is incalculable", he said.

Brazil is one of the countries in the region with highest investment rates in research and development in terms of disaster risk reduction. In addition, UNDRR works in close collaboration with CEMADEN (Brazil’s Center for Disaster Monitoring and Alerts), which is an active member of the UNDRR Regional Science and Technology Advisory Group.

Besides UNDRR, the Brazilian government decorated forty-nine other personalities and institutions for their support to civil protection and defense. "I wish to congratulate all the awarded, more in particular all the civil servants in the Ministry of Regional Development. I have developed a lifelong career at the Ministry, and not many times do we recognize the work of our staff. In the civil service, recognition is not usual. I wish to congratulate each and every one working for the institution, both here and all over the country -most of the time without even realizing the important task they do", said Daniel Ferreira, Minister of Regional Development of Brazil.