UNDRR Americas and the Caribbean: 2021, The year of resilience 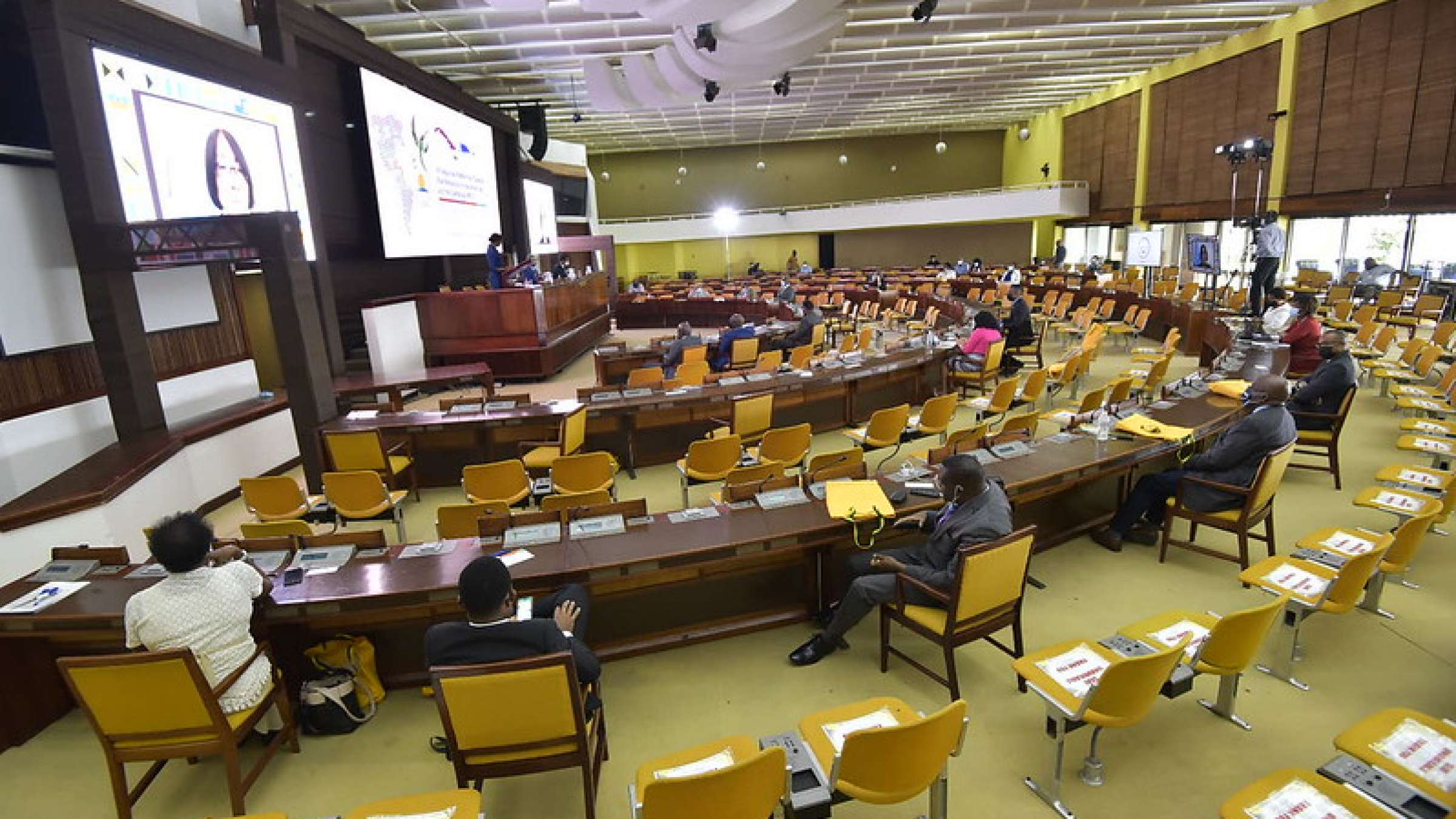 The closing of the VII Regional Platform for Disaster Risk Reduction in the Americas and the Caribbean (RP21) was memorable: at the convention centre in Kingston, Jamaica, and through the virtual connections of panellists and participants throughout the continent, everyone danced to One Love, by Bob Marley. And they danced and celebrated because the event, broadcast to 52,000 people in more than 85 countries, had been a success, not least because of the update of the Regional Action Plan. The region had taken another step towards disaster risk reduction and resilience.

Although the RP21 was the most notable event in 2021 regarding DRR in the region, other great advances strengthened governance, intersectorality and risk management last year.

In March, for example, the Making Cities Resilient 2030 (MCR2030) initiative was launched at the regional level, which advocates for greater resilience and urban planning and already counts more than 300 cities registered in the region. In the middle of the year, Jamaica even became the first country in the world to have all its local governments enrolled in MCR2030. Likewise, Campinas (SP, Brazil), Mexico City (Mexico) and Medellín (Colombia) became the first 'Resilience Hubs' of MCR2030 in the Americas and the Caribbean.

That same month, the Regional Assessment Report on Disaster Risk in Latin America and the Caribbean (RAR 2021) was launched. It showed the progress and challenges for the region in terms of disaster risk reduction and has become a valuable document for the development of related plans and strategies.

The pandemic, in addition to being a catalyst for understanding systemic risk, also created favourable scenarios for the development of different analyses and evaluations. Together with the Economic Commission for Latin America and the Caribbean (ECLAC), UNDRR developed a report titled “The coronavirus disease (COVID-19) pandemic: an opportunity for a systemic approach to disaster risk for the Caribbean,” which offered an even greater understanding of the impact of this health disaster on almost every sector.

In this same sense, the 2021 report of the Intergovernmental Panel on Climate Change (IPCC) was also key to risk management, since it established, for the first time, that many of the changes in relation to the planet's climate system are intensified with global warming, which in turn is impacted by human activities.

The private sector was also one of the main protagonists in the development of disaster risk reduction strategies last year, as several regional networks joined forces, achieving a historical total of 21 regional networks through the Private Sector Alliance for Disaster Resilient Societies (ARISE). ARISE was also a strategic partner in the preparation of the RP21, with one of the preliminary events dedicated precisely to strengthening this sector.

However, this was not the only network that UNDRR promoted in the region during 2021. In alliance with UN Women and the Global Network of Civil Society Organisations for Disaster Reduction (GNDR), the Latin American and Caribbean Network of Women for Disaster Risk Reduction was launched, which counts more than 900 members so far.

In November, the working group for DRR within the framework of the Statistical Conference of the Americas (SCA) for 2020-2021, made up of 9 national statistical offices under the technical secretariat of UNDRR together with ECLAC and with the assistance of the UNEP, UNDP and OCHA technical team, presented its document on institutional and methodological recommendations for the measurement of SDG indicators related to disasters and the Sendai Framework for Disaster Risk Reduction. The group's proposal was also approved as part of the biennial 2022-2023 programme of the SCA.

Other networks in the region were also strengthened during the year, such as the Inclusive Risk Management Network for Disasters and Disability in Latin America and the Caribbean (GIRDD-LAC Network) and the youth network.

With regard to youth, although no formal network was created, the Youth Forum for Disaster Risk Reduction was held for the first time as an event prior to the RP21. The Forum issued an official declaration, which was presented at the Ministerial Meeting of the RP21.The Forum, which will be an official part of the next regional platforms, has strengthened youth organizations in the region.

Science as a bridge in disaster risk reduction was also an important part of UNDRR’s agenda for the Americas and the Caribbean, with the organisation of a series of online dialogues during the last quarter of the year. The document “Key Recommendations for Strengthening Science and Technology in Disaster Risk Reduction in the Americas and the Caribbean” was developed, to be published in the coming months. In addition, the Regional Science and Technology Advisory Group (R-STAG) produced a report on the role of data in decision-making and another one on systemic risk in conjunction with the University of the West Indies (UWI).

Education was one of the sectors most impacted by the pandemic, with billions of students missing classes or falling behind in their academic development. The Infrastructure Project Management Guide was created through the Development Bank of Latin America in the context of the Comprehensive School Safety Framework with the intention of supporting public sector actors, executors and managers of educational infrastructure programmes. The Virtual Caribbean Safe School Initiative Pre-Ministerial Forum was also held, which served as a prelude to the Third Caribbean Safe School Ministerial Forum, which will be hosted by the Ministry of Education in Sint Maarten, and which was initially scheduled for May 2021.

The workshop entitled “Enhanced disaster preparedness for systemic risk in complex scenarios: challenges and opportunities,” organized with the support of the Directorate-General for European Civil Protection and Humanitarian Aid Operations (ECHO), was fundamental in presenting evidence on how disaster preparedness has an impact on emergency response, anticipatory action and early recovery in the context of different risk situations in the region.

2021 was a very important year for disaster risk reduction. Although the pandemic had a greater impact a year earlier, last year was vital for reflecting on systemic risk and the importance of DRR. The UNDRR Regional Office for the Americas and the Caribbean, through its programmes, used this platform to foster a greater understanding of risk, more investment, increased preparedness, as well as the strengthening of good governance. Thanks to the support of our partners and donors, intensive collaboration on national plans and national databases on damage and losses took place. Almost all countries in the region already have disaster risk policies and strategies in place or are in the process of developing or updating them, including at the level of the four intergovernmental agencies led by CAPRADE/CAN, CDEMA/CARICOM, CEPREDENAC/SICA and RMAGIR/MERCOSUR, while 80% of the countries in the region are making use of the online system for monitoring and reporting progress in the implementation of the Sendai Framework. All this has renewed the high-level and political commitment to disaster risk reduction in our region. It was a year in which the slogan “Prevention Saves Lives” resonated louder than ever.