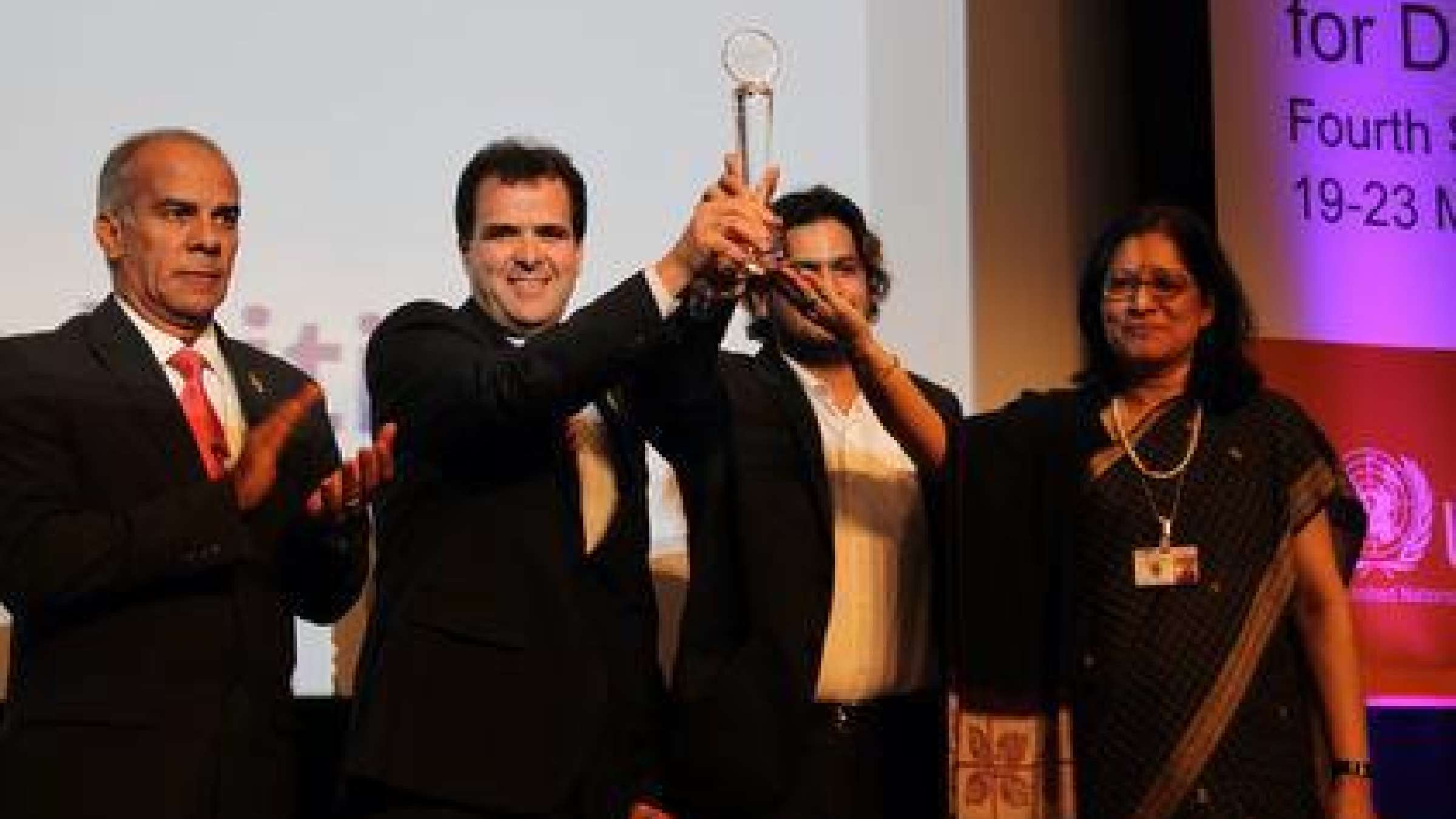 “There is plenty more we can do to manage risk,” said Margareta Wahlström, the UN Special Representative for Disaster Risk Reduction and head of UNISDR. “As societies become more complex, our strength will come from being able to anticipate and plan for many eventualities. Will our cities be able to support our growing numbers? Will our roads, bridges, schools and hospitals stay in good shape to serve us? As our needs grow, will our oceans, rivers and open land retain their natural functions?”

“We hope people around the world will respond to our call by proposing the names of individuals or groups that have the ability to inspire new ways of thinking about the way we develop our societies and treat the planet,” said Ms. Wahlström.

UNISDR has found that around 70 developing countries still lack the means to provide citizens with basic information, such as how climate change can affect agriculture and local weather patterns. Among the bustling cities of the developed world, a large number – 90 per cent by some estimates – are near flood-prone waterways, placing billions of dollars of assets in jeopardy without the right financial instruments to pay for damages.

Under the 2015 theme “Shaping the Future,” an independent jury of experts will award the prize to the candidate demonstrating an ability to act ahead, who is comfortable with tackling uncertainty and is skilled at managing resources and listening to new voices – all directed towards reducing risk.

The winner will be announced at the Third United Nations World Conference on Disaster Risk Reduction planned for 14 to 18 March in Sendai, Japan. The World Conference is set to adopt a new global framework for disaster risk reduction which many hope will build on the current Hyogo Framework for Action: Building the Resilience of Nations and Communities to Disasters, which countries have used in the past ten years to rally citizens towards more responsible development.

“Since 2012, governments and a wide range of stakeholders including local authorities, parliamentarians, civil society organizations, businesses, youth and the scientific community have consulted with one another on what the new framework should say. As the UN body tasked with facilitating those consultations, we are hopeful that governments will agree on a forward-looking framework that recognizes the world’s need to grow while staying alert to new risks,” she said.

The deadline for submissions is 31 October 2014. The winner will be announced on 17 March 2015, just as governments prepare to conclude their deliberations at the Sendai Conference. The awardee will receive a prize of US$50,000.

How to nominate a candidate:

For more information contact the UNISDR Sasakawa Team via: wcdrr2015-sasakawa@un.org.