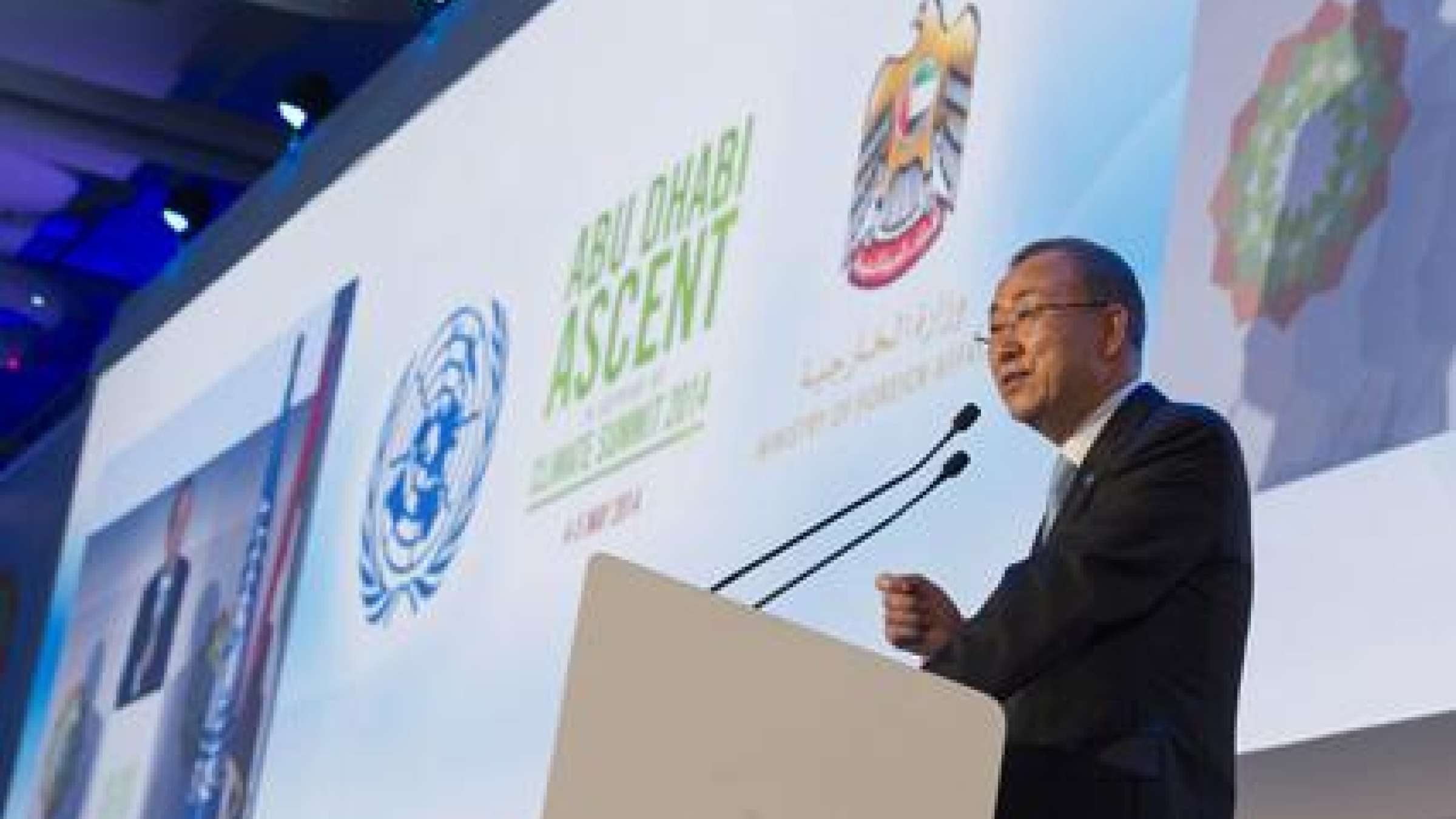 5 May 2014, ABU DHABI/GENEVA - New technologies that enable communities to visualize disaster risk and take action, are to be made available for cities worldwide as a result of collaboration between Esri and the United Nations Office for Disaster Risk Reduction (UNISDR).

Esri, a world leader in Geographic Information Systems (GIS) technology, and the UNISDR announced their new partnership at the Abu Dhabi Ascent, a high-level meeting to generate momentum ahead of the September 23 Climate Summit being convened by the UN Secretary-General Ban Ki-moon. The two-day meeting which concludes today brought together government representatives and leaders from business, finance and civil society to develop proposals for action on climate change.

The new initiative will support the efforts of the 1,800 cities of UNISDR’s Making Cities Resilient Campaign to improve land use and urban planning by providing access to the very latest mapping technology and encouraging the development of new apps for urban resilience.

Responding to the UN Secretary-General's call for world leaders to mobilize their most ambitious plans for climate action, the initiative leverages the same technology platform that US President Barak Obama unveiled for American cities last month. The maps provided through the partnership establish the foundation for mobilizing larger tangible commitments to disaster risk reduction that will be announced at the Climate Summit in September.

Esri President, Jack Dangermond, said: “Just as we’re supporting President Obama’s climate resiliency initiative in the US, we are committed to providing expertise, support, and capabilities on a global scale for the Making Cities Resilient effort. Populations and economies are becoming increasingly concentrated in urban areas. The experience of cities already working to build their resilience are essential for helping us all to understand climate impacts and plan measures to reduce exposure to disaster risk in the 21st century.”

Margareta Wahlström, the head of UNISDR, said: “Land use and location of critical infrastructure such as schools and hospitals are key to good planning for all communities, large and small. Planners must deal with spatial information if they are to reduce risk and build resilience to disasters. This partnership with Esri can help bridge the gap between aspiration and implementation by putting the latest science and technology at the disposal of those who have joined the Making Cities Resilient Campaign.”

As part of the initiative Esri will launch an app challenge centered around UNISDR’s 10 Essentials for Making Cities Resilient at its July Users Conference, an announcements of prizes and awards will follow.