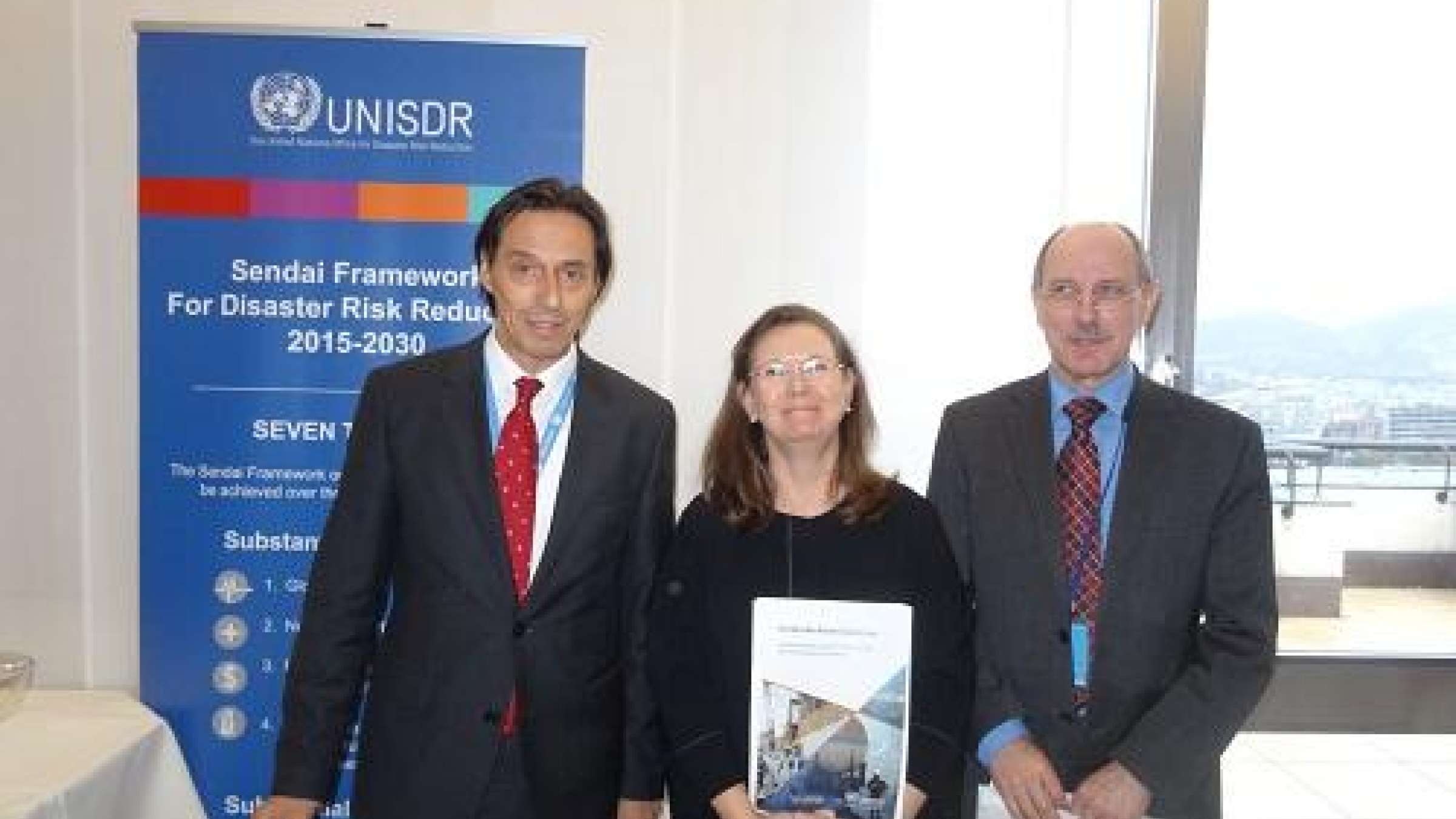 GENEVA, 4 December, 2018 – The United Nations Office for Disaster Risk Reduction (UNISDR) today launched the Implementation Guide for Man-made and Technical Hazards in response to the growing number and magnitude of man-made disasters worldwide.

UNISDR Director, Kirsi Madi, speaking at the launch -  hosted by HE Vojislav Šuc, Permanent Representative of the Republic of Slovenia - said: “Major technological accidents such as the Bhopal gas tragedy in 1984, the Chernobyl nuclear accident in 1986, and the Deepwater Horizon oil spill in 2010, clearly illustrate the urgent need to tackle these hazards within the overall frame of inclusive disaster risk management.”

Ms. Madi also cited how technological disasters can ensue from a natural hazard event “in which industrial or other facilities are damaged as was the case in Japan following the 2011 earthquake and tsunami which led to the Fukushima nuclear meltdown.”

The guide is the latest in the “Words into Action” series launched by UNISDR to support implementation of the global plan to reduce disaster losses, the Sendai Framework for Disaster Risk Reduction 2015-2030, which expanded the traditional remit of disaster risk management beyond natural hazards such as earthquakes, floods, storms and drought to include “man-made hazards, as well as related environmental, technological and biological hazards and risks.”

The implementation guide was developed in collaboration with the Joint Unit of the United Nations Environment Programme (UNEP) and the United Nations Office for the Coordination of Humanitarian Affairs (OCHA) with expertise and inputs from many other partners.

Rudolf Müller, OCHA Chief of Emergency Services Branch, acknowledged UNECE’s contribution to the challenges of managing industrial accidents through the Convention on the Transboundary Effects of Industrial Accidents. Mr. Müller praised the guide as a contribution “to strengthen national and local disaster management plans, to support training and capacity building and to raise awareness of the risks and impacts of man-made and technological disasters.”