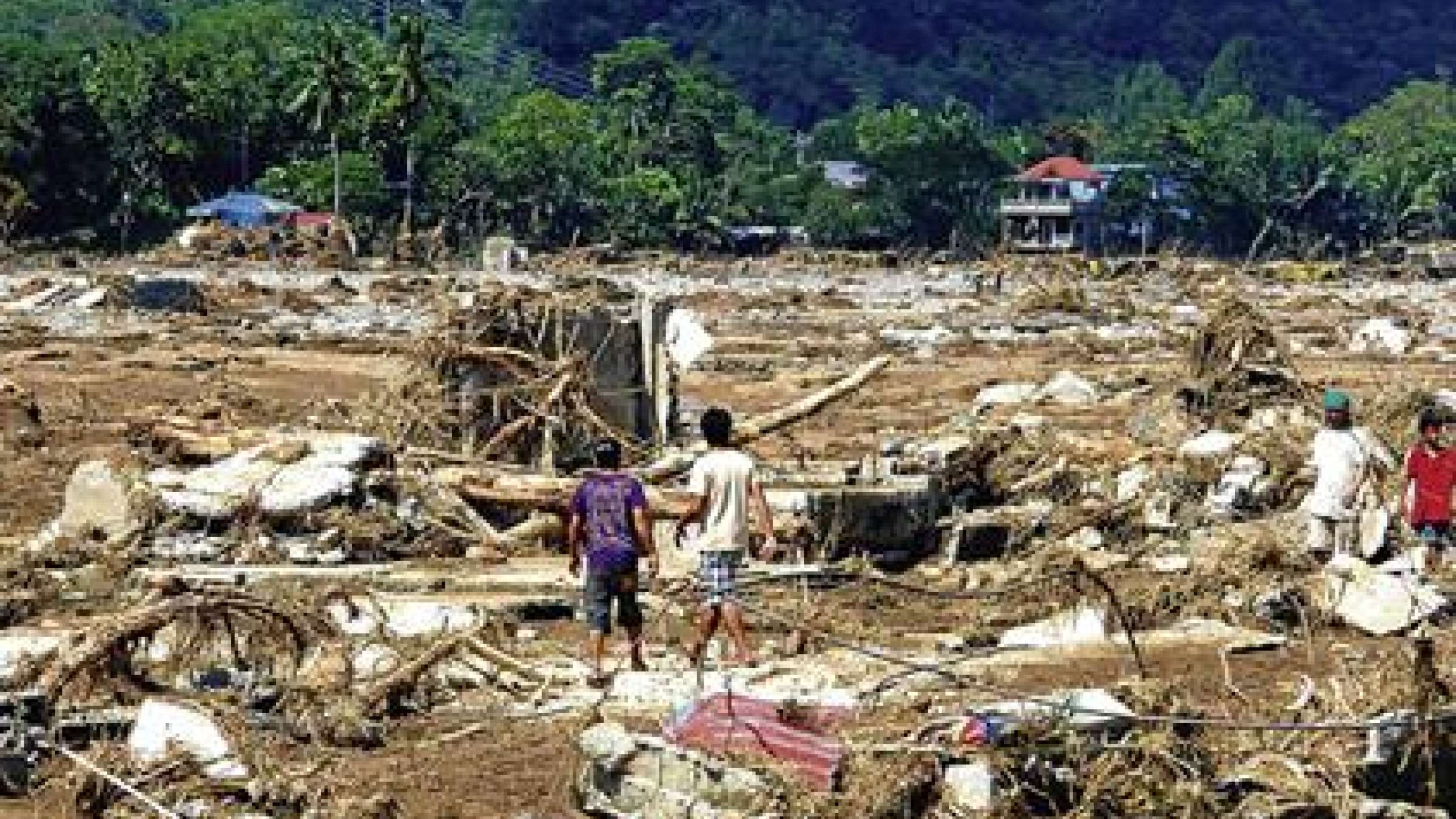 GENEVA, 20 December 2011 - President Benigno Aquino of the Philippines today declared a “National State of Calamity” as the official death toll from Typhoon Sendong reached almost 1,000 and 338,000 people remain affected in 13 southern and central provinces. Almost 50,000 people who lost their homes are in shelters.

Media reports in the Philippines said that the disaster was modeled in 2009 in an exercise involving the World Wide Fund for Nature-Philippines, the Philippine Imperative for Climate Change (PICC) and Filipino scientists, which showed the vulnerability of the affected coastal cities of Cagayan de Oro and Iligan on the island of Mindanao.

Nereus Acosta who headed the PICC and currently serves as the Presidential adviser for the environment, said the simulation exercise showed that these cities would be hit by massive floods from the overflow of river basins and sea-level rises.

“Cagayan de Oro and Iligan are vulnerable because they sit near mountain ranges and are coastal areas. It would really hit where it hit now,” he told the Philippine Daily Inquirer. Acosta recalled that he was accused of being “too alarmist” when he presented the original findings.

“With the more destructive disasters that have come before us, it is high time that the NDRRMP be immediately launched as this outlines the specific strategies to reduce disaster risks,” she added.

According to the DRRM Act, which was signed into law in 2010, the NDRRMP must provide for the identification of hazards, vulnerabilities and risks to be managed at the national level; disaster risk reduction and management approaches and strategies to be applied managing said hazards and risks; agency roles, responsibilities and lines of authority at all government levels; and vertical and horizontal coordination of disaster risk reduction and management in the pre-disaster and post-disaster phases.

“As envisioned in the law, this National Plan will guide the formulation and implementation of a comprehensive and integrated local disaster risk reduction and management plan (LDRRMP). Without a national disaster prevention plan rolled out at full speed, cities and municipalities will be unprepared and repeatedly battered by unexpected disasters,” the Senator stressed.

Legarda added that local governments must ensure that their development plans can withstand the impact of worsening disasters and climate change.

“Climate change is a clear and present danger. It is a national security concern. Demanding immediate government action to address its impact is the very least we can do in remembrance of the Mindanao flashflood victims who would have hopefully issued a wake-up call for everyone,” the Chair of the Senate Committee on Climate Change pointed out.

Philippines is the latest country in Asia to begin to systematically account for all its disaster losses, using standardized criteria and definitions and local level geo-referencing.