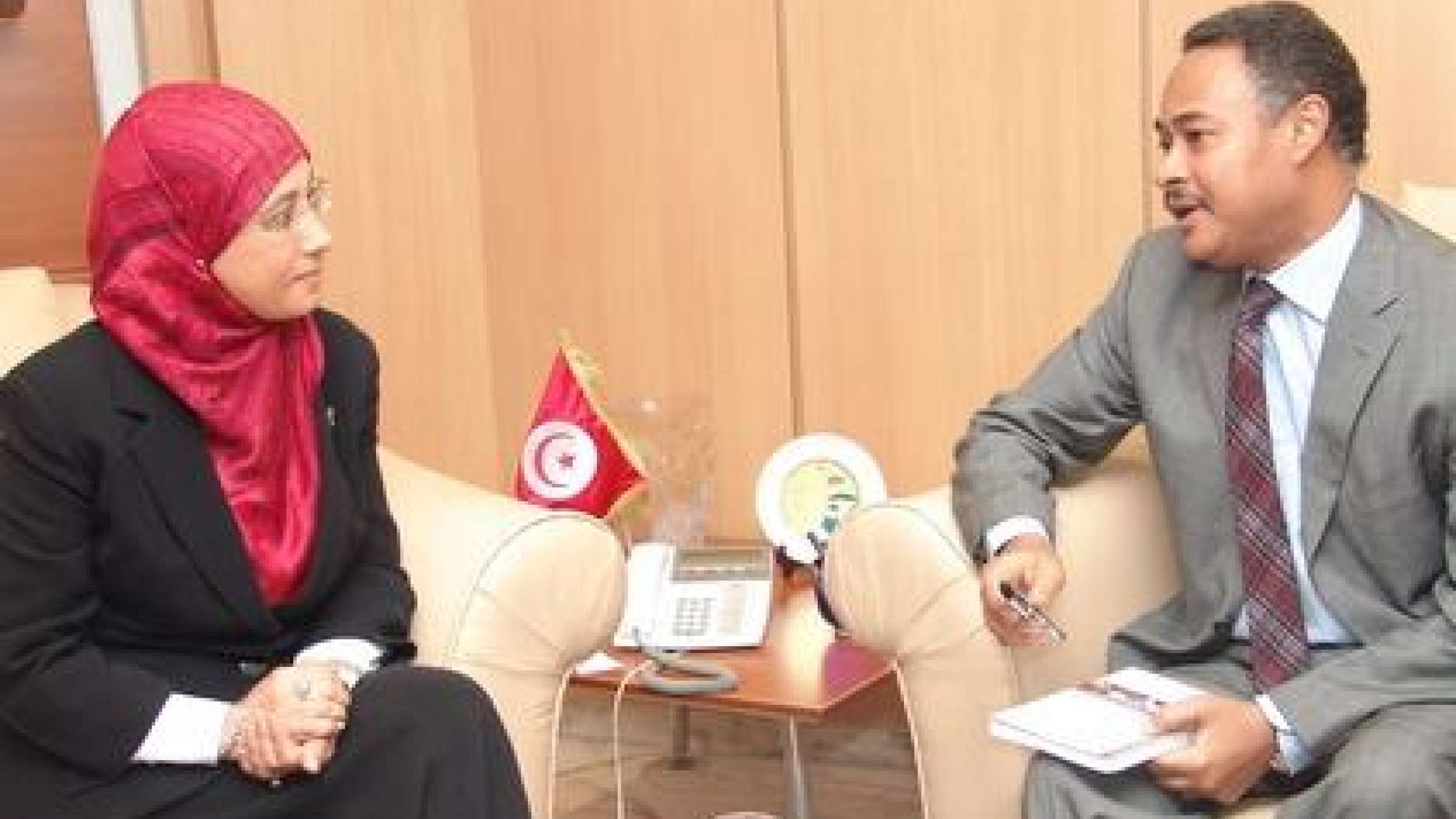 CAIRO, 31 August 2012 - The Government of Tunisia announced that it will establish a National Platform for Disaster Risk Reduction (DRR), a multi-stakeholder national mechanism that will provide coordination and analysis of DRR at different levels in the country. There are now 82 National Platforms worldwide supporting implementation of the priorities outlined in the Hyogo Framework for Action.

The announcement came in a statement from the Minister of Environment, Mamia Benna Zayani, during a disaster risk reduction training event conducted by UNISDR in collaboration with the Government of Tunisia and the United Nations Development Program (UNDP) in Tunis.

Minister Benna Zayani stressed the urgent need for a national coordination mechanism to better inform, coordinate and trigger action to address disaster risk. She also referred to recent unusual events in Tunisia, like the cold wave and heavy floods that hit communities in the North-Western part of Tunisia as evidence that climate is becoming more and more unpredictable.

Important steps are being undertaken to make the country more resilient to disasters. Tunisia is also in the process of compiling its first ever progress report on implementation of the Hyogo Framework of Action (HFA), the international framework that outlines disaster reduction priorities and actions to reduce losses in lives and livelihoods by 2015. Before 2012, only 9 out of 22 Arab countries had finalized their HFA reports.

Tunisia also agreed on establishing and institutionalizing a national disaster loss database as an essential step towards enhancing risk information systems in the country and to provide guidance to risk-sensitive development and investment policies.

The disaster losses database is expected to strengthen understanding of Tunisia's main natural hazards, vulnerable areas and risk factors to help in defining measures to reduce weather-related hazards such as droughts and floods, as well as climate induced sea level rise. These efforts will also shed light on the links between climate change, extreme weather events and water scarcity in Tunisia and the Arab region.

Amjad Abbashar, Head of the Arab States Regional Office for Disaster Risk Reduction, said: "Tunisia's triple commitment to establishing a National Platform, a disaster loss data base and reporting on the HFA, illustrate its strong commitment to undertaking essential actions that will help to mainstream DRR in the country's development efforts".

Minister Benna Zayani said that "the Government of Tunisia is mobilizing local civil society organizations to ensure that they play their crucial role in disaster risk reduction."

The UNISDR training - held in Tunis this week under the auspices of the Tunisian Ministry of Environment - was financed by the Swedish International Development Agency (SIDA) as part of the Regional Initiative for the Assessment of Climate Change Impacts on Water Resources and Socio-Economic Vulnerability in the Arab Region (RICCAR), which is coordinated regionally by the United Nations Economic and Social Commission for West Asia (ESCWA).