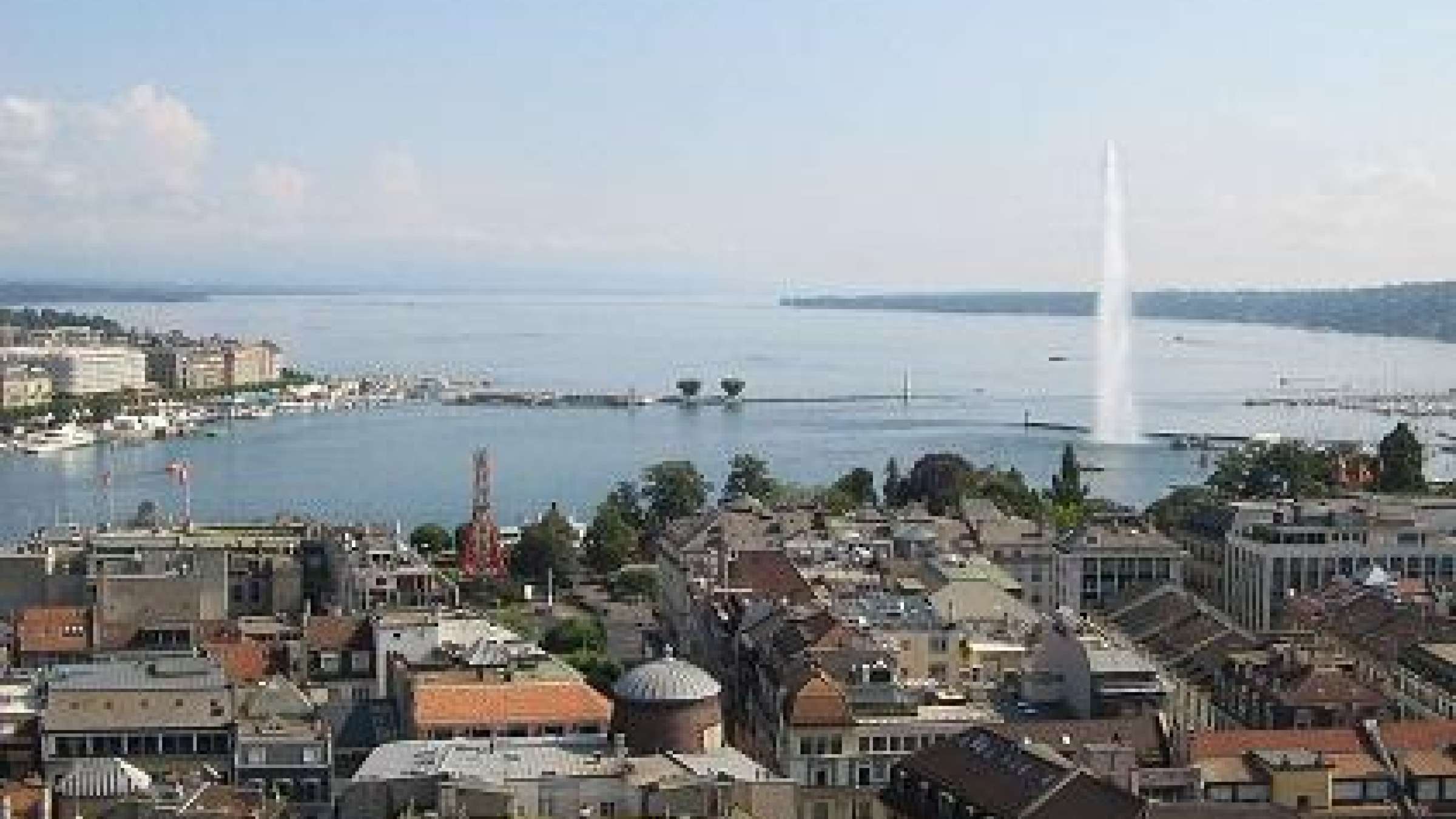 The Lake Geneva and its jet d'eau (Photo: Wikipedia)

Geneva, Switzerland, 6 October, 2017 - Earthquakes and tsunami may be rare events in Switzerland but they can happen. In 563, a mudslide triggered a tsunami in Lac Leman (Geneva's lake) creating waves which reached around 8 meters in Geneva and 13 meters in Lausanne.

Switzerland suffered its most devastating earthquake in Basel in October 1356 which has been measured at 6.6 on the Richter scale. The earthquake destroyed the city of Basel and caused much destruction in a vast region extending into France and Germany.

“The possibility of a damaging earthquake in Switzerland is small but not insignificant”, says Professor Jean-Jacques Wagner, Swiss seismologist at the University of Geneva who confirms that there are on average between 500 and 800 tremors recorded per year in Switzerland.

The probability of a tsunami in the Lake is nevertheless “rare and only happens once or twice per millennium.” said Dr. Stéphanie Girardclos who works for the Institute for Environmental Sciences at the University of Geneva, Switzerland.

She says: “Tsunamis may occur again in the future considering their causes and triggers and will for sure expose more people this time as more people are living by the lake. The number of people who could be affected may vary between 10,000 to 100,000 depending on the tsunami magnitude.”

Stephanie and her team work on tsunami risks and were among the first researchers to discover the origins of the 563 Tsunami in the Geneva Lake.

Dr. Girardclos explains: “We found a huge quantity of sediments deposited in the upstream part of Lake Geneva and we analyzed it. We discovered that they resulted from the collapse of a mountainside called Tauredunum in the eastern end of the Lake Geneva which caused a large displacement of water and triggered a huge tsunami across the Lake. The Tsunami swept away villages on the shoreline and struck the city of Geneva with such force that it washed over the city walls and killed many of the inhabitants.”

The two Swiss experts, Stéphanie Girardclos and Jean-Jacques Wagner will be present at the UNISDR booth this Saturday, 7 October at the Palais des Nations, UN building as part of the UN Open Day in Geneva. Both experts will raise awareness on earthquake and tsunami risks in Switzerland and take questions from the thousands of participants who will attend the UN Open Day.

UNISDR will organize two sessions with them in the lead up to the International Day for Disaster Reduction on 13 October and the World Tsunami Awareness Day on 5 November.

On the same occasion, visitors will be able to watch three VR earthquake simulations and to learn more about the seismic base isolation system. This technic is one of the most popular means of protecting a structure against earthquake forces and is widely used in Japan to reduce earthquake impacts.