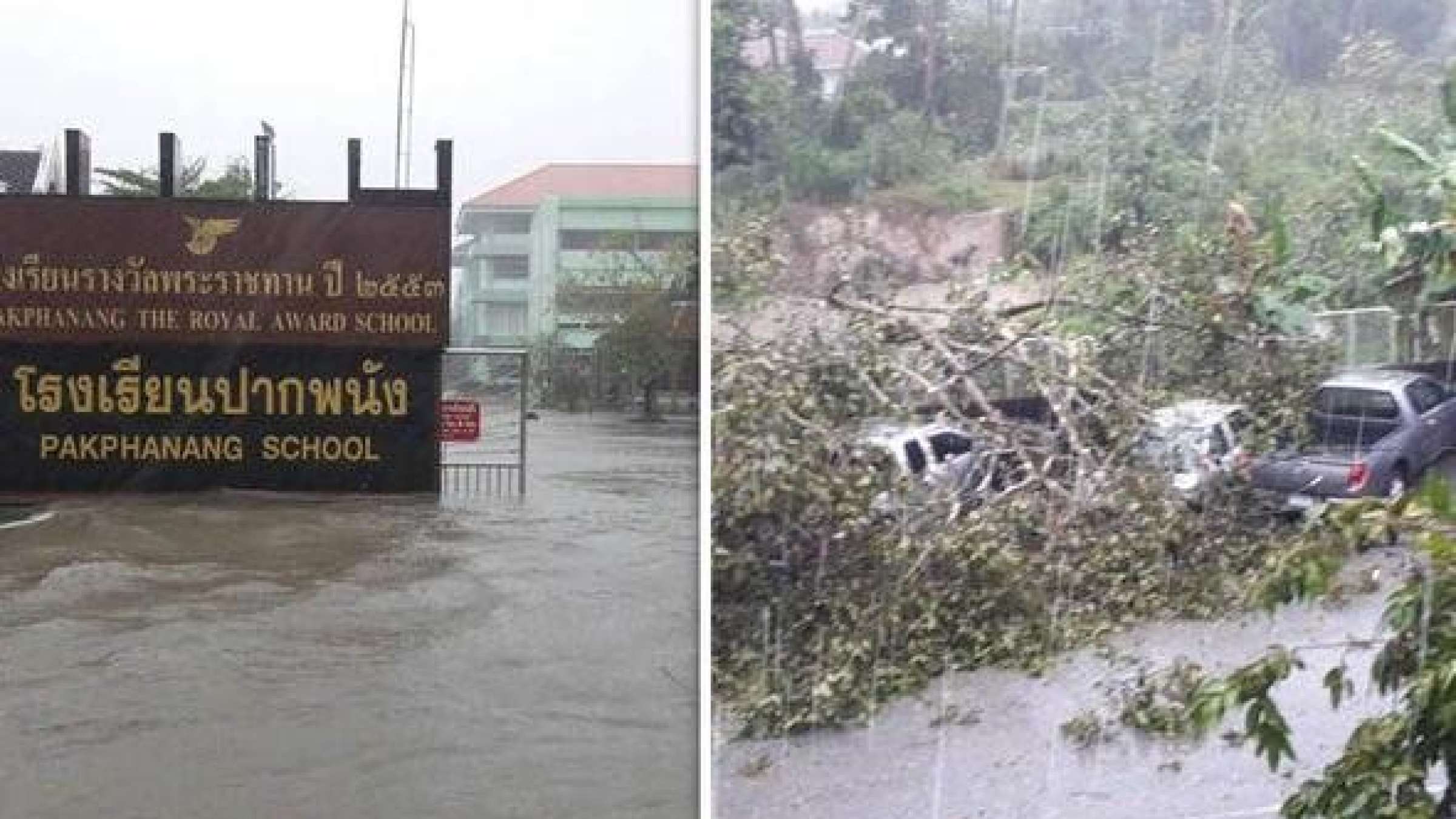 BANGKOK, 10 January 2019 – Early warning and early action helped ensure that tropical storm Pabuk, which struck the southern region of Thailand last week from 3 to 5 January, passed with limited loss of life. The storm, however, caused high economic losses and considerable damage to critical infrastructure, including schools and hospitals.

Warnings were first issued on 1 January, when Pabuk was still a tropical depression. By the time the storm made landfall, Thai authorities had evacuated about 30,000 people living in the coastal districts into shelters. They also suspended flights and ferry services, raised red warning flags on the beach to ban swimming, and advised fishermen to stay ashore.

According to Thailand’s Disaster Prevention and Mitigation Department, Pabuk affected 212,784 people across 2,635 villages in 18 provinces. Seven people were reportedly killed, two of whom were volunteers who died during rescue missions. The casualty figures could have been much higher if not for the government’s preparedness and early actions. Ahead of the storm, many worried of a repeat of tropical storm Harriet, which killed around 900 people in 1962.

“Even though this storm was very powerful and comparable to tropical storm Harriet, a good weather forecast system, as well as an advance disaster warning and evacuation, ensured there were only a few casualties,” said Seri Supharatid, Director of Rangsit University’s Centre on Climate Change and Disaster, in an interview with Thailand’s The Nation newspaper.

After the storm passed, the most affected areas in southern Thailand continued to struggle with flooding, uprooted trees, downed electric poles, and flattened fruit plantations. Moreover, since the storm struck Thailand during its peak tourism season, it threatened the livelihoods of thousands who depend on income from tourism. While there is no official estimate yet of the total amount of damage, the Thai Chamber of Commerce’s Centre for Economic and Business Forecasting, estimates economic losses at around 150 million U.S. Dollars.

This reinforces a trend seen elsewhere in the region, where improvements in early warning systems and disaster response have resulted in fewer deaths, but the economic cost of disasters continues to rise due to more people and economic activity being concentrated in in high-risk coastal areas. According to the Bangkok Post, Pabuk damaged around 435 schools and up to 29 public hospitals:

At Pak Panang Hospital the flooding reached as high as one meter within a few hours, local authorities said. The hospital’s power generator reportedly broke down, forcing doctors to marshal soldiers into an emergency rescue situation as they ferried eight patients in serious condition to another hospital nearby.

Hospitals, critical infrastructure, and public service facilities play an important role in recovery and rehabilitation efforts after a disaster, which is why the Sendai Framework for Disaster Risk Reduction - the global plan for reducing disaster losses - includes target (d) which seeks a substantial reduction in damage to critical infrastructure. This target will be a key area of focus for UNISDR advocacy in  2019.

Thailand is moving to implement target (e) of the Sendai Framework which seeks a substantial increase in the number of countries with national and local strategies for disaster risk reduction by 2020.

To meet this target, the Government of Thailand asked UNISDR to organize a multi-agency national workshop to support the revision of its current National Disaster Risk Management Plan, which was developed in 2015, to align it with the Sendai Framework. This national workshop will take place in Bangkok, Thailand, from 14-16 January.

Having a Sendai Framework aligned national disaster risk reduction strategy is critical to informing how a country assesses its risks, develops its plans and allocates resources to implement disaster risk reduction measures. The strategy also ensures that a multi-stakeholder approach is adopted, and more importantly, that all members of society, especially the most vulnerable, are protected from the most negative effects of disasters.