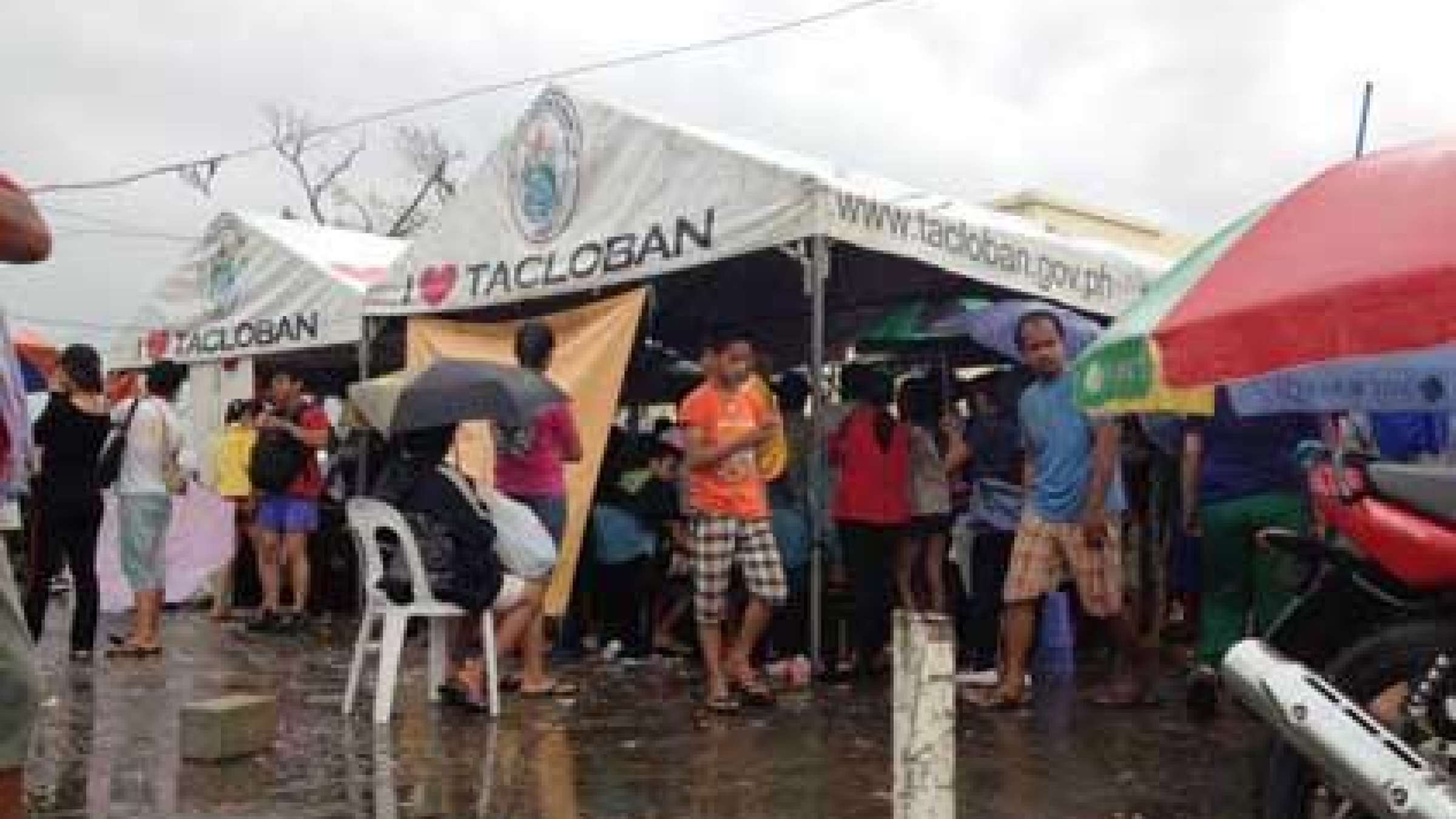 Tacloban is one of the hardest hit cities after Typhoon Haiyan, considered by some to be the strongest storm ever recorded upon landfall, slammed into the Philippines. (Photo: Plan Asia)

GENEVA, 12 November 2013 - The Head of the UN Office for Disaster Risk Reduction, Margareta Wahlström, today extended her condolences to the Philippines government and people on the heavy loss of life and extensive damage to critical infrastructure, homes and workplaces caused by the devastating Category 5 Cyclone Haiyan or Yolanda as it is known in the Philippines.

Ms. Wahlström said: "The Philippines has borne the brunt of this extreme weather event but the fact of the matter is that it could be repeated in many other coastal locations around the world and especially in Asia. It is clear that the world is in uncharted territory when it comes to disaster events like Typhoon Haiyan and there is a need for a dramatic scaling up of our efforts to protect vulnerable populations and exposed assets from the threat of natural hazards.

"There is an urgent need to revisit the links between disasters and poverty. It is clear that education, early warnings, urban planning and building codes are key issues for renewed consideration in a world where all bets are off in terms of disaster impacts. Typhoon Haiyan is a major setback for those of us who thought that the world was becoming more successful in reducing loss of life from major weather events.

"Changes to the built environment combined with the influence humankind is having on climate change makes it likely that we will see more unpredictable and unprecedented weather events where storm surges, violent winds and heavy rains will combine to undermine development efforts..

"This is a tragedy on a par with the Indian Ocean tsunami of 2004 which led to a revolution in official attitudes towards disaster risk and paved the way for agreement on the world's first-ever global framework for disaster risk reduction, the Hyogo Framework for Action which is about to be replaced.

"The greatest honour we can pay to those who have lost their lives and their homes in this tragedy is to ensure that everything possible is done to address the underlying risk factors which resulted in such huge loss of life. This event will have a major impact on the discussions now underway on a new global framework for disaster risk reduction."