Spotlight on risk reduction for Rio+20 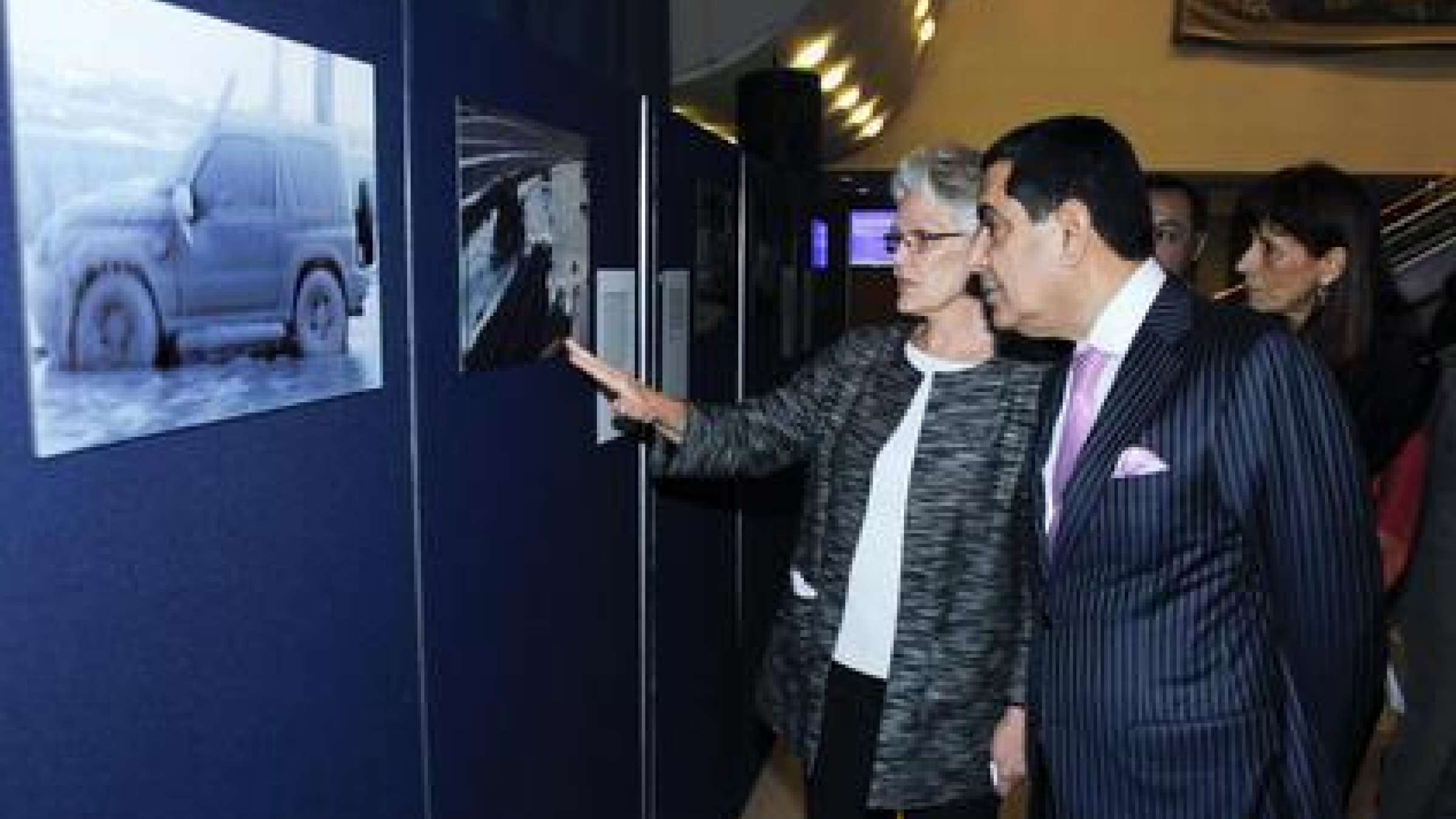 H.E Mr Nassir Abdulaziz Al-Nasser, President of the 66th Session of the UN General Assembly, with the Special Representative of the Secretary-General for Disaster Risk Reduction, Ms Margareta Wahlström, at the opening of the exhibition 'Saving the Day After Tomorrow: Accelerating sustainable development through disaster risk reduction' (UN Photo / Paulo Filgueiras)

NEW YORK, 23 March 2012 - The newly formed Group of Friends for Disaster Risk Reduction this week launched a powerful photo exhibition at the UN in New York to coincide with the opening of the so-called "informal-informal" negotiations leading up to the 2012 UN Conference on Sustainable Development or Rio+20.

The Group of Friends is co-chaired by Australia, Indonesia, Norway and Peru and was formed last month to provide governments with a forum to discuss elements of disaster risk reduction that can be reflected in the outcome document of Rio+20.

Talks on the "zero draft" outcome document began in New York on Monday, with welcome remarks by the Secretary-General of the Conference, Sha Zukang, the United Nations Under-Secretary-General for Economic and Social Affairs.

He told delegates: "We all know that there are new and emerging challenges that were not as pressing in 1992, as they are today. And now the world's people rely on you - and your work on this text - to show the way forward."

Enrique Roman Morey, Peru's Permanent Representative and one of the co-chairs of the Group of Friends for Disaster Risk Reduction, said: "In the run-up to the Rio+20 conference, we are happy to note that the importance of disaster risk reduction has been broadly embraced by countries and regional/political groups as it is currently reflected in the compilation text of the zero draft."

"Integrating disaster risk reduction into development -- what does it mean? These photos show you that it involves education, risk management, creating safer urban areas by tackling informal settlements. It means shoring up coral reefs and mangroves to counter a depleted ecosystem. It means food security."

The exhibition's title is a play on the name of the 2004 Hollywood film The Day After Tomorrow, which examines what would happen if global warming caused a cataclysmic climatic event.

The caption to one photo reads: "On Char Kukri Mukri, an isolated and highly exposed island in the Bay of Bengal, community members work together to harvest mangrove seeds from locally grown pods. Once extracted, those seeds will be germinated, placed in a nursery and cared for before being planted amongst the island's established mangroves. It is these mangroves which provide a natural barrier, reducing the impact of frequent high-tides, storm surge and cyclones."

That photograph is one of 26 on display at the Delegates' Entrance to the United Nations General Assembly and provides an appropriate backdrop to the this first round of talks on Rio+20 which run until next Tuesday. The exhibition runs until Friday, March 30.

"The debate will bring some of the world's leading thinkers and practitioners on development and risk management together for an interactive dialogue that, I trust, will support Member States in the lead-up to Rio. Together we must ensure that the growing international momentum on disaster risk reduction delivers clear results at the Rio+20 Conference in June," said Mr. Al-Nasser.