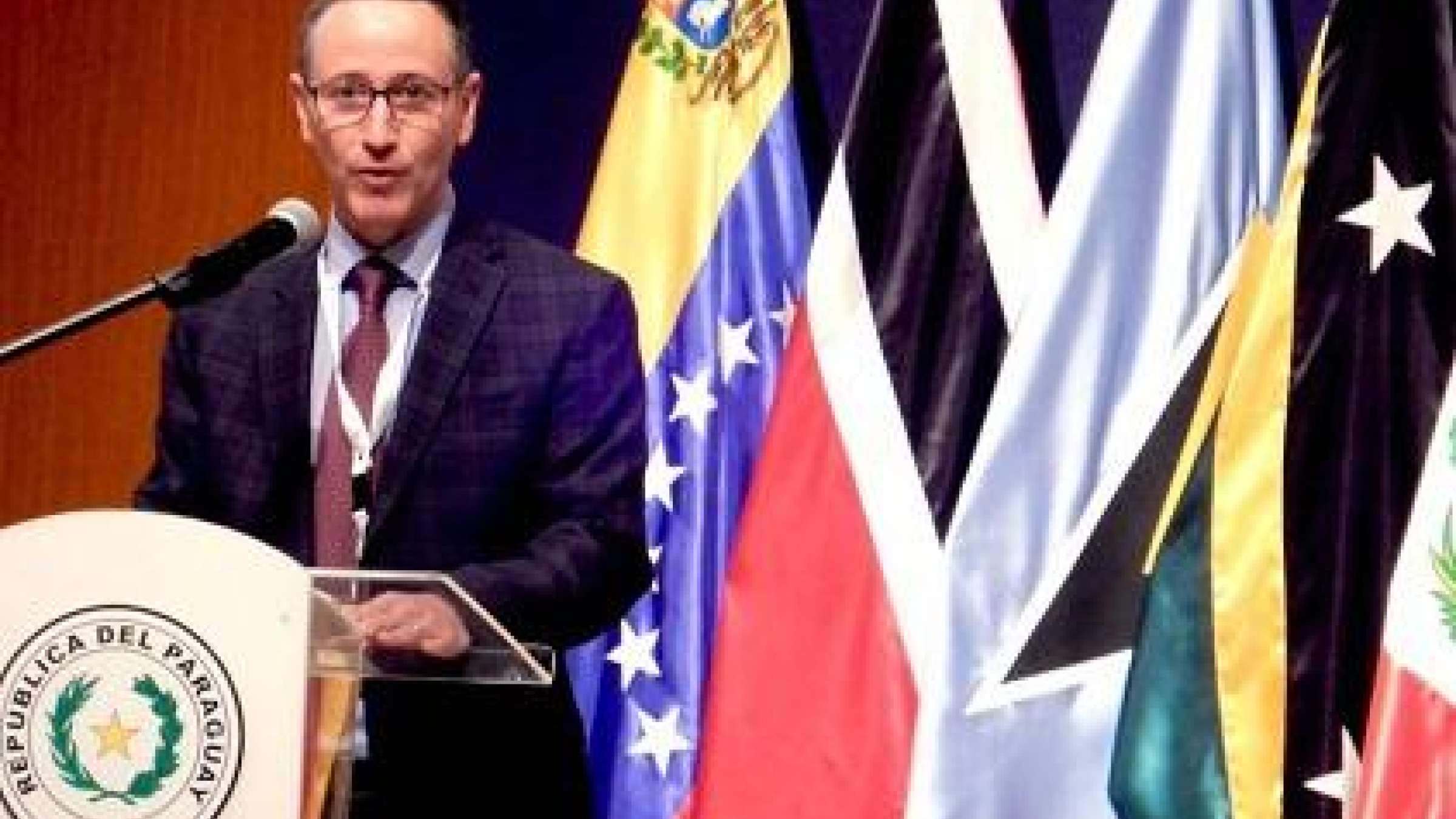 Distinguished Ministers and delegates, ladies and gentlemen.
I would like to offer my sincere thanks to  the Government of Paraguay for hosting this first ever Ministerial Meeting on the Implementation of the Sendai Framework for Disaster Risk Reduction in the Americas.
I would also like to thank the donors and UNISDR partners who have made this meeting possible through their participation and financial support: the US Agency for International Development Office of Foreign Disaster Assistance (USAID OFDA); the EU Humanitarian Aid and Civil Protection Department (ECHO) , the Swiss Development Cooperation (SDC), FAO and UNDP.
I believe this meeting marks the beginning of a new phase in the region’s growing sophistication when it comes to strengthening disaster risk governance and ensuring that risk informed decision making becomes part of the daily life of government. The outcome of  this Ministerial meeting can become the basis of a  plan of action to be endorsed at the Regional Platform to be hosted in Canada early next year.
The importance which the 35 countries of the region attach to strengthening disaster risk governance is clear from the presence here of government ministers, vice-ministers and representatives of key national organizations with functional responsibilities for ensuring that state investments in critical infrastructure and development plans are risk informed.
The Americas is one of the most exposed regions in the world. The El Niño weather phenomenon may be at an end but across the Americas millions of people are still threatened by drought and floods.
The recent deadly earthquake in Ecuador underlines again how vulnerable the region is to seismic risk.
Growing numbers of people are exposed to floods and storms, often in locations unfit for human habitation.
The threat of the Zika virus to the well-being of mothers and children throughout the region underlines, also, the importance of the Sendai Framework’s focus on health and resilient public health systems.
Many countries in the region are disproportionately affected by climate change though they contribute little to greenhouse gas emissions.
Poverty remains a key driver of disaster risk, but the region has made significant progress over the last ten years of implementing the Hyogo Framework for Action.
During that period an impressive body of policies, frameworks and other mechanisms have been developed, by national governments, stakeholders, and a wide range of organisations including the Organization of American States, the Community of Latin American and Caribbean States, the Union of South American Nations, the Common Southern Market or MERCOSUR, the Association of Caribbean States, the Latin American and Caribbean Economic System, the Centre for the Prevention of Natural Disasters in Central  America, and the Caribbean Disaster Emergency Management Agency.  The lessons learned from this experience informed the Sendai Framework which was adopted in 2015.
The Sendai Framework notes the primary responsibility of governments for disaster risk reduction and also recognizes the role of civil society including the private sector, women’s organizations, indigenous groups, persons living with disabilities, older persons, youth and academia because as we say, ‘disaster risk reduction is everyone’s business’.
All-of-society engagement is key to ensuring the achievement of the 7 targets of the Sendai Framework. The first target to be achieved – by 2020 –  is a substantial increase in national and local strategies for disaster risk reduction.
I call on the region to consider how best you can collectively contribute to the achievement of the Sendai Framework’s global targets (with special attention to the 2020 target which is fast approaching) and pose to you to consider, as one way forward, setting regional level targets within your plan of action.
To enable us to monitor progress across the 7 targets of the Sendai Framework, countries must measure their baselines for all 7 targets by 2017. I encourage the region to set the stage for this baseline measurement.
The Regional Platform early next year will provide an ideal forum for taking stock of regional progress, followed by the opportunity to share your experience with other regions when the world comes together in Mexico in May 2017 for the Fifth Global Platform for Disaster Risk Reduction – this will be the first global meeting on DRR since the World Conference in Sendai, Japan.
The really critical issue that needs the region’s attention, and indeed global attention, is reducing economic losses and preventing creation of new disaster risk by risk-proofing investments.  I discussed this also with His Excellency President Enrique Peña Nieto of Mexico, when I visited him last month May, and was greatly encouraged by his recognition of this issue’s importance for resilient and sustainable development. This is exactly what target (c) of the Sendai Framework and target 11.5 of the SDGs relate to and I urge the region to consider what strategies and approaches would be appropriate to reducing economic losses.
In addition to reducing economic losses, reducing social vulnerabilities remains a very important pillar of the DRR agenda as well.
We therefore need to demonstrate an inclusive, people-centred approach which engages the whole of society and all sectors if we are to achieve the necessary results.
We are united here today by a common purpose which is to make the world a safer and more resilient place for future generations. This can only be done with the degree of political commitment which your presence here today signifies.
I am greatly looking forward to our discussions over these two days. Thank you.