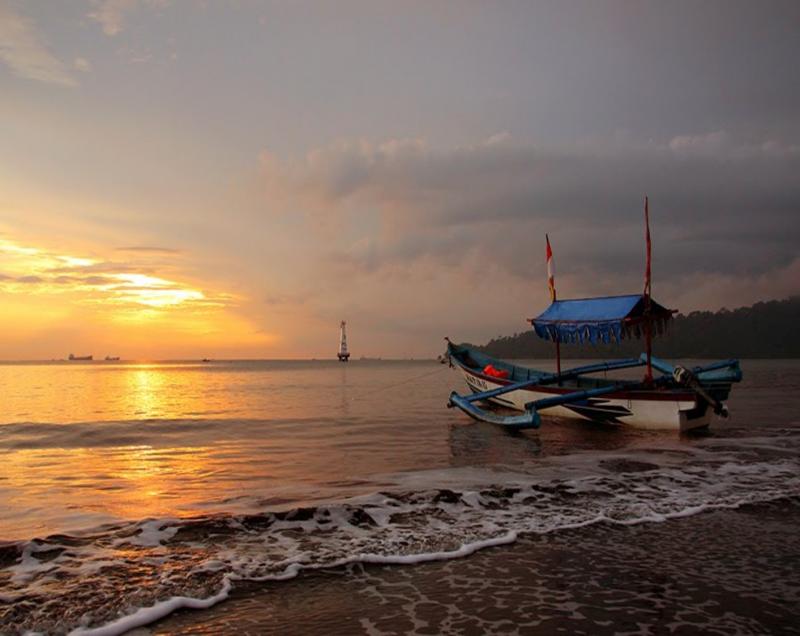 Situated in the heart of the Ring of Fire, Indonesia ranks amongst the most disaster-prone countries in the world. Multiple hazards including flooding, landslides, earthquakes, tsunamis, volcanoes and cyclones claim approximately 8,000 lives annually and cost the Government of Indonesia some $300 to $500 million annually in post-disaster reconstruction.

Raditya Jati is Director for Disaster Risk Reduction (DRR) with BNPB – Indonesia’s National Disaster Management Authority. The agency was established in 2008 following the devastating 2004 Indian Ocean Tsunami which claimed over 126,000 lives on the island of Sumatra.

Jati is at the forefront of initiatives to take Indonesia’s ambitious DRR agenda from national to local levels. He has been closely involved in the implementation of a European Commission funded project – ‘Making Cities Sustainable and Resilient’, part of a global effort to implement the Sendai Framework for Disaster Risk Reduction at the local level. The project is jointly led by the UN office for Disaster Risk Reduction (UNDRR) who is supporting 20 cities around the world to develop local DRR action plans.

The Indonesian city of Cilacap is one of the 20 cities. Situated on the south coast of the island of Java, Cilacap is vulnerable to earthquakes, tsunamis and a range of hydro-meteorological disasters. In 2006, the city was struck by a 3-metre high tsunami triggered by a 7.7 magnitude offshore earthquake. 600 people were killed and damages were estimated at $44 million USD.

Cilacap’s Mayor, Tato Pamuji, is well aware of the dangers facing his city. He aims to fully integrate disaster risk management into the cities’ development plan.

‘We experience frequent disasters and we must be quick to prepare and respond’, says Pamuji. ‘This means everyone must have the same level of awareness and understanding about DRR. Development starts from the village level but we must make DRR everyone’s business. It must be mainstreamed in education, health and local culture’.

Mayor Pamuji has an ambitious vision for his city. He sees a future for Cilacap as the ‘Singapore of Java’ and is keen to attract investors to the city.

‘Being part of this project has helped us to understand our achievements in DRR but also where the gaps exist. Economic growth is dependent on being risk informed and our DRR action plan must serve as an assurance to investors’.

Central to the project is the “Disaster Resilience Scorecard for Cities”, a tool that enables local governments and other stakeholders to carry out a self-assessment exercise to determine their levels of disaster resilience. In Cilacap the scorecard process was driven by representatives of BPBD, the local Disaster Management agency working with 12 government agencies and external partners such as the Indonesian Red Cross and Holcim cement.

The scorecard showed up various institutional and structural weaknesses in the city. A lack of understanding of DRR amongst the different stakeholders achieved a low score, as did the lack of coordination in DRR between government agencies.

The scorecard highlighted other gaps. The cities’ disaster preparedness infrastructure was considered inadequate and while Cilacap already included risk assessments in spatial planning, no institution assumed responsibility for enforcing zoning regulations. The local authorities also lacked any kind of post-disaster recovery plan as budgets for reconstruction activity could only be allocated in the wake of emergencies.

But participants also identified areas of strength. They determined that Cilacap had high levels of disaster resilience in its infrastructure and institutions. Good natural ecosystems are also in place that protect the city. In the 2006 tsunami the offshore island of Nusa Kambangan acted as a buffer, reducing the impact of the incoming waves on the city.

Andi Susilo – Head of BPBD’s technical implementation Unit was trained by UNDRR to facilitate the scorecard training and lead the development of the subsequent action plan.

‘Traditionally our focus in disaster management was mainly on disaster response but after the scorecard process there was a big shift towards prioritizing mitigation and prevention activities’, explains Andi.

On 31 Jan the action plan became a binding commitment when it was presented to the Mayor for his signature. Cilacap’s first multi-stakeholder DRR plan will initially run until 2020. While most activities are already budgeted under existing plans, newer projects will be integrated into the cities five-year development plan.

Disaster risk insurance is one new area that most stakeholders were unfamiliar with but were keen to learn more. BPBD will now initiate discussions with insurance providers and undertake a feasibility study to explore this area further.

Investments will also be made to upgrade disaster preparedness infrastructure, particularly early warning systems. The reach and coverage of current tsunami early warning systems was found to be limited. Warning sirens in some coastal areas had fallen into disrepair and more evacuation routes and evacuation centres are needed on high ground.

‘We are also working with the public works department to create local policy that ensures building codes are inclusive of the needs of people with disabilities,’ explains Moch Riyanto, head of Cilacap’s planning department.

Budget allocations for DRR in Cilacap are increasing. The cities’ planning department recently approved a greenbelt programme designed to safeguard natural ecosystems and strengthen the disaster resilience of rural communities. The programme includes the planting of protective mangroves along exposed stretches of coast to act as a breakwater in the face of storm surges or tsunamis. Other community based DRR activities included in the programme will be regular disaster simulation exercises and earthquake drills in schools.

The planning department will also be offering incentives to relocate some 70,000 ‘at risk’ people living in the ‘Red Zone’ – areas of the coast vulnerable to tsunamis. Under the scheme the Government will offer to buy back land in an effort to prevent any further unauthorised development.

‘People now recognise that DRR is multi-dimensional. By bringing stakeholders together from different government agencies and other organisations we have broken the traditional silo-thinking. Sustained commitment from the Mayor will be essential to ensure that everyone is on board.’

‘The scorecard process has helped local government see itself more clearly,’ he explains. ‘It has not only increased knowledge and understanding of DRR, it has enabled a wide cross-section of stakeholders to question and challenge whether they are investing in the right things.’