Sendai is ready to tell its story 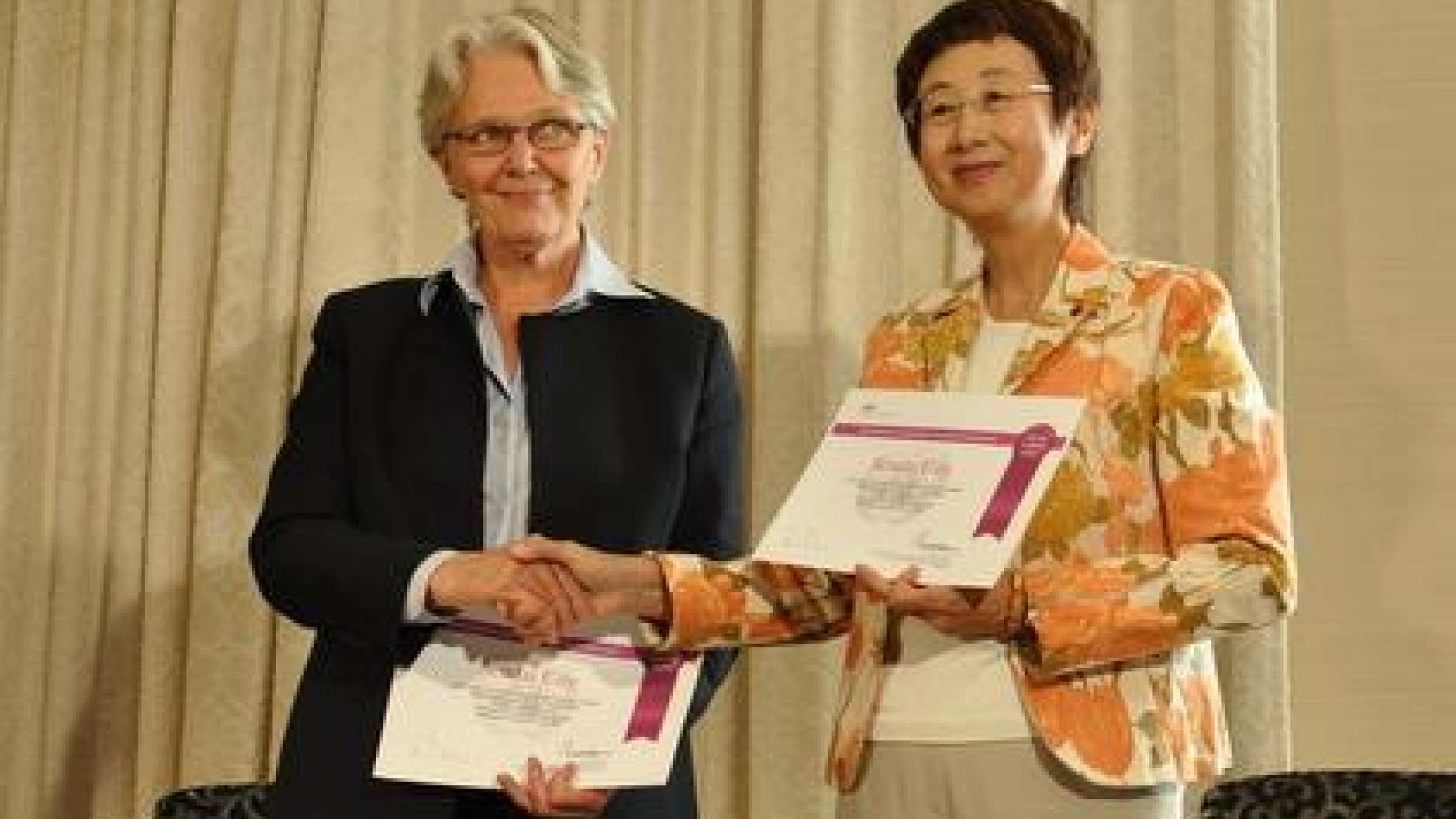 From left: UNISDR Chief Margareta Wahlström presenting the Mayor of Sendai, Emiko Okuyama, with a certificate recognizing Sendai as a role model for the Making Cities Resilient Campaign which now numbers over 2,000 cities and towns around the world. (Photo: UNISDR)

INCHEON, 6 November 2014 – Ito Yoshichika is one of many proud citizens of the City of Sendai who are looking forward to telling their remarkable story of recovery when the city plays host to an expected 8,000 participants at the Third UN World Conference on Disaster Risk Reduction, in March 2015.

After what can only be described as a hectic three and a half years, Mr. Ito, the Manager of the City’s Post-Disaster Reconstruction Bureau, has only recently had the opportunity to pause and reflect on the impressive regeneration of the city after the 11 March 2011 earthquake and tsunami.

“By the time we host the World Conference we will have many things and experiences to share with our colleagues who will be coming from all over the world,” Mr. Ito said.

“We are very happy that so many people will visit the city and that we will have the opportunity to explain the challenges that we faced and to tell them how we have recovered. We have been very busy as you can imagine but we are looking at mostly finishing the recovery of our city by the end of 2015.”

Mr. Ito was speaking at the Local Government Exchange Conference being held at UNISDR’s Global Education and Training Institute (GETI), in Incheon, Republic of Korea. The disaster risk expert was one of 40 city officials from China, Japan and the Republic of Korea who are “road-testing” the new Disaster Resilience Scorecard.

The Scorecard is an in-depth baseline assessment of a city’s current “disaster resilience” in 85 areas. It enables policymakers to “identify priorities for investment and action”. Each criterion has a measurement scale of 0 to 5, whereby 5 is regarded as “good practice.”

The Scorecard is based on the Ten Essentials of the Making Cities Resilient Campaign, which now has 2,220 members. It has been developed from a partnership between IBM technology and consulting corporation, global planning, design and engineering firm AECOM and UNISDR.

Using the Scorecard methodology Mr. Ito and his colleagues focused on critical infrastructure. Considering the overwhelming nature of the disaster other participants were impressed at how some systems and structures – including transportation and the law and order set up – survived relatively intact.

Sendai stood out for its quick restoration of vital functions such as utilities, damaged roads, homes and also the clearance of debris. This early recovery phase was completed in 18 months. The city formulated a Sendai City Earthquake Disaster Reconstruction Plan in November 2011 which Mayor Emiko Okuyama described as focusing on disaster reduction via wide-scale disaster prevention construction, new energy sources, flexible and stronger building guidelines, and improvements to areas that were most vulnerable during the disaster.

The City of Sendai will host the Third UN World Conference on Disaster Risk Reduction, March 14-18, 2015. The Conference will adopt a post-2015 framework for disaster risk reduction which will revise the current Hyogo Framework for Action. For more details please visit www.wcdrr.org or follow us on twitter @unisdr and through the hash tag #wcdrr.