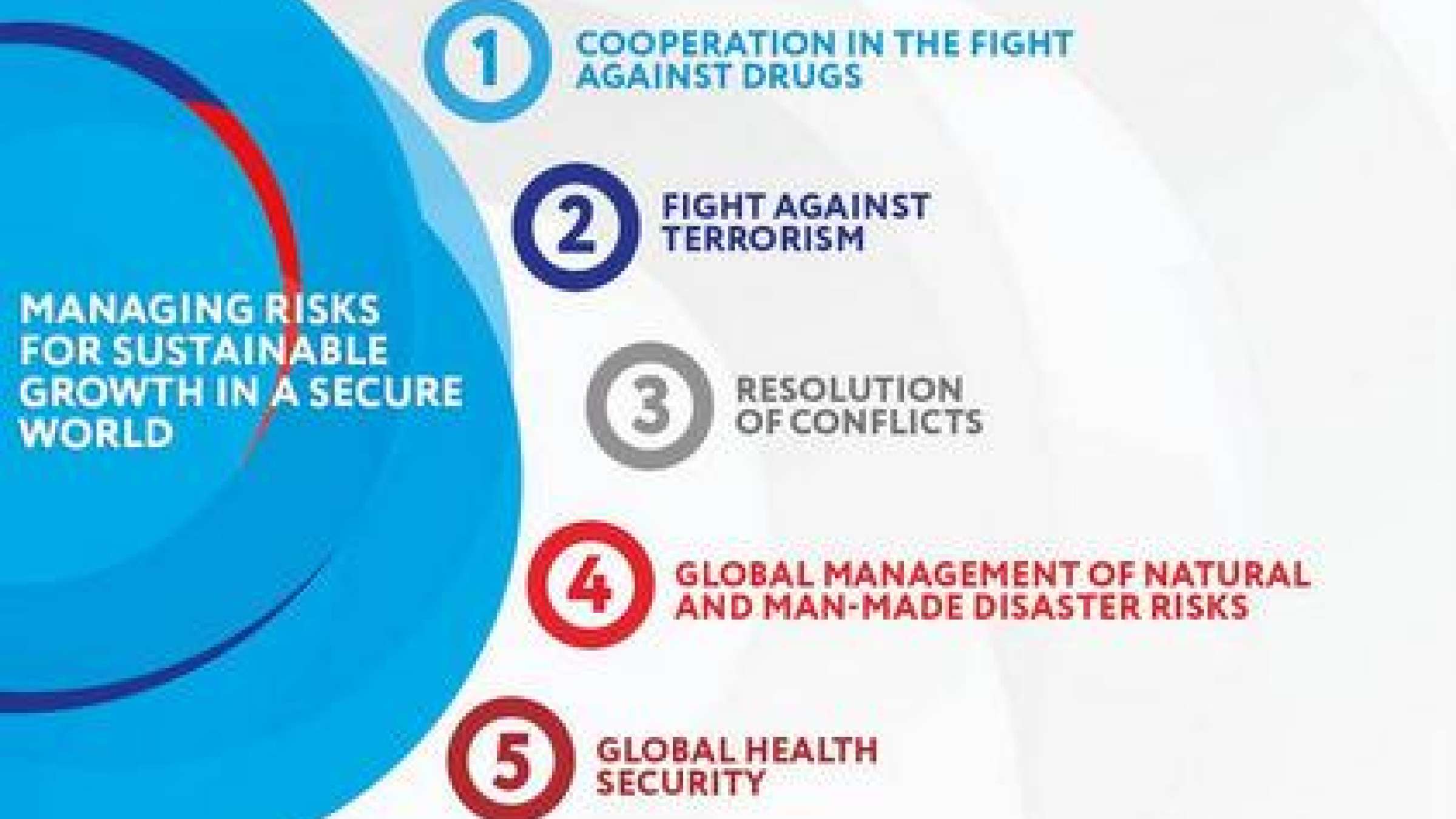 <b>Managing risks for sustainable growth in a secure world: </b>The priorities of Russia's G8 Presidency in 2014

22 January 2014, GENEVA – The Head of the United Nations Office for Disaster Risk Reduction (UNISDR), Margareta Wahlström, today welcomed Russia’s declared intention of using its G8 Presidency to promote integrated disaster risk management and to focus the world’s major economies on cooperation in developing a new global agreement on disaster risk reduction to succeed the existing Hyogo Framework for Action which expires in March 2015.

Ms. Wahlström said: “Russia’s G8 Presidency could be a major turning point in the struggle to gain political commitment to reducing exposure to disaster events worldwide and speeding up implementation of the Hyogo Framework for Action. Economic losses from disasters are out of control and the timing is right for the G8 members to take concrete measures to mitigate climate change and to reduce the risk of major disaster events such as floods and earthquakes which disrupt the lives of over 200 million people every year.”

At a meeting of the Gaidar Forum in Moscow last week, the Russian G8 Sherpa, Alexei Kvasov, said the core objectives of the Russian G8 Presidency will include global management of natural and man-made disaster risks along with global health security, the fights against drugs and global terrorism. He said the motto of Russia’s G8 Presidency is “Managing risks for sustainable growth in a secure world.”

Ms. Wahlström said UNISDR and its partners look forward to contributing to the success of the Russian G8 Presidency and building on expressions of support at previous G8 Summits for implementation of the Hyogo Framework for Action 2005-2015: Building the Resilience of Nations and Communities to Disasters.