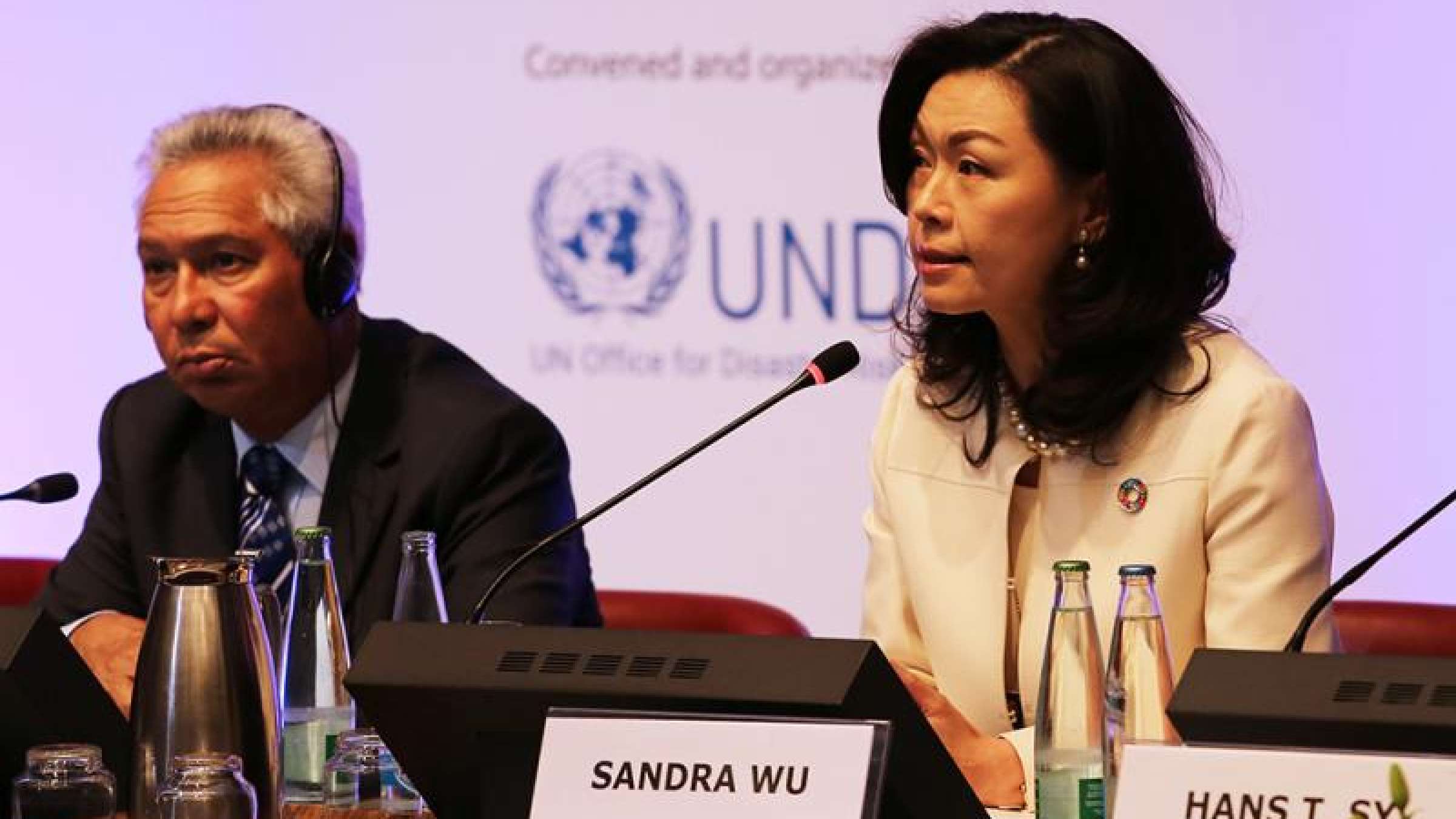 GENEVA, 17 May, 2019 - “If investors do not address disaster risk properly, their business performance will be directly affected,” stressed Sandra Wu, Board Member of UN Global Compact. “They have to understand that if they do not incorporate risk-informed investments, they will lose their business.”

This is the main message of the very well-attended third High-Level Dialogue held at the Global Platform 2019, which focused on risk-informed public and private investments.

Participants called for a balance between the hard-nosed pursuit of business opportunities and social responsibility, and deliberated on how to make speculative development less profitable and make long-term resilient development more profitable.

One way of dealing with this crucial question is to look at market behaviour, which unlike hazard is predictable. It is driven by profit-making.

It was argued that most destruction occurs in the residential and light commercial segment of our communities because much development is built on a short-term basis and built vulnerably on purpose to be sold off quickly.

This trend could be reversed by strengthening the enforceability of existing laws and building codes, and by raising awareness about disaster risk and its cost among citizens, government officials and investors alike.

Hans T. Sy, Chairman of the Executive Committee of SM Prime Holdings Inc., one of the largest property developers in South East Asia, asserted that risk-informed investment makes good business sense.  Given his country’s high exposure to disasters, 10 per cent of his company’s total investment goes into resilience investment.

“We have to find ways to strengthen public financing capacity,” said Isidoro Santana, Minister of Economy, Planning and Development of Dominican Republic, speaking of the ways to boost long-term resilient development in Latin America and the Caribbean where many countries faced infrastructure difficulties.

These countries formed the Latin American Climate Action Network and the Latin American Network for Public Finances in order to coordinate, share experiences and best practices, and look into public planning investment systems in line with the principles of resilience.

Contributing to risk-informed public and private investments are space technologies, as pointed out by Hiroshi Yamakawa, President of Japan Aerospace Exploration Agency (JAXA).

“Risk losses money at the end of the day,” said July Moyo, Minister of Local Government, Public Works and National Housing of Zimbabwe, when speaking about ways to motivate businesses to make risk-informed investments during the working session on resilience dividend, which followed the high-level dialogue.

“If we don’t get into action, we won’t have a planet to live on,” warned Shaun Tarbuck, CEO of International Mutual Insurance Association, whereas Bärbel Kofler, Federal Government Commissioner for Humanitarian Assistance and Human Rights Policy of Germany noted that “unlocking the resilience dividend is truly in everyone’s interest.”