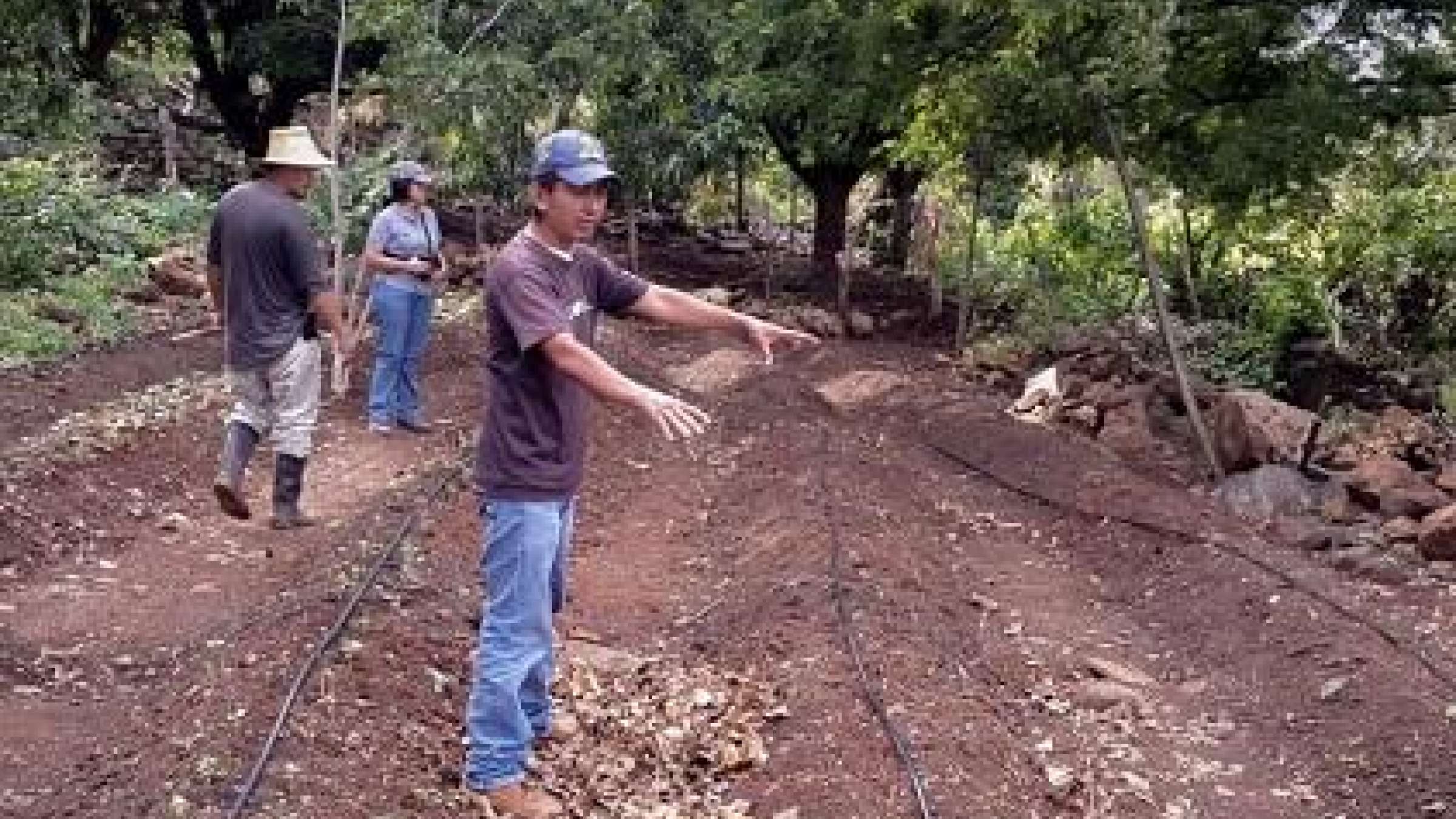 Making farming sustainable and disaster risk-sensitive, for example by improving irrigation, is a key way to reduce hunger (Photo: FAO/Honduras)

ASUNCIÓN, 20 January 2017 – More than 34 million people in Latin America and the Caribbean still suffer from hunger, but the region is boosting its ability to make agriculture sustainable and ensure food security by curbing disaster risk.

Entitled “Guidelines and Recommendations for the Implementation of the Sendai Framework for Disaster Risk Reduction in the Agricultural and Food and Nutrition Security Sector: Latin America and the Caribbean”, the document was given impetus by a major regional ministerial meeting, hosted by Paraguay in June last year, about making the goals of the Sendai Framework a reality on the ground.

The most risk-focused international plan ever on curbing the impact of natural and human-induced hazards, the 15-year Sendai Framework was adopted in March 2015.

The majority of the Latin American and Caribbean population facing hunger is concentrated in the countryside. Millions of producers in the region’s poorest rural areas are family subsistence farmers and at very high risk, given that the impact of disasters goes beyond the momentary loss of income or opportunities and directly impacts food security and survival.

Therefore, the effect of disasters on the sector and the consequences of climate change not only endanger development gains in rural territories of Latin America and the Caribbean, but also the very food and nutritional security of its entire population. They also undermine the ability of the region to cope in a context where global population growth is driving an expected 60-percent increase in food demand by 2050.

Faced with this, the FAO believes that the farm sector in Latin America and the Caribbean has a strong capacity to reduce the risk of disasters and contribute to the resilience of livelihoods. The important and complex challenge is to achieve more resilient systems that are both more productive and efficient, preserve the base of natural resources and ecosystem services, and establish the ability to withstand risks and shocks exacerbated by climate change, said Mr. Jorge Meza, the FAO's Chief Forestry Officer.

“This transition cannot be achieved without the development of sectoral measures for disaster risk management involving technologies, productive practices and sustainable use of natural resources, as well as considerable changes in terms of governance, legislation, policies and public and private investment,” added Mr. Meza.

The agricultural and food sector guidelines also aim to support the implementation of a roadmap set down by the 33-nation Community of Latin American and Caribbean States, the "CELAC Plan for Food Security, Nutrition and Hunger Eradication 2025”.

Momentum on the issue has also been built thanks to last year’s 34th FAO Regional Conference for Latin America and the Caribbean, hosted by Mexico, which focused attention on the need to boost disaster risk reduction efforts in the sector. This May, Mexico is also set to host the 2017 Global Platform for Disaster Risk Reduction.