To prevent disasters count your losses 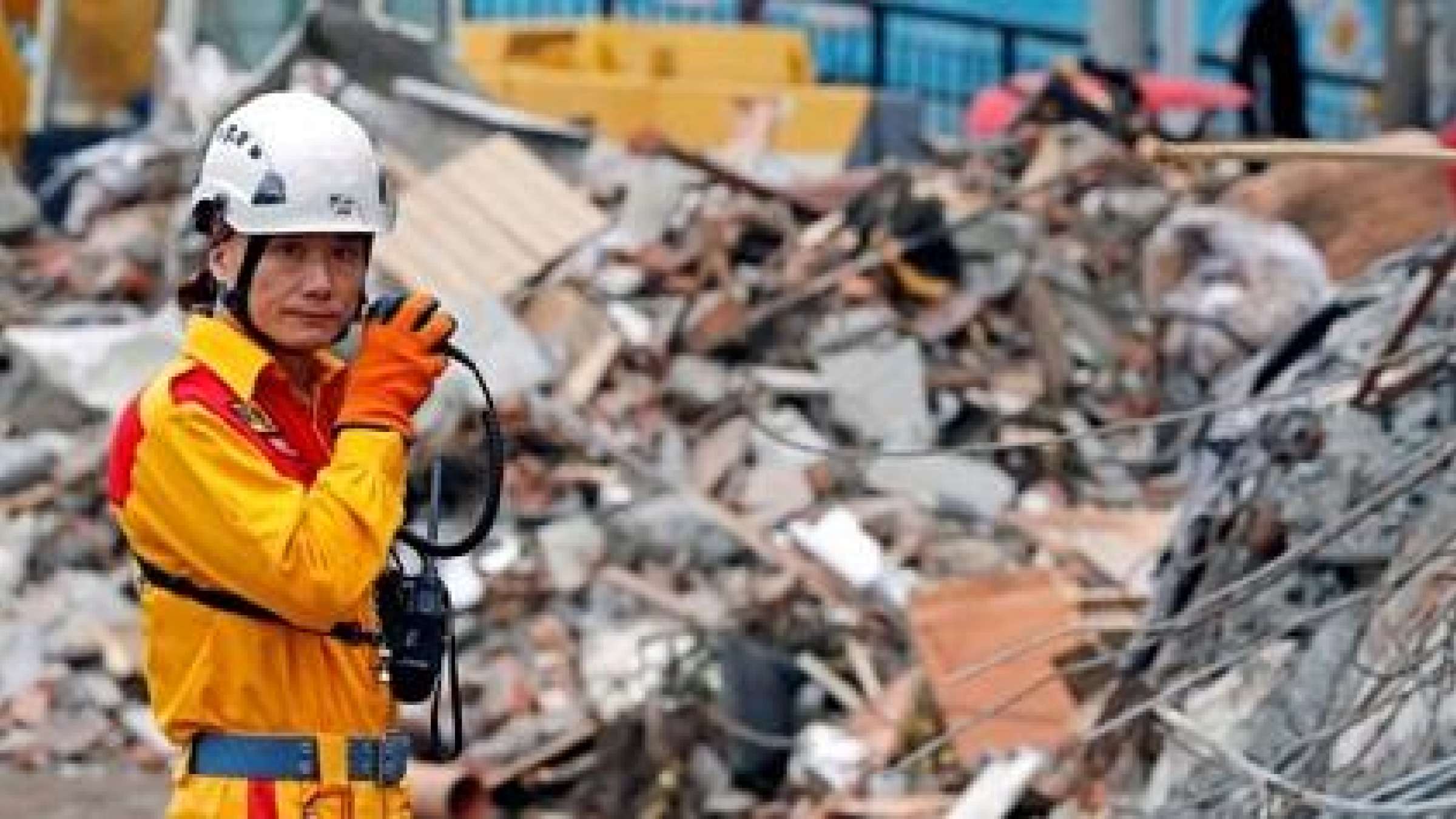 A rescuer speaks on the radio as he searches for survivors at collapsed building after an earthquake hit Hualien in Taiwan, February 8, 2018.

This month sees the beginning of a major effort by all U.N. member states to systematically collect data on everyday losses experienced as a result of natural or man-made hazards, as well as related environmental, technological and biological hazards and risks.

While we often have reliable estimates for mortality and numbers of people affected by disasters, until now too few governments have had the will or the means to systematically collect comprehensive data on economic losses and the damage inflicted on critical infrastructure, housing, agricultural production, livelihoods, and cultural and environmental assets.

With the adoption of a global plan to reduce disaster risk and losses, the Sendai Framework for Disaster Risk Reduction, three years ago on March 18, 2015, at a U.N. World Conference in the tsunami-recovered Japanese city of Sendai, U.N. member states committed to go even further.

The Sendai Framework extended the traditional remit of disaster risk reduction beyond floods, storms, drought, earthquakes and other natural hazards to include risks such as epidemics and industrial accidents.

The health status of people living in low- and middle-income countries impacts greatly on their resilience to cope with disasters. This is now a key concern for national disaster management agencies in 48 countries where WHO has responded to 50 health emergencies over the last six months.

At least half the world still lacks access to essential health services, and the majority of these people live in vulnerable circumstances in disaster-prone locations.

For a true understanding of disaster risk, it is important to go deeper than the available data on major disaster events collected by insurance companies and government agencies, and to measure the toll taken by small-scale and large-scale, frequent and infrequent, sudden and slow-onset disasters, particularly given the influence of climate change and population growth in hazard-prone areas.

Since the International Decade for Natural Disaster Reduction (1990-1999), there has been a growing public awareness that disasters are neither inevitable nor unavoidable.

This year alone, famine has been staved off in parts of Africa afflicted by drought thanks to effective monitoring and early warning systems.

In recent years, fewer people are dying in major cyclones around the Bay of Bengal because of effective early warnings and timely evacuations. The death tolls in seismic hotspots have gone down where strict building codes are implemented.

For several years, the UN Office for Disaster Risk Reduction (UNISDR) and partners have been working with over 90 governments to establish national disaster loss databases.

This month will see that work begin to bear fruit as countries start to use the online tool, the Sendai Framework Monitor, to report on their disaster losses in 2017 including mortality, numbers of people affected, economic losses and damage to critical infrastructure.

To date, 144 countries have identified their Sendai Framework Monitor focal point who will be responsible for uploading the data required for each of the indicators attached to the Sendai Framework targets. UNISDR is reaching out to the remainder to appoint a focal point as soon as possible.

From this work, a clear picture will start to emerge of the strategic challenges facing many countries at the local level in addressing the risk of both extreme and small-scale recurring events which destroy their ability to lift themselves out of poverty.

You cannot manage your disaster risk if you are not measuring your losses.

The 2017 statistics will constitute the first step in global efforts to provide a benchmark against which we can judge the success or failure of a number of the Sustainable Development Goals by the implementation deadline of 2030.

A more complete understanding of where and when these disaster losses are occurring will equip national and local governments with the insight necessary to meet another Sendai Framework target, which is to have a substantial increase in the number of countries with national and local disaster risk reduction strategies by 2020.

The Sendai Monitor went live on March 1, and all data collected by March 31 will feed into the 2018 progress report on the SDGs which will be presented at the U.N. High Level Political Forum on Sustainable Development when it meets this July.

This opinion piece was originally published by Zilient.org