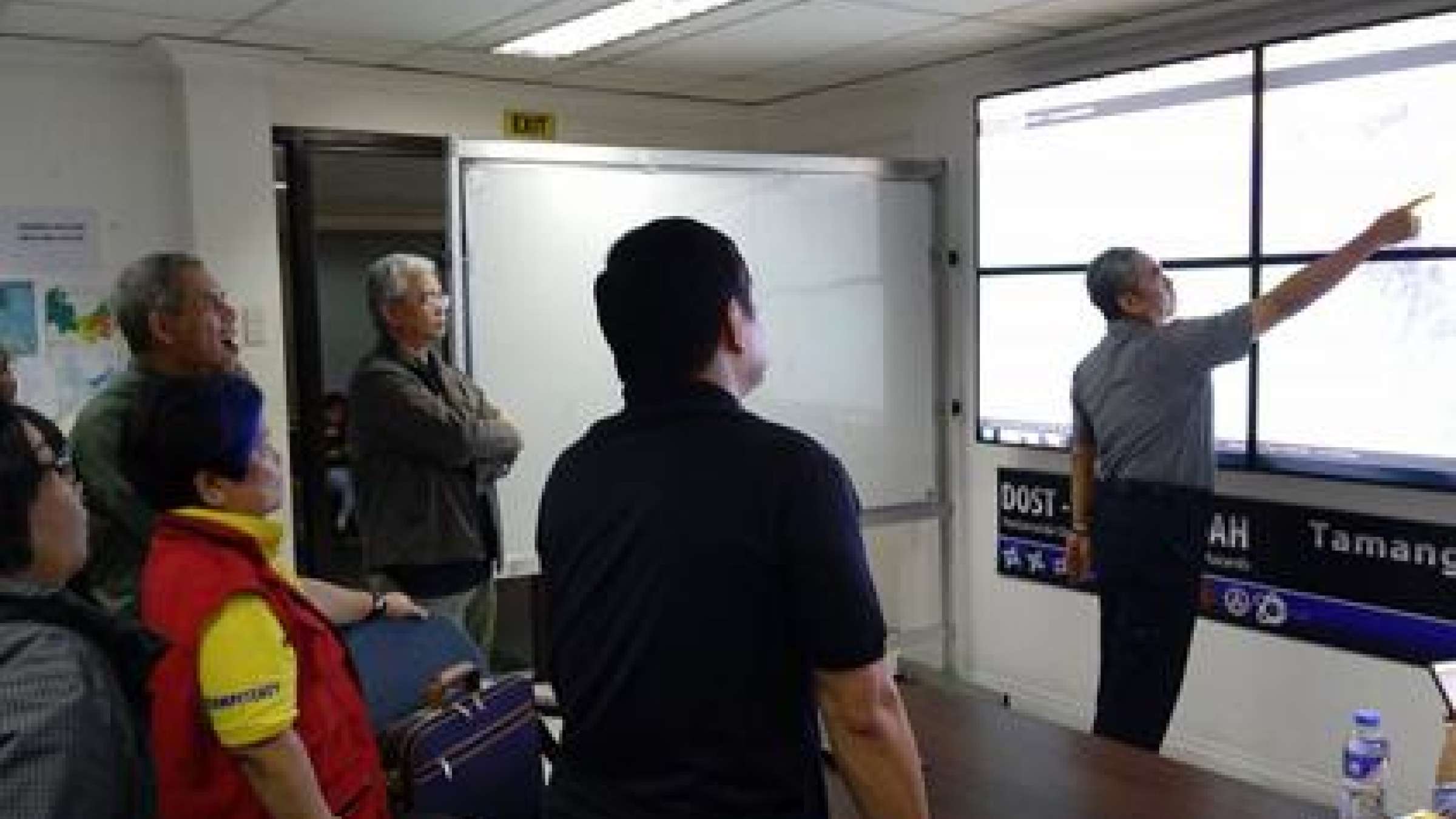 Philippine officials monitoring the typhoon over the weekend. (Photo: ISL)

19 October 2015, GENEVA – The head of the UN Office for Disaster Risk Reduction (UNISDR), Margareta Wahlström, today praised the Philippines for its successful efforts to reduce mortality and the numbers of people affected by the latest typhoon to sweep across the country despite tidal surges, heavy rains, floods and landslides.

Ms. Wahlström said: “The communication of early warnings in the Philippines has improved significantly since Typhoon Haiyan claimed over 6,000 lives in November 2013. Last December major loss of life was averted by large-scale evacuations in the face of Typhoon Hagupit.

“Now again this weekend, government agencies have been successful in reducing loss of life through the effective communication of early warnings and organizing targeted evacuations in the areas most affected by Typhoon Koppu.

“President Benigno Aquino’s broadcast to the nation on Friday evening was especially important in alerting the population to the threat. The regular updates and situation reports from PAGASA and the National Disaster Risk Reduction and Management Council were essential to guide the actions of local governments, the private sector, the Red Cross and other actors. The full extent of losses will not be known for some time but there is no doubt that many lives have been saved.

“The Philippines is the most storm-exposed country in the world and its expertise in disaster risk management can be usefully adopted by other countries trying to implement the Sendai Framework for Disaster Risk Reduction adopted in March this year as a global blueprint for reducing disaster losses.”