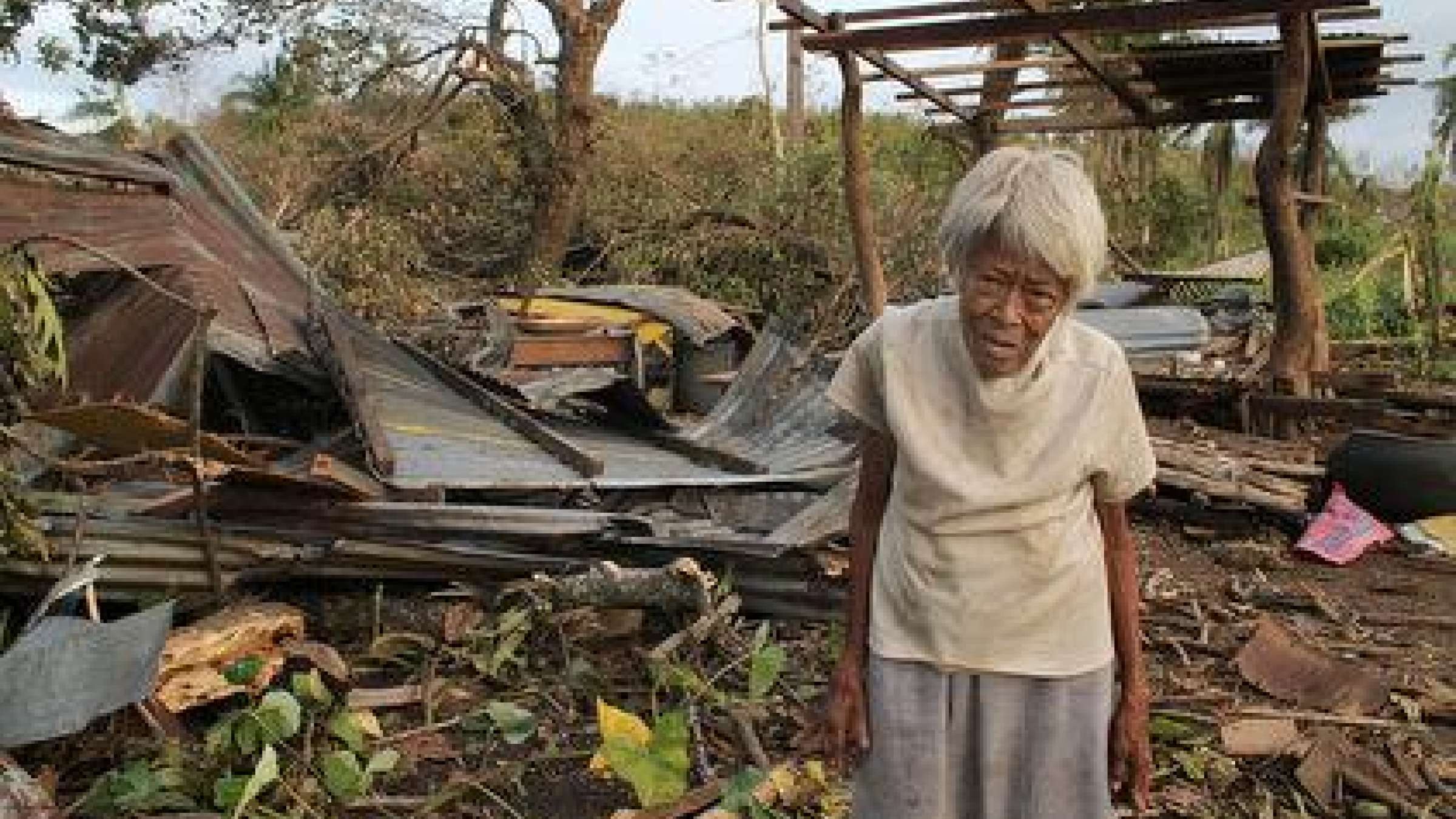 Eighty-one-year-old Nemesia Tipait was buried under the rubble of her house before being rescued by neighbours in Kayang local district, Bogo City, after Typhoon Haiyan. The Philippines has unveiled a 2014 national budget that recognises the need to reduce disaster risk at the local level.

The move, just weeks after the devastation of Typhoon Haiyan, represents a significant change in the country’s funding priorities to include proactive disaster risk management as well as a focus on response and rehabilitation.

A new US$293 million National Disaster Risk Reduction and Management Fund replaces what was previously known as the Calamity Fund, which had a previous budget of US$158 million.

“I am happy because, although belatedly, we all realize now that pre-disaster activities, mitigation, disaster prevention and preparedness are relevant to our development agenda and that a vital component of building our nation’s resilience is a climate-sensitive and disaster risk reduction-proofed budget.”

The national budget also contains a US$450 million Rehabilitation and Reconstruction Programme as well as a US$1.8 billion for reconstruction work under what is called the Unprogrammed Fund.

Sen. Legarda, who is a Champion of the UN Office for Disaster Risk Reduction (UNISDR), said the national budget includes a provision barring reconstruction and development projects in protected areas as well as identified danger zones.

“Our path should be to move forward, as one community, towards resilient recovery. We must be cautious not to restore the risk and vulnerabilities that existed before,” she stressed.

“While we rebuild Haiyan-hit areas, it may be good to reflect that a similar disaster is likely waiting to happen in other places in our country. Even before the next natural hazard strikes, we must take action now and we must start in our own barangays (local districts).”

Typhoon Haiyan, known in the Philippines as Yolanda, killed more than 6,000 people, and has affected more than 14 million and displaced more than 4 million since it struck many parts of Eastern Visayas on 8 November.