Philippines: Partnership between humanitarian organizations and the government to create inclusive policies for children and vulnerable groups 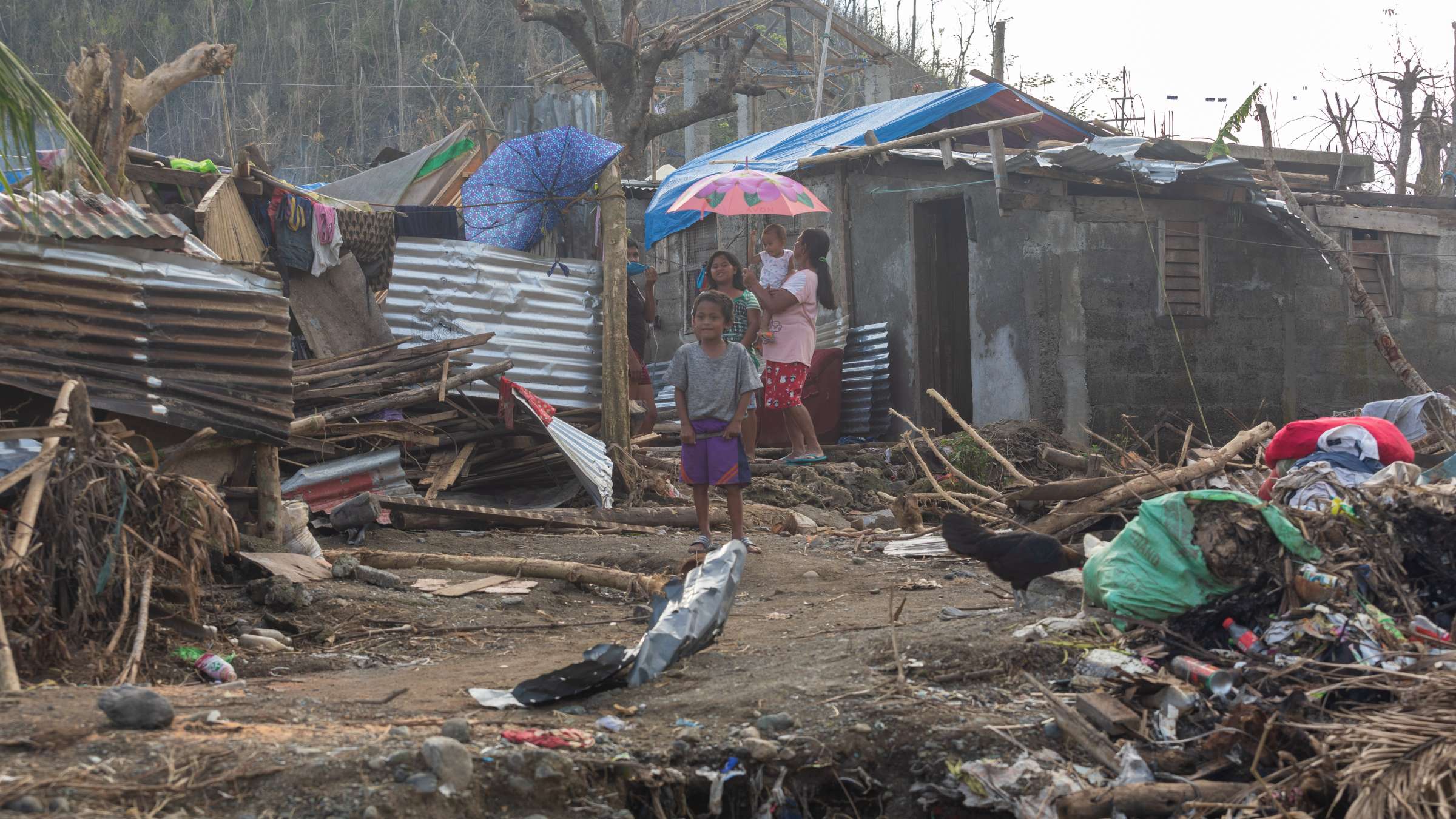 Image of the disaster caused by Typhoons Rolly and Ulysses in the Philippines in November 2020.
Franco Amian / Shutterstock.com

For the past few weeks in the Philippines, Mr. Jerome Balinton and the humanitarian organization Save The Children have been marshalling resources in preparation for what they expected to be a major typhoon.

“Even before our Philippines State Weather Bureau issued a tropical cyclone advisory, internally we already sent out an alert to the senior management team and key members of Save The Children, informing them about this incoming typhoon that would be serious and devastating,” recounted Mr. Balinton, Humanitarian Manager at Save the Children in the Philippines.

The storm which turned out to be Super Typhoon Odette (locally known as Rai) has affected around 7.3 million people and at least 407 people are confirmed dead since the storm made landfall on December 16, 2021.

The Philippines is no stranger to typhoons and floods. They have caused more than 80% of the disasters in the country in the past 50 years. Typhoons in the Philippines are especially devastating. In November 2013, Typhoon Haiyan (known locally as Yolanda) took 6,300 lives and displaced more than 16 million people. Small villages called barangays accounted for more than 90% of total casualties. “No succeeding typhoons can ever be compared with the strength and scale and devastation brought by Typhoon Yolanda, it reached so many regions in the Philippines,” said Mr. Balinton.

Seven years later, the country was struck by Typhoon Goni, the world’s strongest typhoon in 2020. Despite compounded pressure from COVID-19, the government and humanitarian organizations were more prepared this time. As many as 500,000 people were pre-emptively evacuated; evacuation sites, stockpiles, and standby funds for affected families were readied. Typhoon Goni took at least 25 lives.

For the children, however, disasters are nightmares that last long after the violent winds and torrential rain have passed. They lose loved ones, their education is interrupted, and for those in poverty, the disruption can be permanent. Some engage in crime, others are forced into prostitution by traffickers and families. A post-Typhoon Haiyan study done by Save The Children quotes children as saying “in the evacuation centers someone needs to help us, there are cases of men who drink alcohol and fight, the fighting makes us worried and scared, sometimes we had to share tents with people who have been drinking.”

Since 2013, a close partnership between humanitarian organizations and the government has been critical to strengthening the Philippines’s disaster risk reduction and management. “I think the Philippines has one of the best set of disaster-related policies in the world, and it is because we tend to adopt every international instrument or framework for climate change, adaptation, and disaster risk reduction,” said Ms. Marjorie Balay-as, an indigenous researcher from the Cordillera region in the northern Philippines.

Ms. Balay-as refers to the mismatch between political enthusiasm in following international guidelines and the lack of will in enforcing the laws. “Most of the laws are written in English, and on top of challenges in linguistic translations, there are also issues with cultural translation,” she continued to explain. There are more than 171 living languages in the archipelago. Although English is widely spoken, municipal governments still need to put in a lot of work to ensure the essence of the laws is transmitted into practice, including for people living in secluded barangays.

“There are several good NGOs in the Philippines which are influencing people, including officials. They are doing really good bottom-up advocacy campaigns to formulate and legislate local policies, which they hope get adopted by an entire party or at a higher level of government,” said Ms. Balay-as. That is certainly achievable, considering the Children’s Emergency Relief and Protection Act (RA 10821). It took effect in June 2016 after months of research, drafting, advocacy, and support from local governors to members of Congress.

Save The Children, World Vision, UNICEF, and Plan International collaboratively consulted children to better understand their post-disaster visions, and how they evaluated aid agencies. “We are still scared and we want more information about the storm, and what to do. We need adults and authorities to talk to us,” according to children quoted from the post-Haiyan study cited earlier.

By beginning with children’s voices, policies transformed. The Act compels authorities to provide timely and relevant support before, during, and after disasters. That includes provisions such as child and women-friendly shelters, not building evacuation sites in schools, and a referral mechanism for orphaned, unaccompanied, and separated children.

However, there is still more work to be done for people, including children, with disabilities. It is a very broad spectrum that is not easily identifiable and requires dedication. “We never know if the person who's speaking there in the workshop (on disaster preparedness) or the planning session has a disability. It's the responsibility of the one facilitating the sessions. And I also forget this sometimes. We tend to forget that there may be some people there who may have a unique voice that needs to be brought out and considered,” Ms. Balay-as remarked.

At least in more urban areas, another humanitarian organisation called Humanity and Inclusion is closing employment inequalities for 380 young people with disabilities. They provide assistance devices like special screens, glasses, mobility aids, coaching, and allowances to set them towards economic empowerment. Enabling them to grasp opportunities and live confident lives, can give greater hope to even younger people with disabilities.

On the national level, Ms. Balay-as thinks “politicians are actually more responsive to people coming from the outside.” The political stakes heighten when foreign attention is present; it ramps up political will. At the same time, foreign aid organisations have learned to approach the Philippine government with sensitivity. “We (the organizations) have to pass through the right people, we have to coordinate well - as long as we are not bypassing anyone, they (politicians) are actually very cooperative on the regional level. Because we respect them, they respect us,” remarked Ms. Maria 'Malu' Fellizar-Cagay, Deputy Executive Director at the Center for Disaster Preparedness (CDP) in the Philippines.

According to Ms. Cagay, advocacy by the CDP has played a huge role in the inclusion of Civil Society Organisations (CSOs) and the private sector in national councils on disaster risk reduction. “But we do get excluded sometimes. For example, we are not included in the Interagency Task Force on COVID-19; it is made of only government agencies.” For humanitarian organizations, it takes a lot of familiarisation and navigation to work with the heavily top-down approach in the Philippines.

“I think there's still a lot of work that needs to be done in really getting the most vulnerable communities involved in the disaster risk reduction process. We need to help amplify their voice, for them to share their needs and how they think we can best respond to their situation. There is definitely a lot of more that really needs to be done,” concludes Ms. Balay-as.