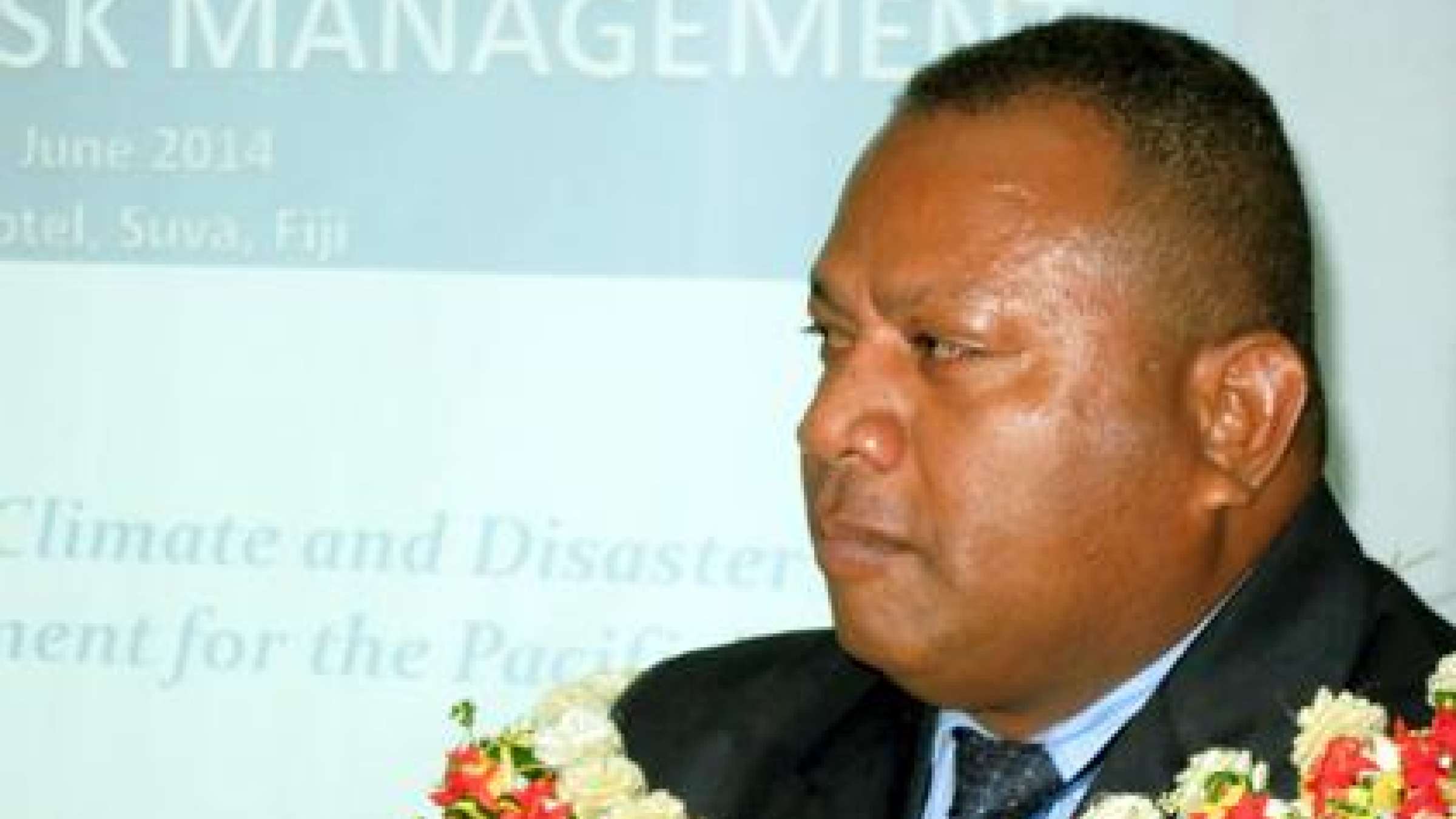 SUVA, 2 June 2014 – The Pacific region today challenged itself to grasp what was described as a ‘pivotal moment’ to shape disaster risk and climate change efforts for at least the next 20 years.

Fiji's Minister for Rural & Maritime Development and National Disaster Management and Minister for Agriculture, Fisheries & Forests, Lt. Col. Inia Seruiratu, told the 6th Pacific Platform for Disaster Risk Management that the region’s world-leading integration of climate change adaptation and disaster risk reduction strategies was “the right approach to take us into the future”.

“The Pacific deserves its place among the world’s best in terms of integrating its strategies. We could not continue to work in silos in individual sectors and communities if we really want to build resilient nations. This is a pivotal moment … we need to start to walk the talk,” Minister Seruiratu said.

Delegates backed the call for the Pacific to speak with one voice so that the region’s integrated approach - nested within the context of resilient development - appropriately influences the Third UN World Conference on Disaster Risk Reduction due to be held in Japan, in March 2015.

In his remarks, Minister Seruiratu told the Platform that for the first time the Fijian government had included a specific allocation in the national budget for disaster risk reduction. He described the US$545,000 budget line “as a significant first step”.

Minister Seruiratu said the funds had already helped to relocate the village of Vunidogoloa, on the Fijian island of Vanua Levu, one km inland and to higher ground at the request of the villagers. It follows decades of recurrent flooding from the nearby river and sea.

The Minister described the relocation – always an incredibly complex and political process – as a model of collaboration which saw villagers provide timber; the government, finance and coordination; the private sector, milling of the rough lumber and transport; and students from Fiji National University, support to the construction of the new village.

“This was first discussed in 1956 and finally it has happened. It has been a very good example of integrated disaster risk reduction that relocated the community and managed to navigate two of the most sensitive issues in relocation: first, is the new land safe; and second, what is the ownership status of the new land,” Minister Seruiratu said.

More than 40 other communities in Fiji have indicated their interest in similar such redevelopment schemes away from Fiji’s eroding coastline, which is vulnerable to storms and floods the Minister said.

The Deputy Director General Secretariat of the Pacific Community, Ms. Fekita Utoikamanu, highlighted two clear examples of integrated strategy in action at the national level elsewhere in the Pacific.

“Vanuatu has already established a National Advisory Board on Climate Change and Disaster Risk Management (DRM) which coordinates activities in these areas on behalf of the Government,” Ms Utoikamanu said.

“And in 2013 the Federated States of Micronesia developed a nationwide Climate Change and Disaster Risk Management Policy to guide integrated implementation of activities at the state level in their country.“

In a video address at the Platform opening, the Special Representative of the UN Secretary-General for Disaster Risk Reduction, Ms Margareta Wahlström, said: “The Pacific is one of the first regions in the world to clearly foresee the obvious links between climate change, disaster risk reduction and sustainable development policies and that no development can be sustainable without linking these three agendas together to be part of the same solution.”

The Pacific Platform, which attracted 260 participants from 22 countries and territories, is co-convened by the United Nations Office for Disaster Risk Reduction (UNISDR) and the Secretariat of Pacific Community (SPC).