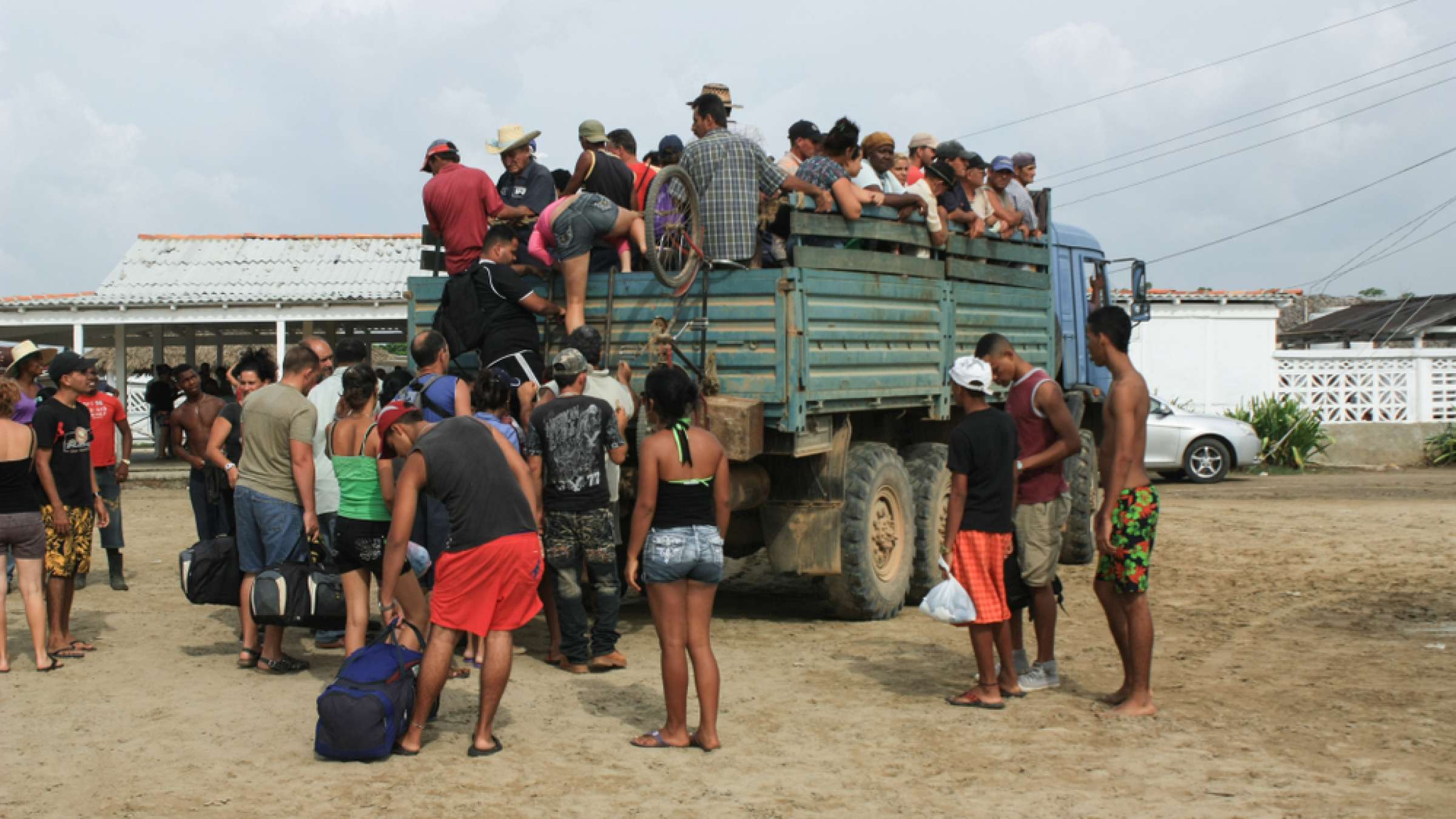 After Hurricanes Iota and Eta ripped through Central America in 2020, many were forced to flee with little more than the wet clothes on their backs, leaving their houses destroyed and even bodies of family members buried in thick mud.

Instead of returning to rebuild both their homes and their lives in the wake of the storms that wreaked billions of dollars-worth of damage on the region, many opted instead to take the perilous journey north in search of a better life.

As the latest hurricane season gets underway on June 1, coping with rising numbers of people displaced by disasters is just one of the multiple challenges for countries in the Americas as they continue to grapple with the brutal impact of COVID-19.

“It is important to address disasters from their systemic character, understanding their cascading effects and their relationship to structural factors such as poverty and inequality,” said Raul Salazar, head of the United Nations Office for Disaster Risk Reduction’s (UNDRR) Regional Office for the Americas and the Caribbean.

“Recognizing potential risks and their mitigation, ensuring that countries and communities are prepared, and creating policies facilitating migration are key to a better reconstruction and allowing displaced people to rebuild their lives.”

For Salazar, stronger risk governance is core to reducing the displacement of people in increasingly complex disasters that underscore the need for better preparedness policies.

In 2020, disasters were the largest cause of internal displacement in the region, affecting 4.5 million people, according to the Internal Displacement Monitoring Centre.

And it’s the most vulnerable who are often most affected. UNICEF reported a 900 percent leap in the number of migrant children in Mexico in the first three months of this year alone.

Hurricanes Iota and Eta, which affected an estimated seven million people in Central America, opened a major crisis-management gap in countries such as Nicaragua, Guatemala, Honduras and Mexico.

The Sendai Framework for Disaster Risk Reduction (2015-2030) sets out ways for countries to respond to and help manage situations in which people are forced to leave their homes because of emergencies such as hurricanes.

It proposes increased cross-border cooperation to bolster resilience and reduce risk from disasters including epidemics and displacement.

Planned evacuations or transfers can cut casualties in life-threatening situations, according to the UNDRR guide entitled “Disaster Displacement: How to Reduce Risk, Address its Effects, and Strengthen Resilience”.

When people are displaced for extended periods, they can increase humanitarian needs and expose people to other significant risks associated with their displacement, it said.

If the needs of people forced to move are not adequately addressed, high-levels of displacement risk eroding the long-term benefits of sustainable development down the track, it said.