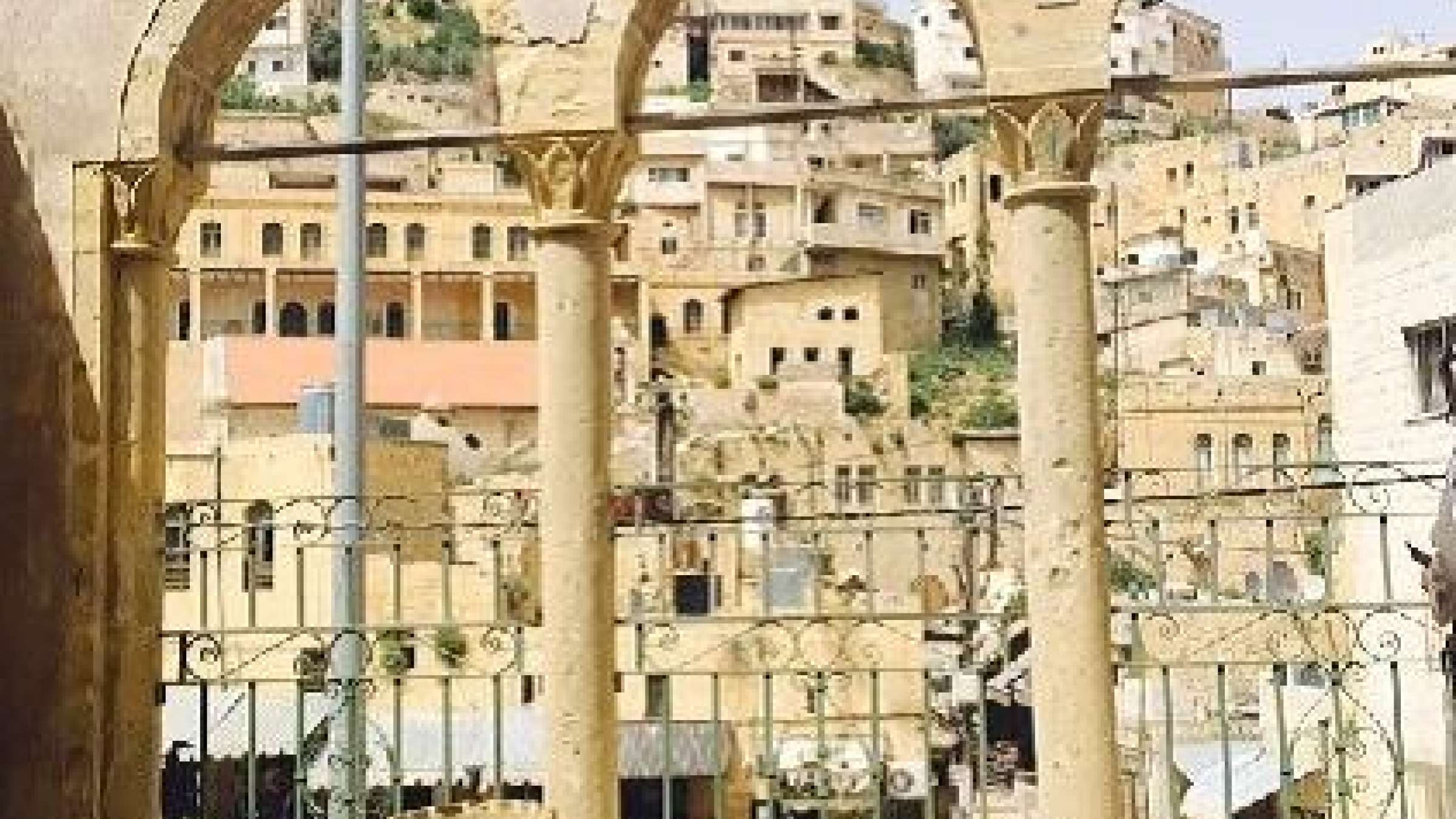 The Jordanian municipality of Salt has become a leader in disaster resilience (Photo: UNISDR)

SALT, 22 April 2015 – Municipalities are taking the lead in Jordan to help build resilience to disasters, in the wake of recurrent winter storms that have seen heavy snow, rainfall and high winds cause power cuts, road closures and flooded homes.

Salt, the capital of the northwestern Balqa Governorate, is one of five municipalities following the path charted by communities such as Petra and Aqaba. Like neighboring Jerash and Zarqa, as well as Irbid in the far north, and Madaba in central Jordan, Salt recently set up a Disaster Risk Reduction and Management Unit to oversee activities in close cooperation with the Higher Council of Civil Defense.

Severe snow storms are no longer an exception in Jordan, and this year preemptive measures resulted in improved coordination between national and local authorities.

"During this year's storm we had more authority and leverage to work at the local level but we still need more support from the national government in terms of building capacities, financial resources and raising awareness among our communities," explained Khaled Al Khashman, mayor of Salt.

Awad Karacha, assistant governor of Jerash, said preparedness paid off: "We are pleased to state that for the first time this year Jerash Governorate was not in lockdown due to the snowstorm. We learned from our mistakes last year and we were prepared when it hit because we took preventive measures that ensured continuity for the community."

Spread across three mountains and the valleys between them, Salt is home to about 80,000 people. When Jordan was established in the second decade of the 20th century, it was one of the first cities to initiate a major rehabilitation program of roads, parks and other amenities. In 1927, a powerful earthquake struck the city, claiming 242 lives. In the aftermath, the local authorities contributed significantly to the rehabilitation of many of the damaged houses. Today, reducing disaster risk remains a top priority.

Sharing Salt's lessons, Mayor Al Khashman has just organized a study tour for disaster risk reduction experts from Jordan’s Ministry of Interior, five governorates and fellow municipalities. "We need to have a common understanding at both the national and local level of what disaster risk reduction means. We need to move from response to preventive measures and for that we have to ensure that there is a national strategy in place that takes into consideration the local level needs," he explained.

Jordan is introducing measures to decentralize power. The legislation, currently being reviewed by parliament, will enable municipalities and governorate councils to improve their performance and upgrade their services.

"The proposed law will bring local governments the authority to lead preventive and response actions in case of a disaster. This has been a major challenge in past emergencies such as the winter storm Alexa which swept through the Mediterranean two years ago", said Nayef El Khouri, program officer at the Swiss Agency for Development and Cooperation (SDC), which is working to strengthen disaster risk management capacities in Jordan. The 2013 storm was the worst recorded in decades in the region, blocking all main roads in the capital Amman, shutting down government offices and stretching disaster preparedness and management activities.

With support from SDC and UNISDR, the five municipalities have drafted a resilience action plan in line with the "10 Essentials" of UNISDR's Making Cities Resilient campaign, in close coordination with their governorates.

Besides facing snow storms, floods and landslides, Jordan is highly earthquake-prone due to its proximity to the Rift Valley which separates the African and Asian tectonic plates. According to its national disaster loss database, between 1981-2012 the country experienced 665 disasters, with 165 deaths primarily caused by floods and storms, and more than 336,000 people affected. Estimated economic losses were US$401 million.

It also bears the brunt of man-made crises. "Jordan has been facing ongoing refugee influxes from neighboring countries such as Palestine, Iraq, Lebanon, and more recently Syria, over the past decades. Those refugees are the most vulnerable group that would be affected in case a disaster happens and should be taken into consideration," said Saud Quran, a Jordanian disaster risk reduction expert.