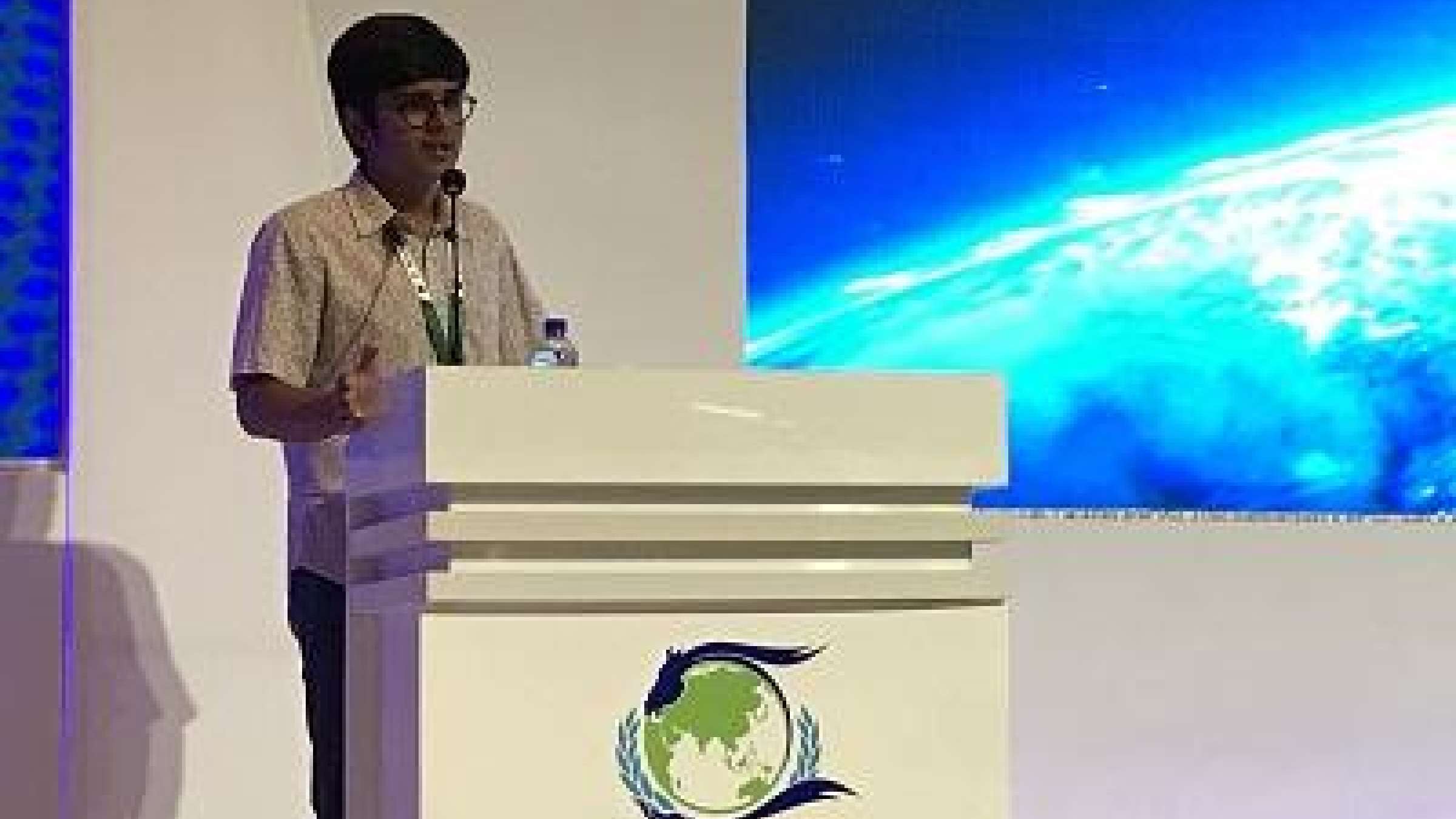 ULAANBAATAR, 9 July, 2018 - Climate change and its influence on extreme temperatures captured the attention at the closing ceremony of the Asian Ministerial Conference on Disaster Risk Reduction (AMCDRR) last Friday.

Extreme heat and extreme cold were the subjects of the two winning entries in the UNISDR Video Competition. The competition theme was “Preventing Disaster Risk: Protecting Sustainable Development”.

Given the record-breaking temperatures across Asia and around the world, it is not surprising that one of the winners focussed on heat waves.

17-year-old Rameshwar Mihir Bhatt from India, won in the Amateur Category with his film “Waves of Heat” which highlights how heat waves affect the urban poor in his hometown of Ahmedabad which is the first city in India to make a Heat Wave Action Plan to safeguard its citizens from the impacts of temperatures which this summer have soared to 48 degrees Celsius.

Since he was 13, Rameshwar has made over 80 films, many of which have been focused on environmental issues. His films have won awards from the state government of Gujarat and World Bank’s Connect4Climate group. He cares passionately about the environment and climate change and turns his films into Vlogs on YouTube. His Motto is “Keep Filming”.

When making ‘Waves of Heat’, he drew inspiration from the streets of Ahmedabad filming entirely on his iPhone.

After receiving his award from Mongolia’s Deputy Prime Minister, Enkhtuvshin Ulziisaikhan, Rameshwar said, “I wanted to show the impacts of the heatwave on the poorest people who live and work in the streets. They are the ones who struggle most but also find the most innovative ways to adapt and cope. In India the most active risk reducers are the poor.”

The professional category winner was an animated film called “Building community Resilience against Dzud” produced by Mercy Corps, Mongolia. The prize was accepted by Mr. Ramesh Singh, Country Director for Mercy Corps who has over 21 years of experience in managing large-scale humanitarian and DRR programs in Asia.

The Dzud is a disaster unique to Mongolia in which many livestock die from either cold or starvation during the winter and early spring. The Dzud not only leads to widespread livestock losses, it has far-reaching socio-economic impacts on the livelihoods of herder families who depend solely on livestock for food and income.

As the frequency and magnitude of Dzud disasters increase, new and inexperienced herders as well as urban communities are still insufficiently preparing for the winter. The film not only raises awareness of the Dzud, it advocates for the need to build disaster resilience and preparedness at the household and community level.

Natalia Ilieva, Head of Secretary-General’s Office of the Asia Pacific Broadcasting Union (ABU), was on the judges of the video competition, said: “This year’s entries reflect a steady improvement in the quality and the range of entries that we receive. We want to ensure that these stories, which show how communities are adapting to climate change and building their ow resilience to disasters, reach much wider audiences”.