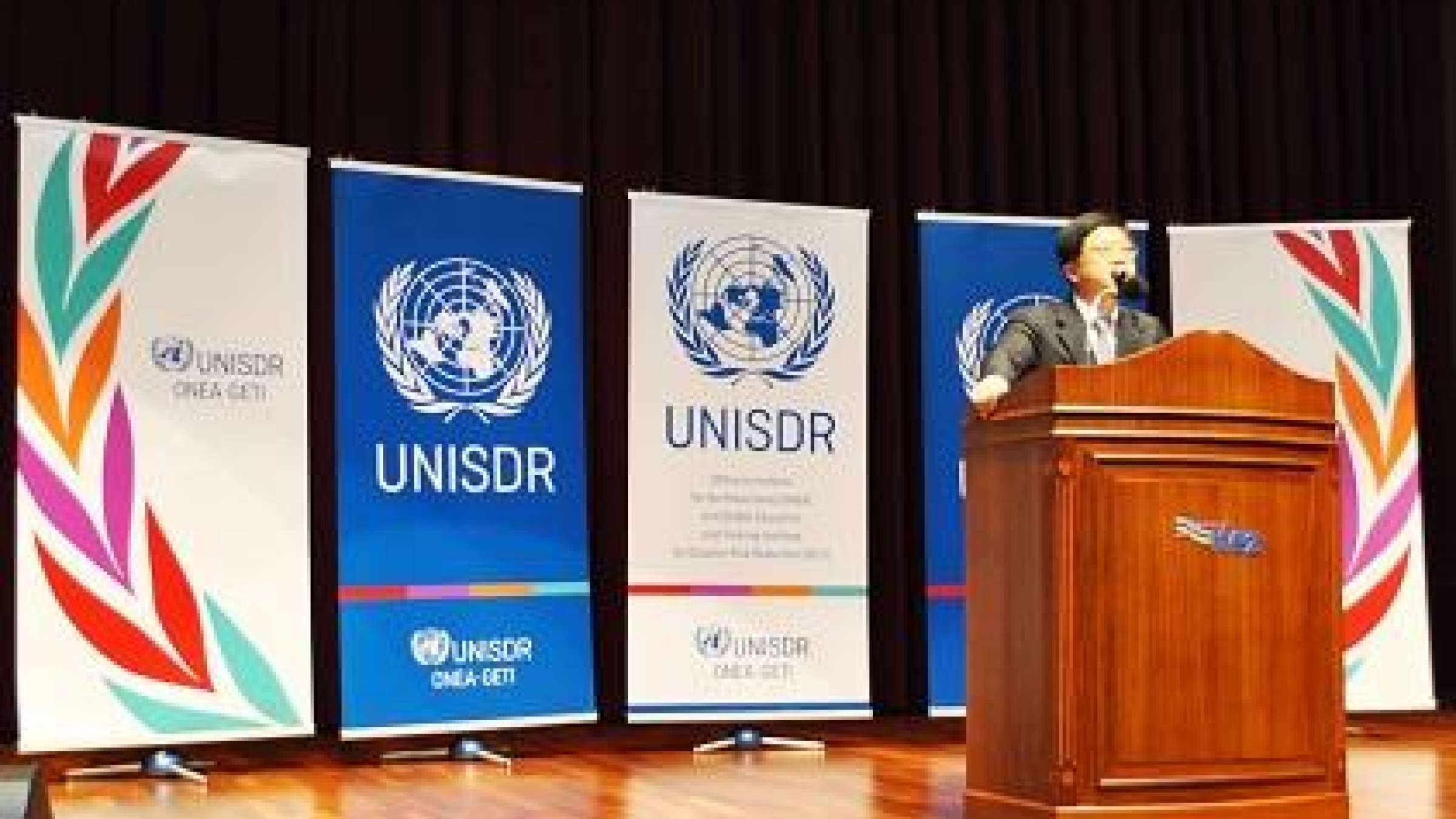 INCHEON, Republic of Korea, 7 December 2015 – One hundred and fifty-six Korean municipalities have agreed to promote city-to-city learning to strengthen implementation of the Sendai Framework for Disaster Risk Reduction.

The first City Resilience summit of its kind took place at UNISDR’s Global Education and Training Institute (GETI), in Incheon, agreed to formalise the gathering into an Annual Forum for Korean Cities so that lessons and progress can continue to be shared.

“The Making Cities Resilient Campaign has been very successful in our country, reaching up to 58% of cities. The campaign helps to ensure that risk informed decision-making is made and climate change tackled,” the Director General of the Ministry of Public Safety and Security, Mr Ahn Young-kyoo, told city leaders.

Mr Ahn said that local level engagement to boost cities' resilience remains a priority for the Ministry. Local governments have been urged to integrate flood mitigation planning into city planning. Korean cities and local governments are using the Korean Local Government Self-Assessment Tool, adapted and harmonized with the tools of the Making Cities Resilient Campaign, for their assessments.

Local governments are charged to collect disaster information within the national reporting mechanism despite limited resources. As such, more emphasis is being given to investment in information technology in order to improve the efficiency of the monitoring, collection, and sharing of disaster information.

The Sendai Framework highlights how cities are a key partner in efforts to achieve a reduction in disaster losses and risk. In light of this, Korean cities requested UNISDR to convene the forum to strengthen peer-to-peer learning and to hear how local governments elsewhere in the world are planning to implement the global blueprint on disaster risk.

Adopted in March, the 15-year Sendai Framework provides strong guidance to support national and local efforts to build resilience to disasters within the context of sustainable development.

Floods, storms, and landslides are among the most frequent hazards in the Republic of Korea. The country has a comprehensive plan to enhance disaster management in response to climate change, various ministries are increasing their investment in disaster risk mitigation.

“We can help you to build partnership in your cities with the private sector and the chamber of commerce. We can also to provide capacity building support to your cities to develop your local strategies and action plans for disaster risk management,” said the Head of the UNISDR Office for Northeast Asia and GETI, Mr Sanjaya Bhatia.

The UNISDR Office for Northeast Asia and Global Education and Training Institute is a joint initiative of UNISDR and the Korean Government. It is mandated to develop a new cadre of professionals in disaster risk reduction and climate change adaptation for disaster resilient societies.