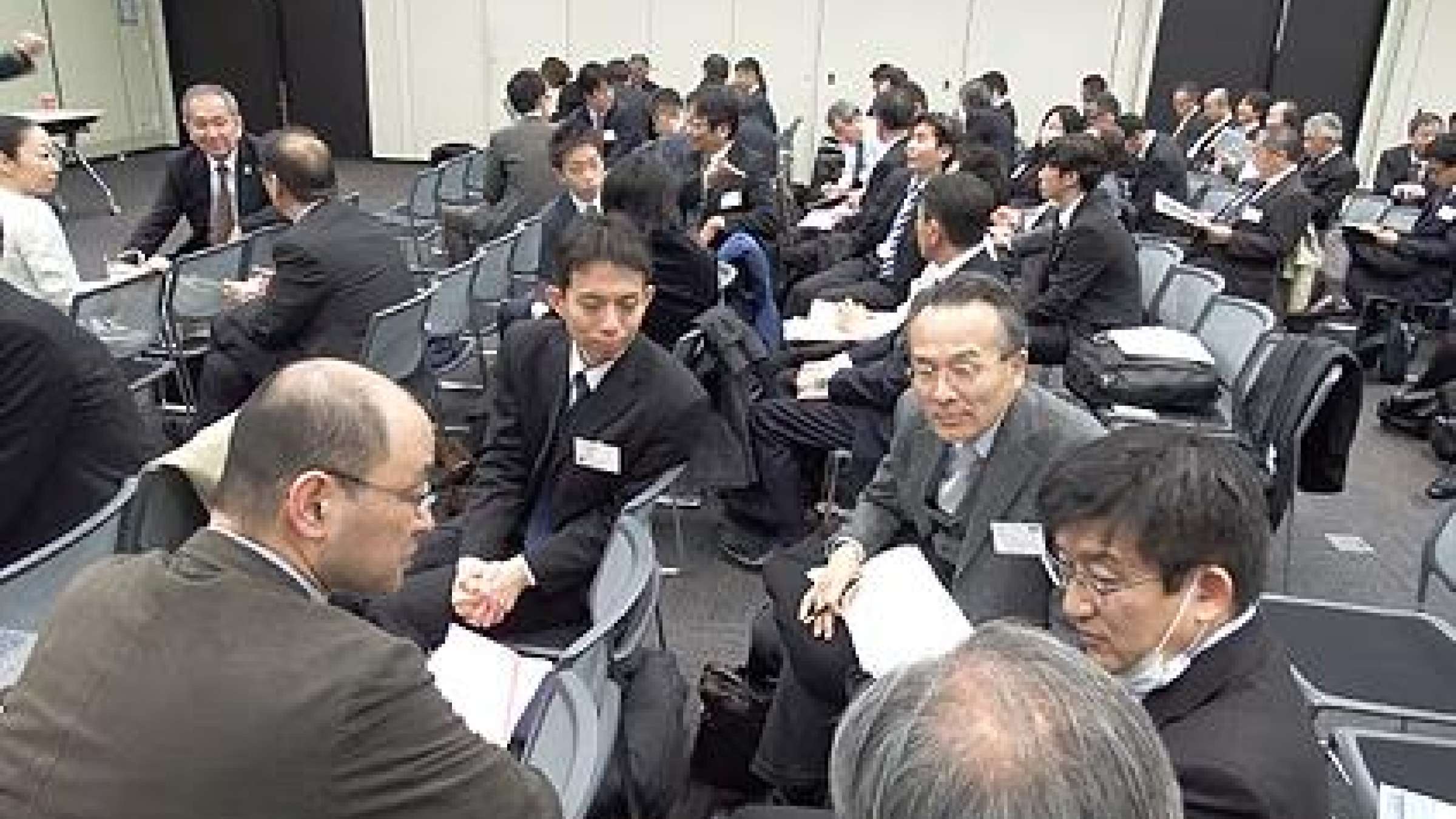 Tokyo, 24 February 2015 – More than 250 representatives from Japan’s business community have held an information-packed session to prepare for next month’s World Conference on Disaster Risk Reduction, which will see the adoption of a new global framework to guide risk reduction over the next decade.

The February 13 event also doubled as the launch of the Japanese version of the UNISDR publication, Private sector strengths applied: good practices in disaster risk reduction from Japan.

In a video message, Margareta Wahlström, Special Representative of the Secretary-General for Disaster Risk Reduction, commended the Japanese private sector’s strong role and noted that businesses should first of all see resilience as being in their own interests. In addition, she said, business is critical both for assisting in disaster situations and even more so for society’s ability to recover and rebuild. She pointed to evidence that if businesses keep going, a society recovers faster in the aftermath of a disaster.

Ms. Sandra Wu, Chair of DRR-PSP and the UNISDR Private Sector Advisory Group, Chairperson and CEO of Kokusai Kogyo Co., Ltd., noted that there were now 22 Japanese companies amongst the 94 DRR-PSP member companies worldwide. She underlined the greater role expected to be given to the private sector in the post-2015 framework for disaster risk reduction due to be adopted at the World Conference next month – known as the HFA2, as it updates the 2005 Hyogo Framework for Action. The key, she said, was for companies to ensure their own business continuity, proactively improving resilience in their supply chains, within industry sectors and in the communities where they operate. Above all, she underlined, they should ensure risk-sensitivity in corporate management and decision-making by asking the question: will this decision today generate additional risks in the medium to long term?

Dr. Satoru Nishikawa, Member of the UNISDR HFA2 Advisory Group and Vice President of the Japan Water Agency, set out the historical development of disaster risk management in Japan and the concept of reducing impact by reducing the vulnerability of societies.