‘I've managed disasters and not fell in a screaming heap’ 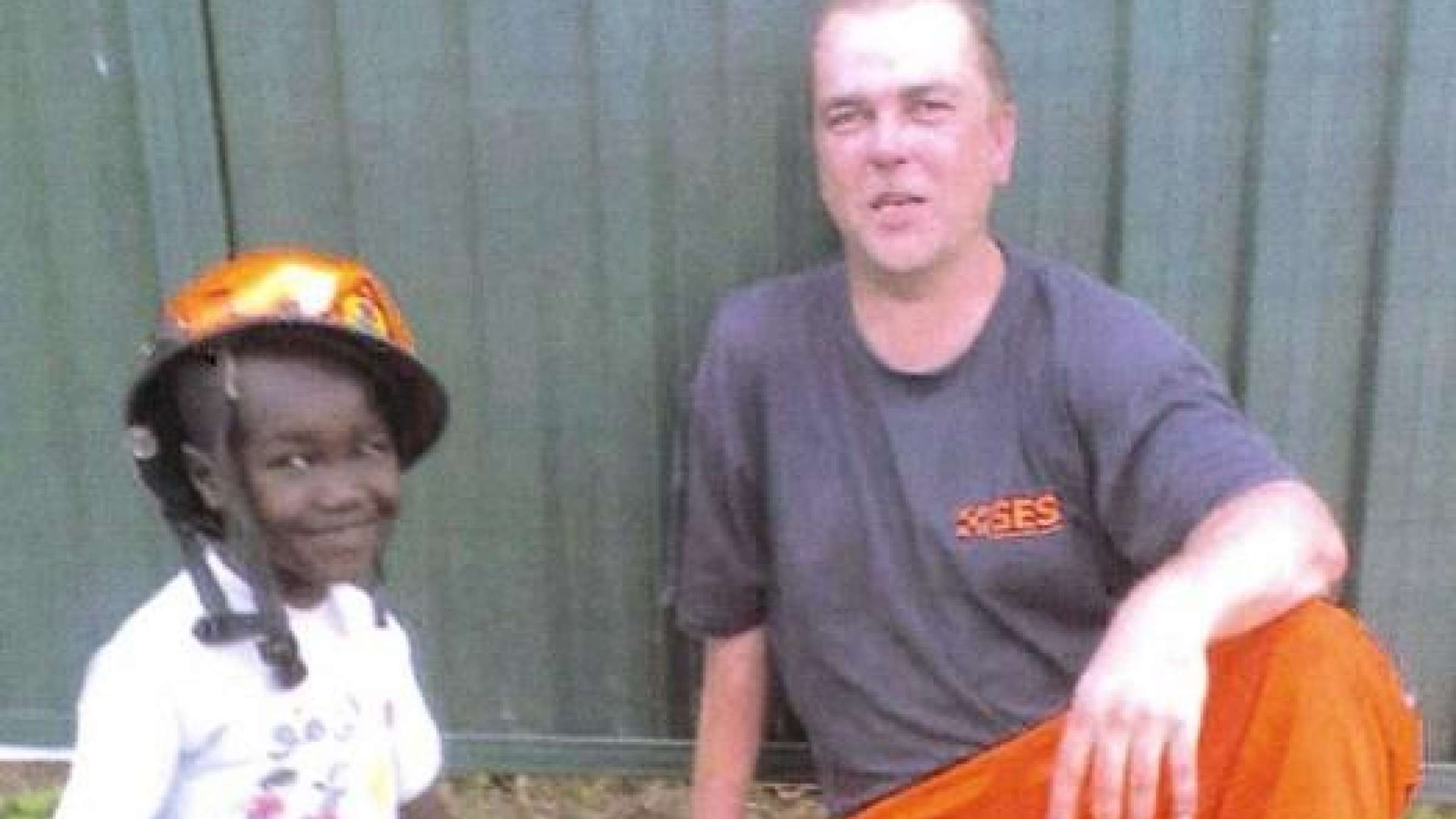 <b>Exhausted and sweaty: </b>Stuart Mawbey makes friends with a boy from a refugee family in west Sydney, who he describes as ‘a little charmer’, after patching up the roof of their house in the wake of violent storms.

Stuart Mawbey is an emergency service volunteer worker and manager as well as a person living with disabilities. He has spent the last 15 years assisting in emergencies in the Australian States of South Australia and New South Wales. Here he reflects on the immense personal satisfaction he derives from his volunteerism as well as the ongoing challenges he faces as a person living with disabilities. Stuart is one of more than 2,000 respondents to the first-ever survey of people living with disabilities and disasters – organised by the UN Office for Disaster Risk Reduction (UNISDR) and partners – to mark the 2013 International Day for Disaster Reduction on 13 October.


Goulburn, AUSTRALIA, 6 September 2013 - As a volunteer with the State Emergency Service (SES) our primary role is to assist the community with floods and storms, however I have also participated in remote area search and rescue, forensic searches, bushfire assistance, traffic control and safety for community events.

Many of the duties I have performed have been airfield security and refuelling, urban search and rescue, communications, management and tasking, assisting in running an emergency operations centre during and after storm and flood events, teaching new SES volunteers, managing training, attending high level strategic coordination and command centres with police and other emergency services and areas of government such as social services.

I'm a communication specialist and on many occasions I have been the first person to listen to people affected by disaster, to offer practical help, as well as giving an empathetic ear and just smoothing things over, making sure everything turns out right and people are looked after to the best of my abilities.

I've been involved in emergency management preparation and planning for local government especially within the Flinders Ranges of South Australia. I've made a contribution to state based planning as well.

My disabilities are a paralysed right arm, overuse injury of my left arm, chronic disabling pain, with a history of mental health problems which have been diagnosed as schizophrenia and depression.

I have found that I have generally been accepted by my peers in the SES, and have been rewarded with volunteer command positions. I would prefer that I could pass, somehow, general rescue without having to demonstrate how to tie knots which I find nearly impossible. I would rather be let up a ladder with only one working arm, because I have climbed ladders and roofs safely for 20 years without incident. However, inflexible safety rules say otherwise.

I have found that if I stay on my medication and monitor my stress levels as well as meditate regularly my schizophrenia does not rear its ugly head and embarrass me. I have successfully managed hundreds of SES tasks, and up to 50 volunteer workers at once at many responses to disasters, without falling in a screaming heap.

Sometimes I feel as if the only time the community wants me is in a time of crisis, but because it is not willing to pay me, I can feel exploited. But, the overall camaraderie of my SES unit, as well as the good feelings of a job well done, nearly always overcomes negativity. I do meet some beautiful people.

The SES still has a long way to go with inclusiveness though, especially in terms of access. As a disability rights advocate, I know that many of my friends, who are in wheelchairs, would like to participate in volunteer opportunities the SES offers. However, too many operation rooms are up stairs, have very narrow doors, and there are no toilets for people with disabilities.

Stuart is one of more than 2,000 people around the world who have participated in the first-ever survey of people living with disabilities and disasters – organised by the UN Office for Disaster Risk Reduction (UNISDR) and partners – to mark the 2013 International Day for Disaster Reduction on 13 October.

Have Your Say! If you’re living with a disability or you are a caregiver, take our survey and share your thoughts on living with disasters. The survey is available here in several languages.