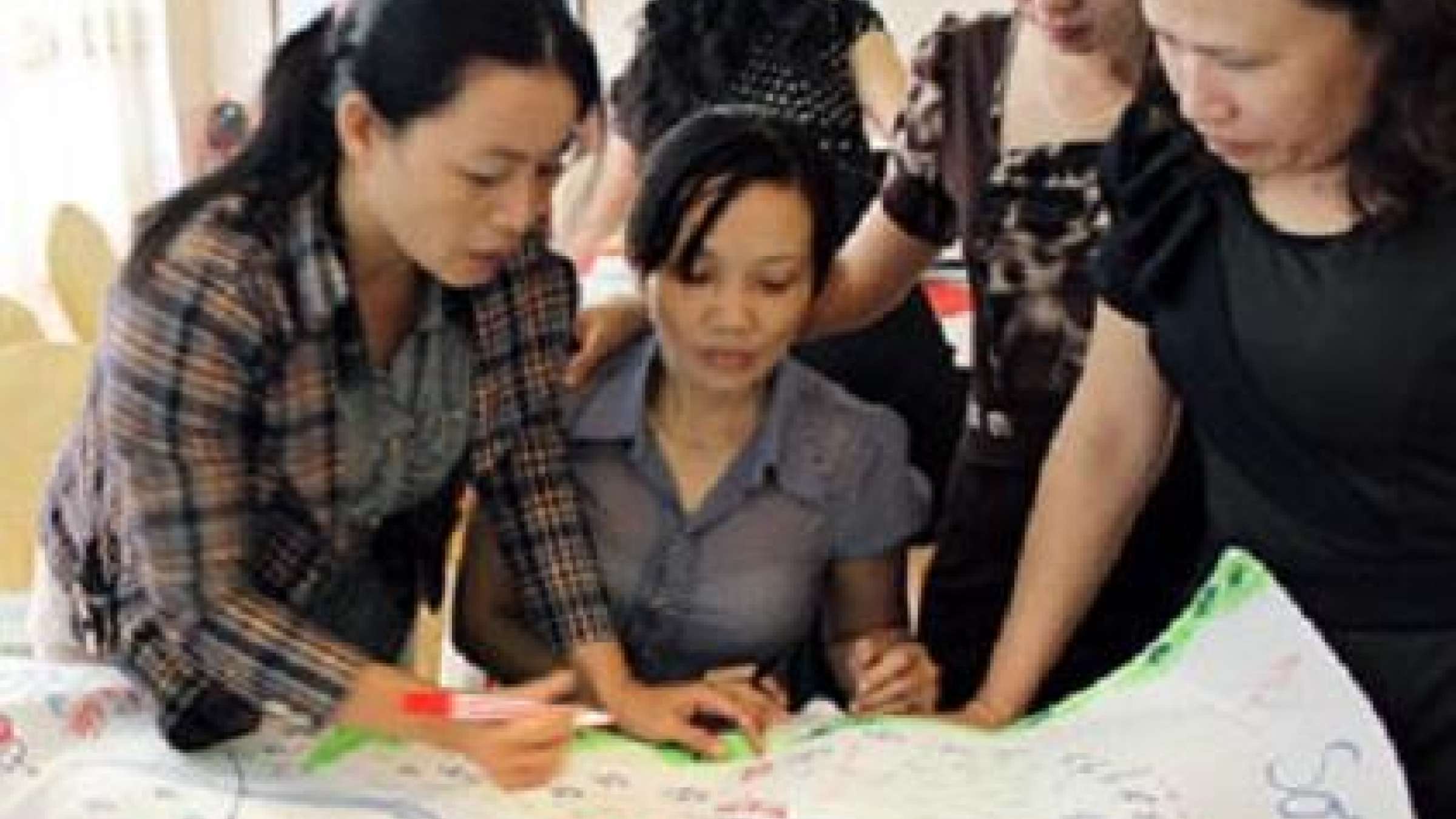 Women in Vietnam working on a hazard map for their community (Credit: UN Women)

Mr. Glasser said: “Too few countries in disaster-prone parts of the world have a clear understanding of how gender inequality contributes to higher death rates among women and girls in disasters and this has to change.

“It will be impossible to reduce disaster losses if we continue to exclude over half the human race from playing a full role in managing disaster risk even as climate change intensifies the severity and frequency of weather-related disaster events.

“UNISDR’s review of progress in reducing loss of life and numbers of people affected by disasters shows that too many national disaster management agencies see women and girls only as a vulnerable group. At the same time they fail to promote women to senior positions in their ranks which would give them a better understanding of how to reduce the exposure to disasters of women and the children they raise.

“Women’s lives are put at risk in earthquakes, droughts, storms and floods because of unequal opportunity, poverty, cultural beliefs and traditional practices which limit both their access to life-saving skills and their inputs into community plans for disaster risk management.

“I hope this is something that will change over the next decade as we make progress on implementing the Sendai Framework for Disaster Risk Reduction and the SDGs. Women have to be part of the global effort to build a world that is safe and resilient to disasters.”

Mr. Glasser is head of the UN Office for Disaster Risk Reduction (UNISDR) and an international gender champion.