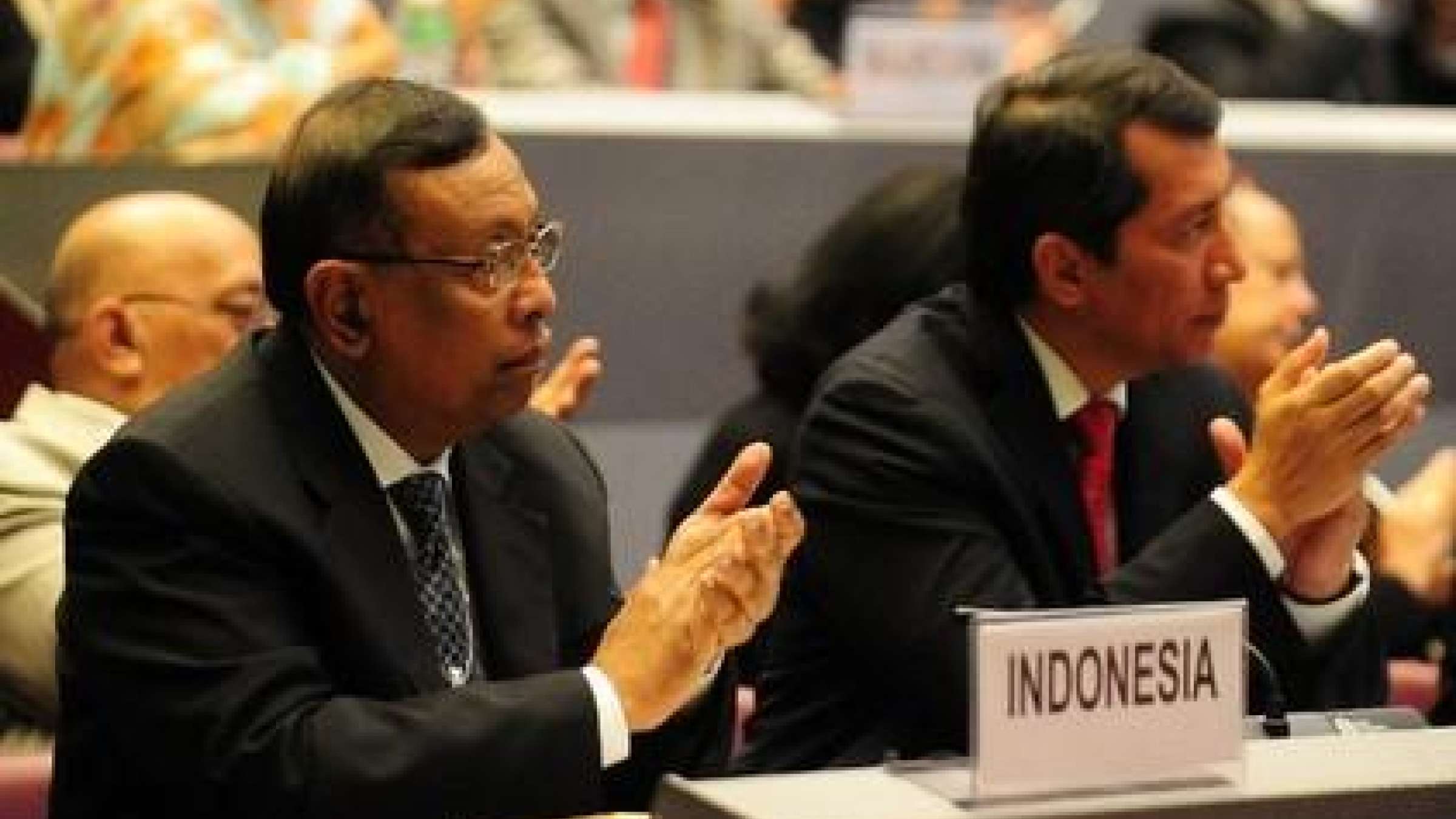 The Global Platform – held in Geneva every two years – is the world’s main forum for disaster risk reduction, attracting nearly 3,000 participants this year. The Platform opened yesterday and ends on Friday, 13 May.

“In recent years we have learned many lessons,” said the Indonesian President, who delivered thank you remarks in a video message to delegates. “We need to instill a culture of safety nationwide. Prevention and preparedness is far better than reacting and mourning.”

“Governments cannot do this alone. The community must be engaged,” he added, saying that his country had established local disaster management teams that stood ready to act in an emergency.

He said regionally, Indonesia had spearheaded various initiatives for disaster preparedness, such as joint regional exercises and adopting early warning system. In 2007, the country established a law that made it mandatory to integrate disaster risk reduction measures when building factories, offices, schools and homes. He also explained that he had plans to announce the launch of the World Economic Forum’s “Third Country Network of the Disaster Resource Partnership,” in June.

In recognition of his achievements, Chair of the Global Platform, United Nations Deputy Secretary-General Asha-Rose Migiro, invited Margareta Wahlström, the Special Representative of the Secretary-General for Disaster Risk Reduction, to present a letter of commendation to the President. It was received by his Envoy to the Global Platform, Syamsul Maarif, Chief of the Indonesian National Disaster Management Agency.

“I am honored that you have accepted to be the in recognition of your efforts and commitment in protecting people and communities from the impact of disasters,” Ms. Wahlström stated, in the letter. “I commend your efforts in making disaster risk reduction an integral part of development processes in Indonesia. You have been instrumental in instilling a culture of safety under pinned by strong community engagement, both at the national and local levels.”

“I applaud your leadership in fostering a drive for resilience within the South East Asian Nations, underscored by greater coherence and coordination among Member States. Your guidance and leadership will be of immense value to countries at risk around the world,” she added.

The Indonesian contingent is the largest government delegation at the 2011 Global Platform, with 39 members.