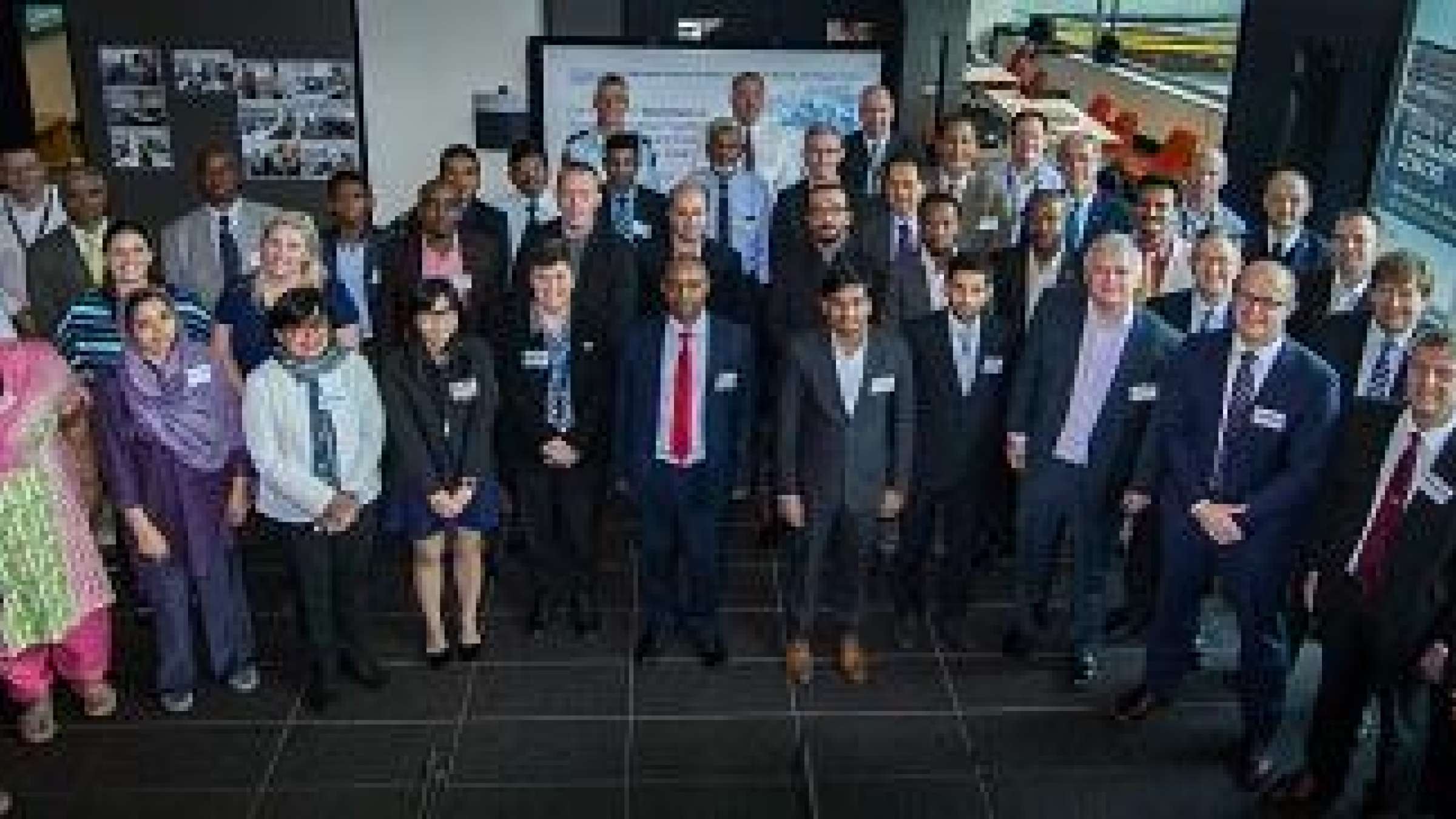 Delegates at the Melbourne meeting are aiming to fine-tune the Indian Ocean Tsunami Warning and Mitigation System (Photo: Bureau of Meteorology)

MELBOURNE, Australia, 10 May 2016 – Tsunami experts from across the Indian Ocean have gathered in Australia this week to work on ways to improve their ability to ward off a repeat of the tragedy that struck the region in 2004.

The five-day session, run by UNESCO’s Intergovernmental Oceanographic Commission and hosted by the Australian Bureau of Meteorology, kicks off a series of events around the world leading up to the first World Tsunami Awareness day on 5 November.

“As we’ve seen throughout history, tsunamis know no borders. So it’s absolutely vital that we think globally and act locally,” Mr. Rob Webb,  Deputy Director and Division Head for Hazards, Warnings and Forecasts at the Bureau of Meteorology, told the delegates who come from 14 countries.

Besides looking at gaps in the Indian Ocean Tsunami Warning and Mitigation System – notably the need to improve coverage of the “last mile” so that the public can fully understand and act on alerts – the key aims of the Melbourne meeting are to harmonise the standard operating procedures and prepare September’s regionwide “IOWave16” tsunami exercise.

The Indian Ocean system, under which warnings are spearheaded by  Australia, India and Indonesia, has been operational since 2006.

For decades, alerts in the Indian Ocean lagged behind that of the Pacific, which counts on warnings issued by the United States and Japan – the latter, given its bitter experience and early warning skills, was the main driver of the World Tsunami Awareness Day project approved by UN member states last year.

The Indian Ocean tsunami of 26 December 2004, sparked by a massive 9.2-magnitude earthquake off Indonesia, exposed the region’s lack of preparedness.

The estimated 227,000 fatalities hailed from 14 countries across the Indian Ocean, with Indonesia, Sri Lanka, India and Thailand hardest-hit. They also included 9,000 foreign tourists from dozens of other nations, making it the worst single disaster affecting such a swathe of the globe.

Some 125,000 people were injured and more than 1.7 million fled the disaster area. The tsunami was a huge economic blow, with damage estimated US$9.9 billion.

“Lives could have been saved if more had been done,” said veteran risk expert Mr. Ray Canterford, now Australia’s representative to the IOC, recalling that getting the issue of Indian Ocean tsunami threats onto the political agenda had been a struggle until that brutal wake-up call.

“It’s seared into our collective memory. We must not forget that tragic event and we must sustain the system,” he said.

The 2004 wave struck Indonesia within minutes, but took almost two hours to make landfall in Sri Lanka, mainland India and Thailand. According to Mr. Srinivasa Kumar, Head of the National Tsunami Warning Centre at the Indian National Centre for Ocean Information Services, 50,000 lives could have been saved in the region thanks to the impact lag.

Just three weeks after the tsunami, the international community came together in Kobe, in Japan’s Hyogo region. They adopted the 10-year Hyogo Framework for Action, the world’s first comprehensive agreement on disaster risk reduction.

They also agreed to create the  Indian Ocean Tsunami Warning and Mitigation System, which now has scores of seismographic and sea-level monitoring stations and disseminates alerts to national tsunami information centres.

“We’ve made terrific progress in the last decade,” said Mr. Kumar, who is also Chair of the Intergovernmental Coordination Group for the Indian Ocean Tsunami Warning and Mitigation System.

The system disseminated alerts within eight minutes of the Banda Aceh earthquake in 2012.

Regionwide exercises in 2009, 2011 and 2014 helped to hone operations and underscored the need for a seamless, “end-to-end”  warning system that sparks public understanding and action.

“If any link in the chain breaks, it means the system has failed,” said Mr. Tony Elliott, Head of the Indian Ocean Tsunami Warning and Mitigation System secretariat. “Everything can be fine when you do a drill, but when it comes to a real event, that can go out the window. What we’re trying to do is bring it back in the window.”

“You have to be prepared for the worst, in case it happens. Disasters are a cross-cutting issue. You need to have everyone involved, starting with the community up to the highest level,” he said.

Tsunamis will also be a major theme of this year’s annual International Day for Disaster Reduction on 13 October, focused on the first of the Sendai Framework’s seven targets, reducing mortality.