Inclusion matters in build up to the Global Platform 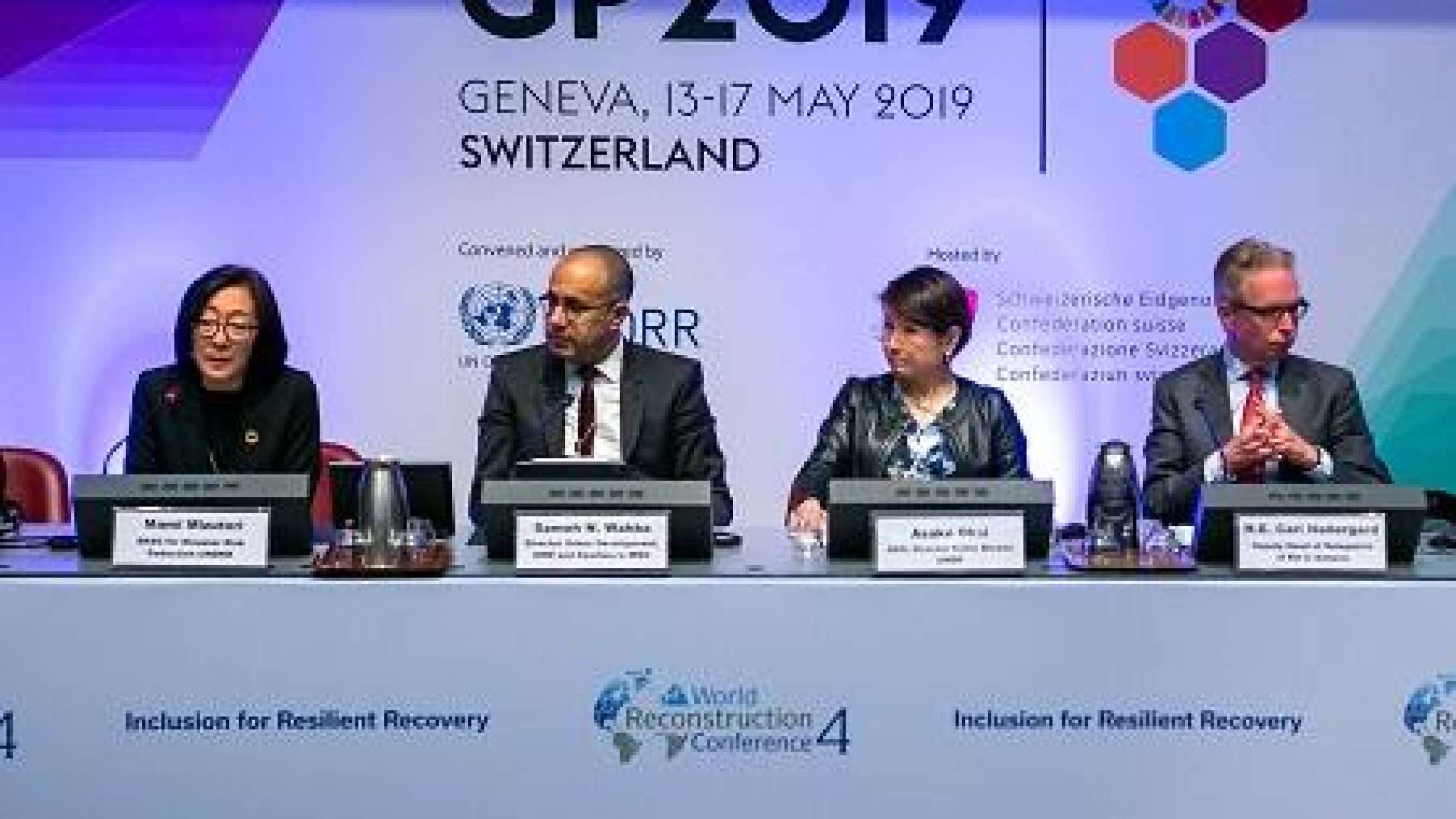 GENEVA, 13 May, 2019 - Inclusion matters. The phrase turned into a hashtag today as the theme of inclusion constantly raised its head in the 4th World Reconstruction Conference, the 2nd Multi-Hazard Early Warning Conference and the Science and Policy Forum which all got underway today as part of the build up to the opening of the Global Platform for Disaster Risk Reduction on Wednesday.

The post-disaster reconstruction effort should be seen as an “opportunity to correct existing inequalities in society and to ensure that during the process of reconstruction these inequalities are addressed in practical ways,” said Mami Mizutori, head of the UN Office for Disaster Risk Reduction (UNDRR) at the opening of the 4th World Reconstruction Conference.

She said it was often the case that in the desire to help as many people as possible in the aftermath of a disaster, “people who are already marginalized can fall through the cracks.”

“We have a great opportunity at this Conference and the Global Platform to underline how important it is that this issue is addressed in national and local strategies for disaster risk reduction which should be in place by next year according to target (e) of the Sendai Framework.”

Sameh Wahba, World Bank Director for Disaster Risk Management and Resilience, spoke of the plight of people living with disabilities and their greater exposure to disaster risk. World Bank is committed to ensuring that all post disaster reconstruction of public facilities will be disability inclusive by 2020.

The necessity for such a move was underlined by UNDP’s Aska Okai, Director UNDP’s Crisis Bureau, who observed that disaster mortality was “highly gendered” with women and girls comprising 60% of the casualties in most disasters.

Ms. Okai highlighted how a variety of disasters can have disastrous consequences for people already living on the margins of society; she recalled how 750,000 people had been plunged below the poverty line by the 2015 Nepal earthquake and 2,000 persons living with disabilities in Mozambique were left homeless following the recent cyclones.

Mozambique was centre stage at the opening session of the 2nd Multi-Hazard Early Warning Conference at the World Meteorological Organization where the Deputy Director-General of Mozambique’s Institue of Meteorology, Mussa Mustafa, highlighted the shortcomings of early warnings as Cyclone Idai and Cyclone Kenneth struck the country in quick succession.

Mr. Mustafa said that while warnings were received about Cylcone Idai, there were no flood warnings and no contingency planning issued for Beira and the surrounding districts which were cut off from the outside world as 30% of the annual rainfall fell in a few days.

He highlighted the challenge of trying to persuade poor people to evacuate in good time as they were afraid to abandon their possessions and seek safety, some even saying they would prefer to die rather than leave their homes.

Mr. Mustafa said the experiences in Beira and Pemba from these two cyclones was the signal to switch to impact based forecasting which they had already been trialing. He also said the disaster had exposed the lack of infrastructure resilient to extreme weather events.

Speaking at the opening of the Science and Policy Forum, Prof. Jacqueline McGlade, former chief scientist with UN Environment and board member with the International Science Council, highlighted the failure to deal with mental health problems in the wake of major disaster events such as the 2008 earthquake in China which killed thousands of schoolchildren and revealed the lack of earthquake resistant standards in the construction. “There was no effort to get people around the table to talk,” she said.

She also highlighted the need to focus on food in Build Back Better programmes and creating opportunities for farmers and smallholders to grow foods that are saline tolerant and drought resistant.

“Sometimes after a disaster, patience is what’s required. The science of the long-term is where we need to go,” Prof. McGlade said.