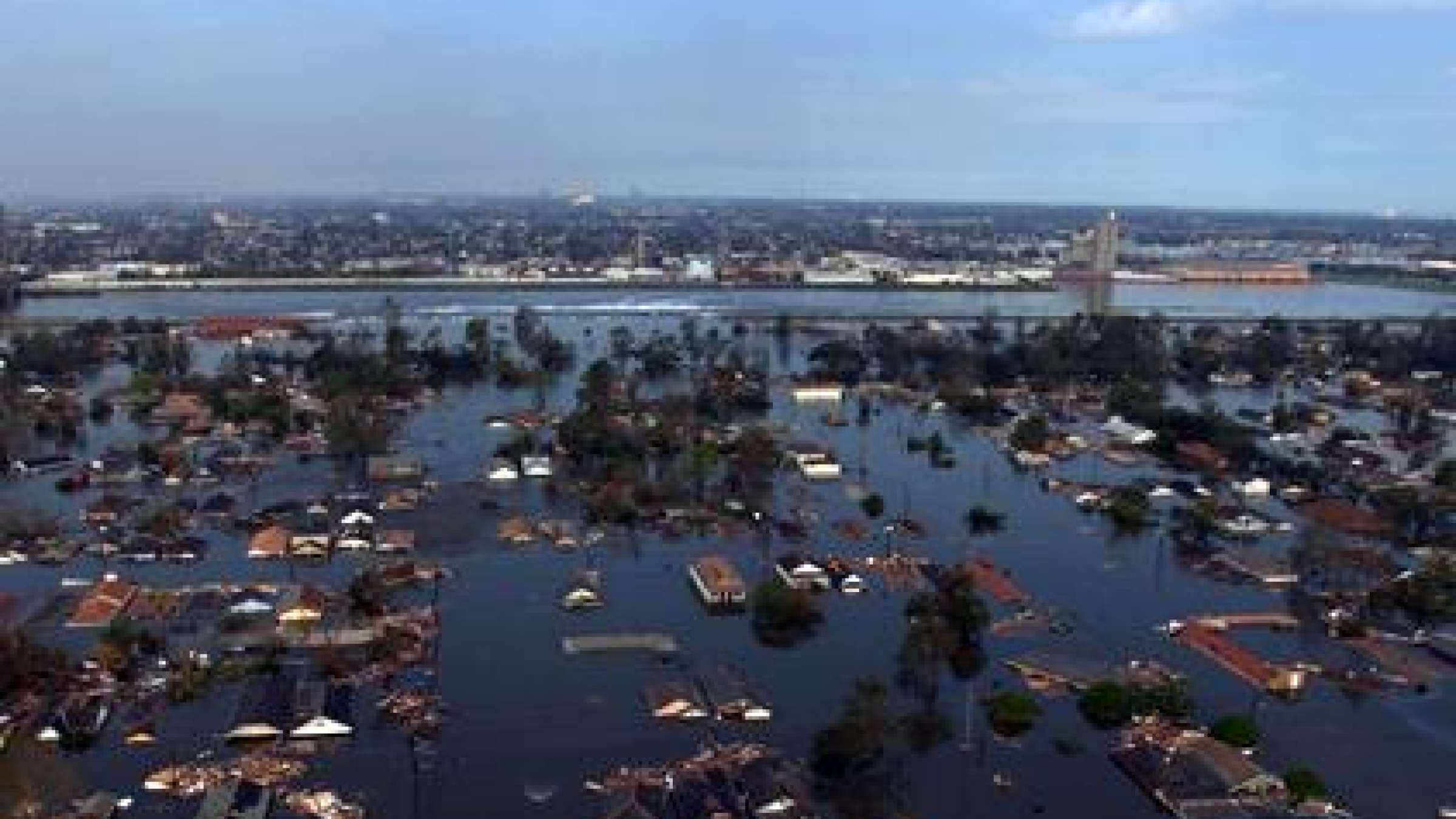 Aerial view of a flooded neighborhood in New Orleans in the aftermath of Hurricane Katrina.

28 AUGUST 2015, GENEVA – The head of the UN Office for Disaster Risk Reduction (UNISDR), Margareta Wahlström, today said the true legacy of Hurricane Katrina, America’s costliest hurricane disaster, was to raise the bar for disaster risk management worldwide. In a statement issued to mark the 10th anniversary of the category 5 hurricane which claimed over 1,800 lives and inundated 80% of New Orleans, Ms. Wahlström said:

“Hurricane Katrina exposed weaknesses in disaster risk management which are common to many hazard prone locations around the world. We can learn a lot from New Orleans if we are to achieve substantial reductions in disaster losses as called for in the Sendai Framework for Disaster Risk Reduction which was adopted by governments earlier this year.

“As it has sought to build back better, New Orleans has transformed itself into a role model for disaster resilience. It continues to invest heavily in improving flood defences and major efforts have been made to engage citizens in the renewal of the city. There is better mapping of the city’s hazards and there is greater awareness among the population about the importance of disaster risk management in ensuring the sustainable social and economic development of the city.

“As in many other disasters, almost 50% of those who died in Hurricane Katrina were elderly citizens, some disabled and living alone. Many lessons learned from New Orleans have been incorporated into the Sendai Framework including the need to engage the elderly and other potentially vulnerable groups in disaster planning and to make adequate provision for their safety when a disaster strikes. Hurricane Katrina has taught us that disaster risk reduction must be people-centred and engage all sectors of society.”