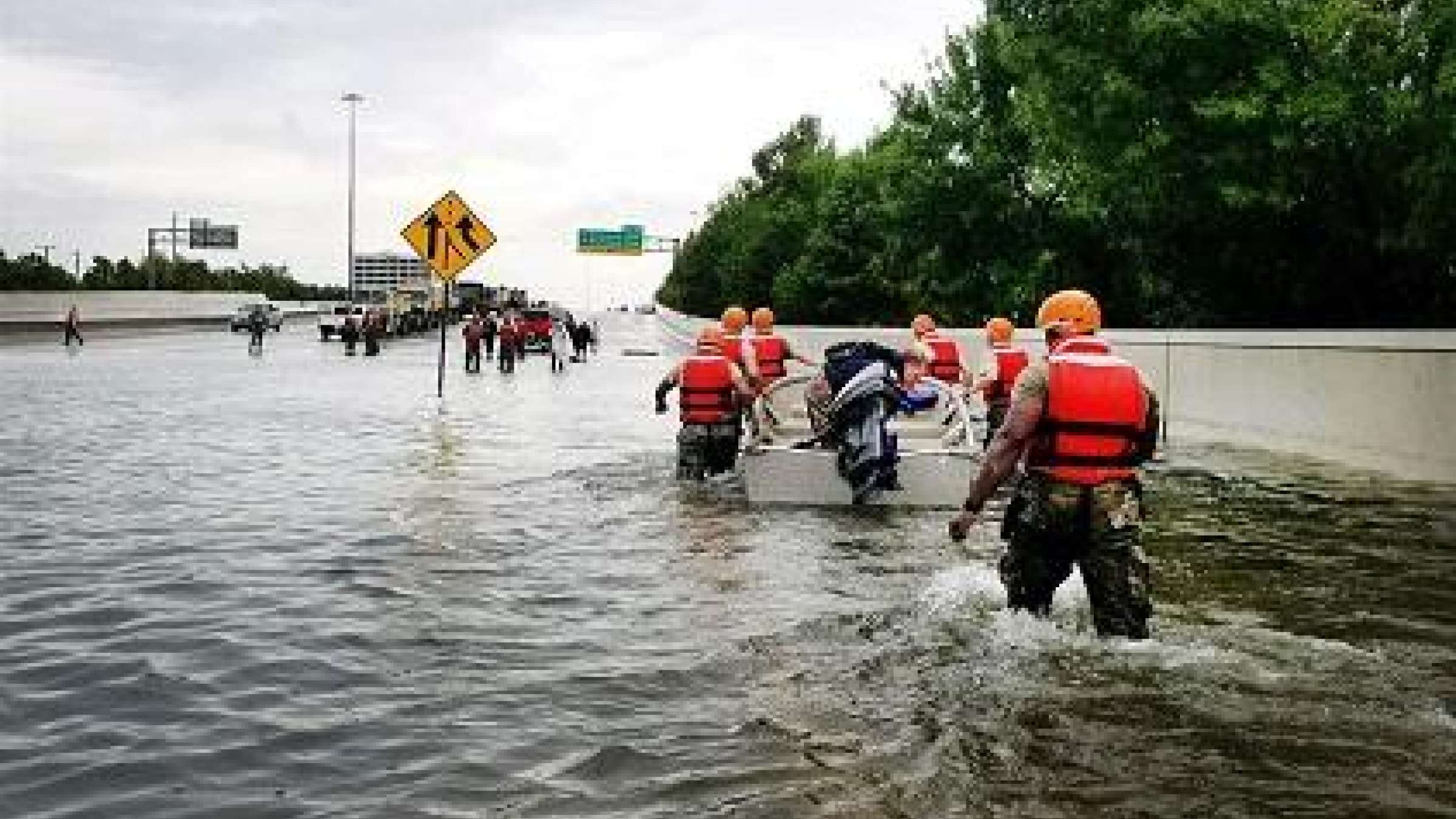 GENEVA, 28 August 2017 - The UN Secretary-General’s Special Representative for Disaster Risk Reduction, Mr. Robert Glasser today extended his condolences to the people of the US State of Texas for the loss of life in the aftermath of Hurricane Harvey which has affected millions along the coastline.

Mr. Glasser said: “The United States is a world leader in disaster preparedness and response and there is no doubt that the death toll from this Category 4 hurricane could have been much higher if early warnings had not been acted on. We saw that in a similar scenario in Haiti last October over 600 people lost their lives in Hurricane Matthew.

“Nonetheless, Hurricane Harvey has revealed how exposed even high-income countries are when building takes place on a grand scale along coastlines exposed to tropical storms. There is no doubt that along with failings in risk governance, climate change is intensifying the cocktail of man-made risk to an unprecedented degree.

“Over the last 40 years, including the hottest years on record, we have seen a doubling of extreme weather events. Weather only turns into a disaster when it impacts on populated areas and it is important that we understand what is required to reduce mortality, the numbers of people affected and economic losses.

“Events in Texas are only the latest reminder that flooding is the most common natural hazard forcing the displacement of millions of people each year and underlining the importance of having in place common-sense restrictions to ensure that critical infrastructure is located outside flood plains or at sufficient elevations to minimize the damage.

“More urban infrastructure will be built this century than ever before to meet the needs of a growing global population and strong risk governance needs to be part and parcel of that expansion if we are to avoid unnecessary tragedies, loss of homes and livelihoods such as we are witnessing now right across the world.”