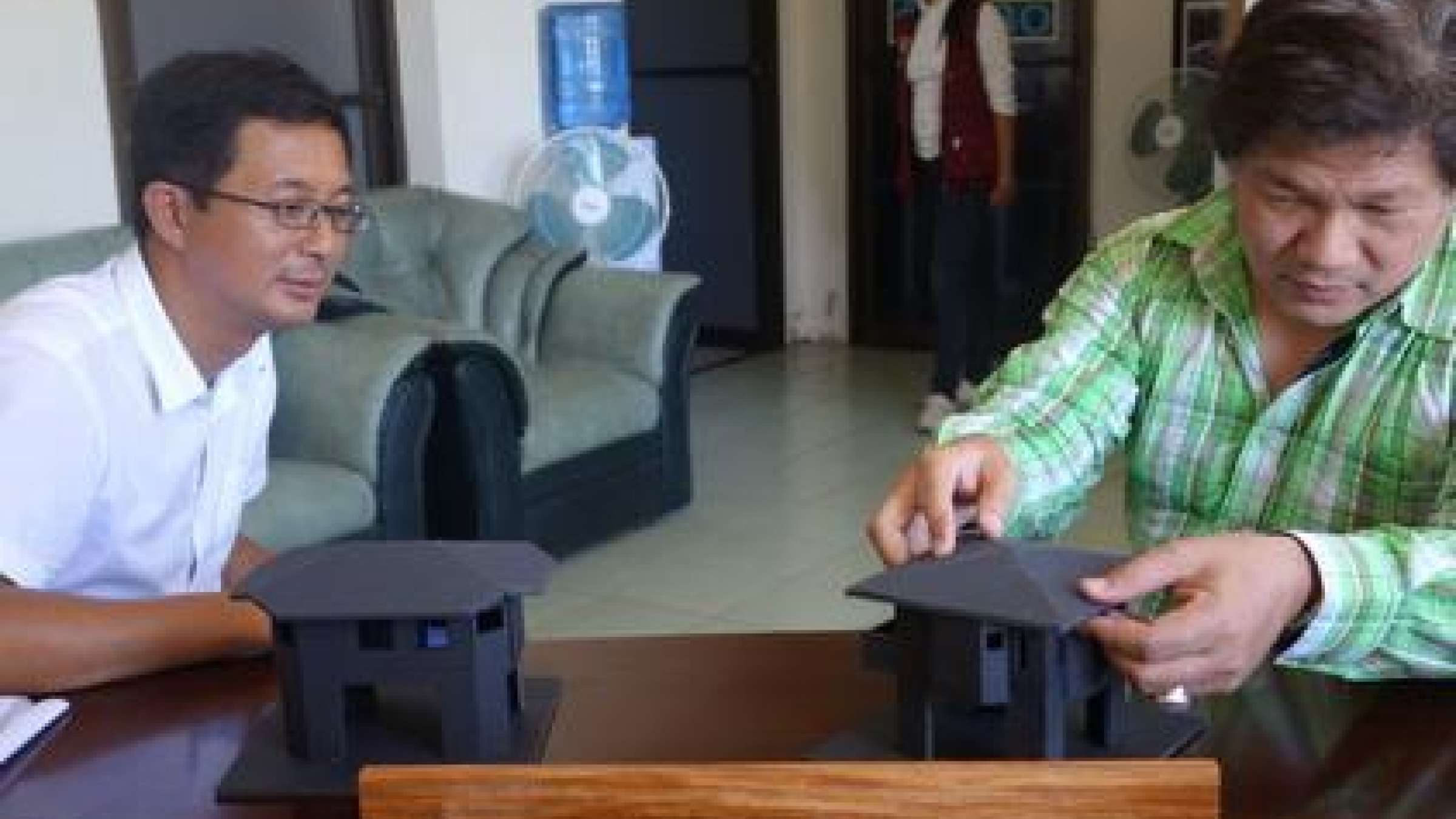 GENEVA, 4 December 2014 - Government and schools were closed today in the Philippines coastal city of Tacloban as thousands of families flocked to evacuation centres ahead of the feared arrival of another “super typhoon” at the weekend.

Typhoon Hagupit, locally named Ruby, intensified into a super typhoon earlier today, carrying sustained winds of 240 kph and gusting to 296 kph. It could intensify in the next 48 hours before making landfall on Saturday.

Vivid memories of the most powerful storm in living memory, Typhoon Haiyan, which claimed 7,000 lives in November, 2013, have ensured that people are responding promptly to early warnings and between 3,000 to 5,000 families are already in evacuation centres. The city of 250,000 lost 3,000 citizens to Haiyan.

Tacloban’s Deputy Mayor Jerry Yaokasin said today: “So far people have voluntarily evacuated. We don’t have to forcibly evacuate them. They now know the danger of being hard hit. Now practically all the residents in the coastal villages and barangays (districts) have evacuated themselves.”

He estimated that between 3,000 to 5,000 families were now settling into safe sites such as schools, churches and other public buildings which had survived Haiyan intact and were located away from the coast. The demand for safe refuge is such that some people are being moved inland 12 to 15 kms.

Mr. Yaokasin said: “People are listening to the radio, watching TV, lining up at gasoline stations with vehicles and motor bikes. There is a lot of buying going on, some might call it panic buying but people have a sense of urgency which was not there before.

“The scenario is the same as before Haiyan when people laughed at us and said we were out of our minds. Just like then today is sunny and there is a slight breeze.”

Unlike a similar event before Haiyan, yesterday there was a full attendance at an emergency meeting of local district or barangay officials who play a vital role in going door-to-door to ensure people are aware of the danger and have access to safe shelter.

The deputy Mayor confirmed that schools have been closed and except for those involved in rescue and relief, government offices have been closed. He said a lot of businesses closed early today and were boarding up their premises.

The local authorities are guarding against any repetition of the looting which followed Haiyan by requesting additional police and army for the city.

“I can say now that people have learned their lessons which makes our job much easier. One life lost is too many. If there is any repetition of what happened as a result of typhoon Haiyan we should all resign,” he said.