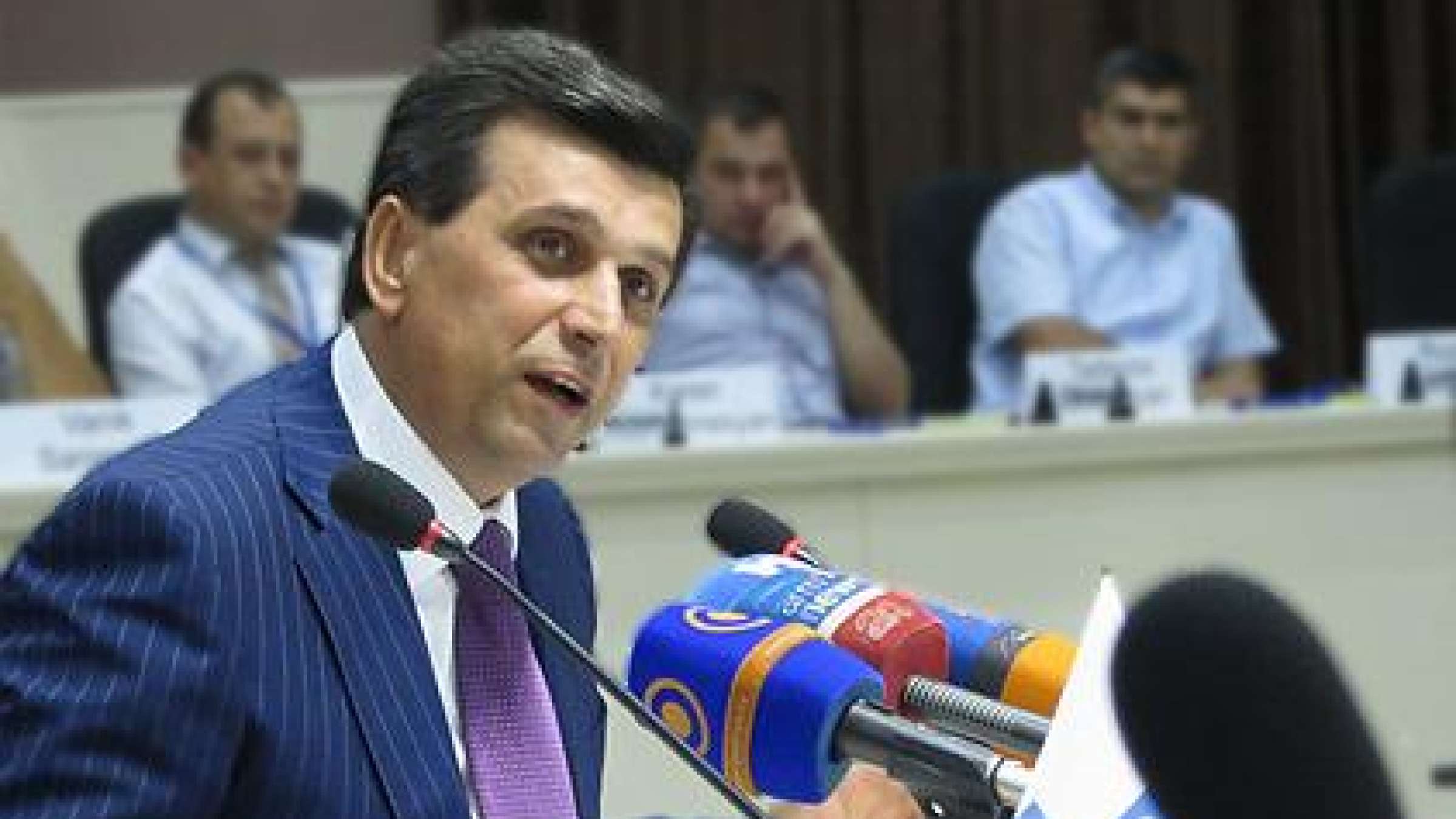 Armen Yeritsyan, Armenia’s Minister of Emergency Situations, noted how the HFA has paved the way for disaster risk reduction in his country. (Photo: UNISDR)

Minister Armen Yeritsyan said the implementation of the HFA over the last decade, provided a good starting point for the upcoming World Conference on Disaster Risk Reduction, in Sendai, Japan, in March 2015, and that Armenia “is optimistic that a very useful new framework to help countries further reduce their disaster risk would be developed”. A new framework will be adopted at the World Conference following extensive worldwide consultations.

The Minister added: “We have seen significant gains in our country as a result of implementing the Hyogo Framework for Action, which Armenia adopted in 2005. We have: strengthened our policies in risk reduction; integrated disaster risk reduction in government policies and plans; and recognized this issue as a country priority for our development and increasing security.

“We also value the sharing of international experience and we hope to step up such partnerships with our national academy for disaster risk reduction playing a leading role to build local and national government capacity in Armenia and in the region.”

“Sixty-five percent of the Armenian population currently lives in cities and this increasing trend is seen throughout the world. For us ensuring city resilience is a priority. We have enjoyed a fruitful partnership with the UN Office for Disaster Risk Reduction (UNISDR) and we are proud to have 10 Armenian cities in its Making Cities Resilient campaign,” Minister Yeritsyan said.

The forum, organized with the support of UNISDR’s Global Education and Training Institute (GETI) based in Incheon, Republic of Korea, in conjunction with UNDP Armenia, is leading participants through the initial steps of developing a resilient city action plan, based on the Ten Essentials of the Making Cities Resilient campaigns, for their respective municipalities.

Armenia is exposed to a variety of hazards including earthquake, landslides, floods, drought, and hailstorms. The Spitak earthquake, in December 1988, killed at least 25,000 people and left 517,000 homeless.