From Ghost Town to Sue Nami: art and disaster prevention 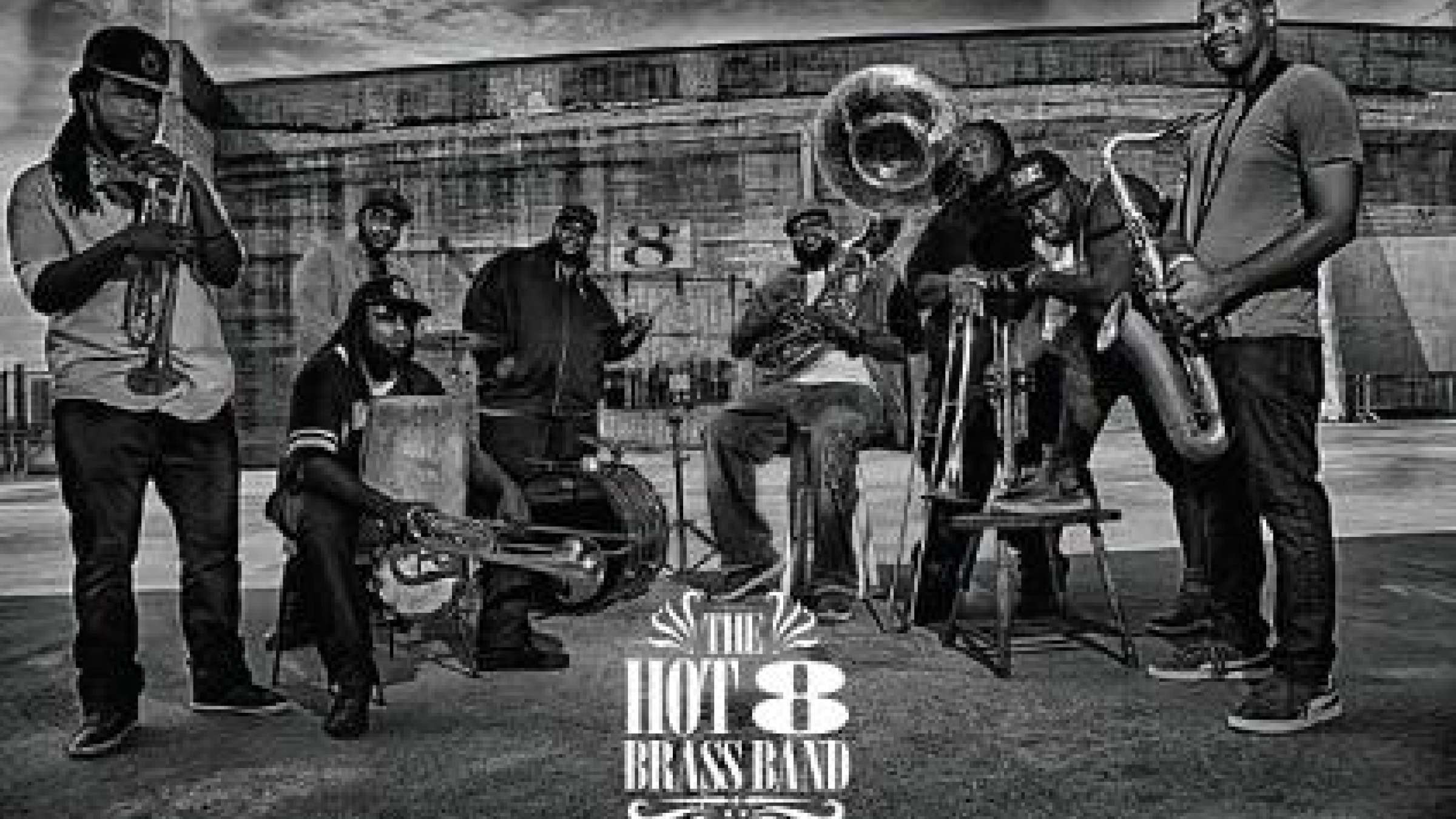 The Hot 8 Brass Brand were scattered by Hurricane Katrina in 2005, but regrouped, and have since become leading advocates for disaster resilience (Photo: Melissa Fargo)

CANCUN, Mexico, 26 May 2017 – The sound of a brass band cover of the iconic song Ghost Town and the sharp-tongued advice of human hazard Sue Nami have echoed in the packed halls of the 2017 Global Platform for Disaster Risk Reduction, thanks to an art installation that aims to entertain and spark debate.

“We created this in order to try a new approach,” said Mr. Sebastien Penzini, Associate Programme Officer at the UN Office for Disaster Risk Reduction (UNISDR), who curated the exhibition.

The Mexican-hosted Global Platform has drawn around 4,000 delegates – from governments, the private sector, community organizations and other groups – from more than 180 countries. They have spent a week assessing efforts to implement the Sendai Framework for Disaster Risk Reduction, a 15-year agreement adopted in 2015.

An international conference is an unusual place to see participants tapping their feet to a tune such as Ghost Town – a ska music standard released in 1981 by the group The Specials, from Coventry, England. But the message here lies in the fact that the cover version being shown on a video loop is by the Hot 8 Brass Band, from New Orleans in the United States.

The band was affected personally by Hurricane Katrina in 2005 – which killed 1,245 people and cost US$108 billion, making it the fifth-deadliest, and the costliest natural disaster in US history. Individual members were evacuated, displaced and scattered across the country and, after regrouping, began touring to encourage and support other displaced Katrina victims and promote New Orleans’ recovery.

Sue Nami, meanwhile, is the central character in a public service announcement commissioned by the US Geographic Service from the Designmatters educational platform at ArtCenter College of Design in California, an initiative that joins collaboration with experimentation, experience with reflection, problem-solving with problem-discovery, and purpose with action.

The aim is to raise tsunami awareness among people who visit or live near the coast, especially those who typically miss or ignore hazard awareness messages. Sue Nami, the force of nature herself, travels through different beach environments to tell people how to recognize tsunami warning signs and how to be safe, should a tsunami strike.

Besides the United States, the works on display at the Global Platform come from Britain, El Salvador, France, India, Israel, Japan, Switzerland, Togo.

They seek to capture the essence of risk in illustrated form, and include objects designed to reduce risk or represent resilience, some in tongue-in-cheek fashion.

The anti-seismic tables designed by Martino d’Esposito and the University of Art & Design of Lausanne, Switzerland, for example, are practical in that they offer protection but also contain ultra-Swiss supplies such as a fondue pan, an army blanket and a bottle of cherry liquor.

Some of the installations include objects that have been used in post-disaster situations, such as the paper partition walls developed by Japanese architect Mr. Shigeru Ban, or the resilient school desks designed by the Belazel Academy of Design in Israel.

A particular crowd-puller is a flood analysis sculpture developed by Mr. Pablo Suarez, Associate Director for Research and Innovation at the Red Cross/Red Crescent Centre in The Netherlands’ capital The Hague.

It represents flood risk in Togo in 3D data form.

“I’m a math geek, and I know data can save lives,” said Mr. Suarez.

“Disaster management’s about action, and data’s about knowledge, so we wanted to find something to bridge the gap between them. We’ve been working on creating ways to inspire the curiosity of those who are the doers of disaster risk reduction,” he said.