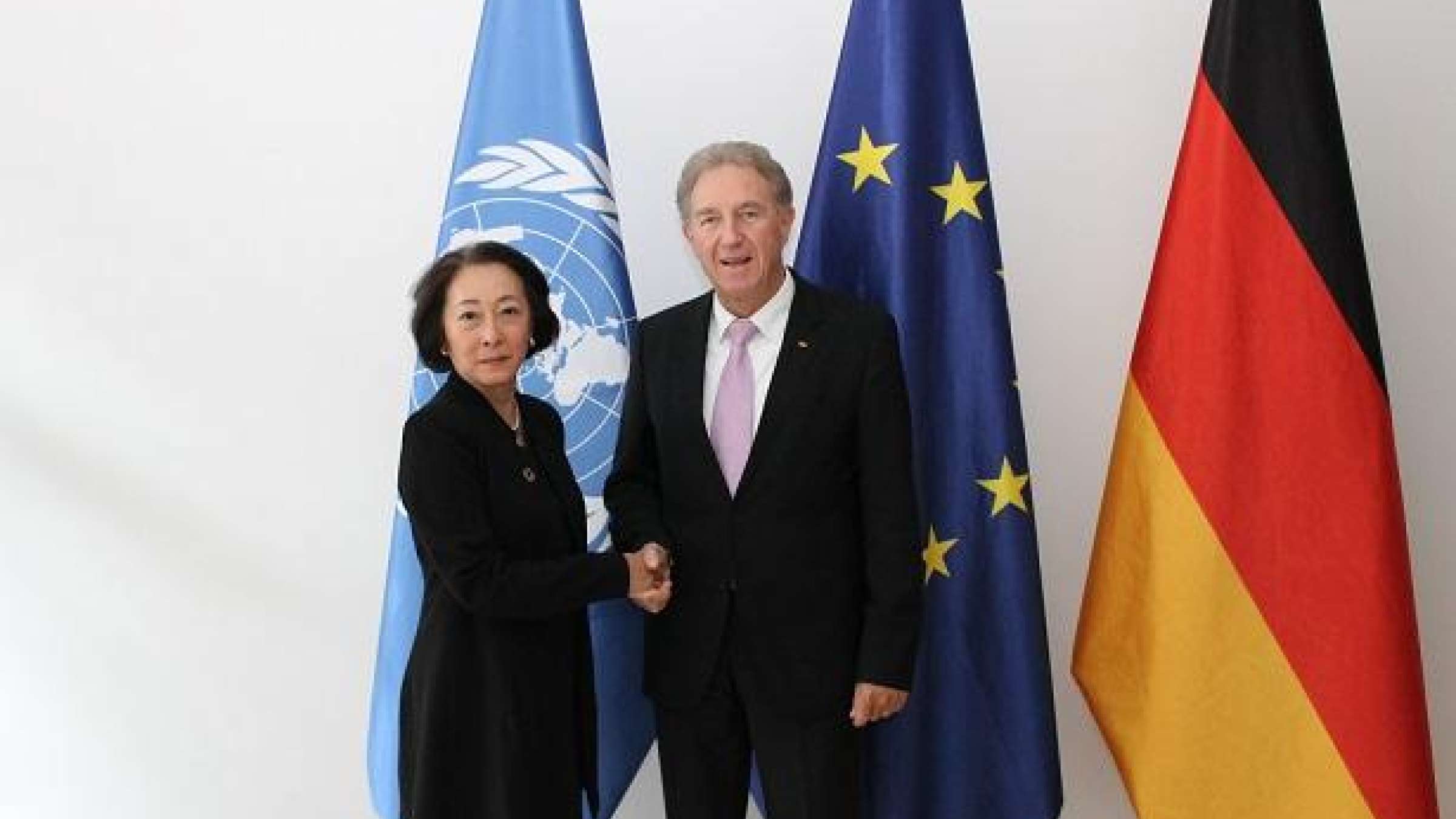 GENEVA, 6 November, 2018 - The German Government has announced strong support for the Sendai Framework for Disaster Risk Reduction, the global plan to reduce disaster losses, including €5 million for implementation over the next three years.

Mr. Norbert Barthle, Parliamentary State Secretary to the Federal Minister for Economic Cooperation and Development (BMZ), made the announcement during a meeting in Berlin last month with the Secretary-General’s Special Representative for Disaster Risk Reduction, Ms. Mami Mizutori.

“We are pleased to renew our commitment to reduce disaster risks and losses for a sustainable future and to further contribute to the achievement of UNISDR’s mandate,” commented Mr. Barthle.

Ms. Mizutori visited Berlin last month to have meetings with officials from the German Federal Foreign Office (FFO) and the Federal Ministry for Economic Cooperation and Development (BMZ) to discuss the importance of disaster risk reduction for sustainable development and humanitarian action.

Ms Mizutori who is also the Head of the UN Office for Disaster Risk Reduction (UNISDR) also addressed the Bundestag Committee on Economic Cooperation and Development where she emphasized the important role of parliamentarians in ensuring action on disaster risk reduction at domestic and international levels.

Under the three-year agreement, the increased funding will support UNISDR’s Strategic Framework including ensuring coherence between the Sendai Framework, SDGs, the Paris Agreement for climate change and the New Urban Agenda.