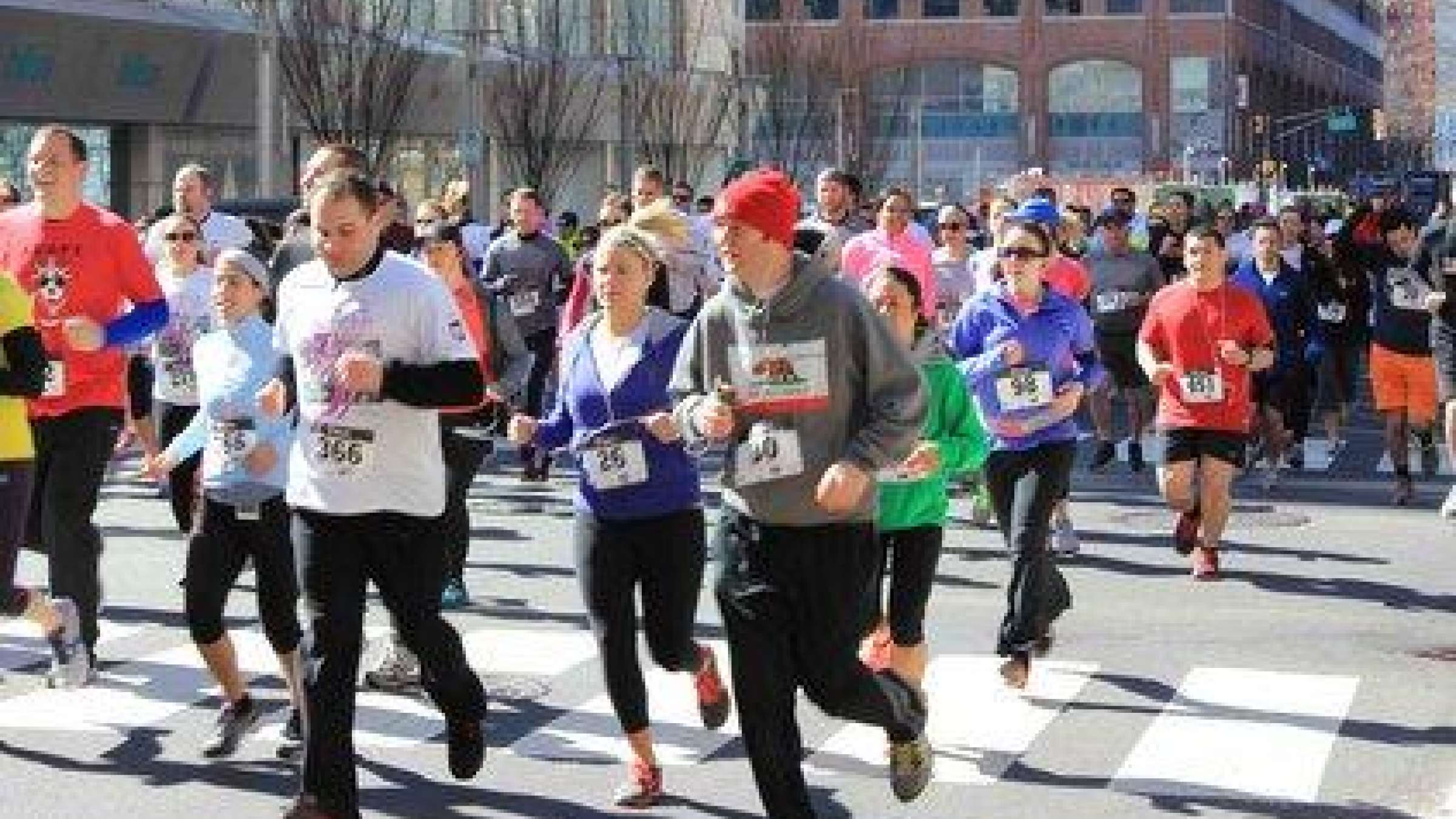 NEW YORK, 9 April 2013 - Early last Saturday morning, some 1,000 residents of the city of Hoboken in New Jersey, birthplace of the legendary crooner Frank Sinatra, came out in full force and high spirits to run a special race in aid of Hurricane Sandy disaster relief in both Hoboken and its sister city Port Maria in Jamaica.

"We are still recovering from the hurricane's damage but I am proud that we are taking charge of our future and reaching out to other cities that face the same issues," said Jennifer Wilkey, a Hoboken resident.

Hoboken, or the Mile Square City as it is affectionately called, hosted the 5k Hoboken Resilience Run and community fair to celebrate joining the UN Resilient Cities Campaign and raise community awareness on disaster risk reduction.

Last October, Hurricane Sandy dumped an estimated 500 million gallons of water on Hoboken, flooding thousands of houses and crippling the city's transport lines to Manhattan in New York for many weeks to come.

UN Disaster Risk Reduction Chief, Margareta Wahlström, who attended the race, congratulated Mayor Dawn Zimmer of Hoboken for hosting an event that could be replicated by cities across the world.

"Resilient people build resilient communities. Hoboken's Resilience Run offers the 1,400 cities of the UN Resilient Cities Campaign an exemplary model of community engagement that harnesses the power of sports to bring people together for an important cause," she said.

Following the event's striking success, Mayor Zimmer announced that the Resilience Run will be held again next year and could well be an annual tradition in the making.

During the opening remarks, Jamaica's Consul General to New York, Herman Lamont, and Charge d'affaires of the Jamaican Permanent Mission to the UN, Shorna Kay-Richards, both expressed their appreciation for the city-to-city solidarity initiated by Hoboken.

"Thank you, Hoboken, for coming out in support of resilience today. Jamaica recognizes that urban areas are becoming increasingly vulnerable and will be nationally launching the Resilient Cities Campaign in May in order to address exactly this", Ms Richards said.

In addition, Hoboken has bolstered its preparedness by training 55 community members in Community Emergency Response (CERT). They are now ready to support professional emergency services in the aftermath of a disaster.

The enthusiasm of the runners was matched equally by those who were not running who made up the dozens of volunteers busy setting up the accompanying community fair.

The fair featured an outdoor display of 'disaster resilience' images from around the world, along with informational booths by the American Red Cross and the Federal Emergency Management Authority (FEMA) among others.

And across the Atlantic in Geneva, Switzerland, staff members of UNISDR, the office headed by Ms. Wahlström, took time out at lunchtime on 5 April to do it 'Their Way'. They organized their own 5K resilience run in solidarity with the residents of Frank Sinatra's home town and their New York-based colleagues who also participated in the Hoboken event.

Watch and listen to the speeches given before the start of the run.