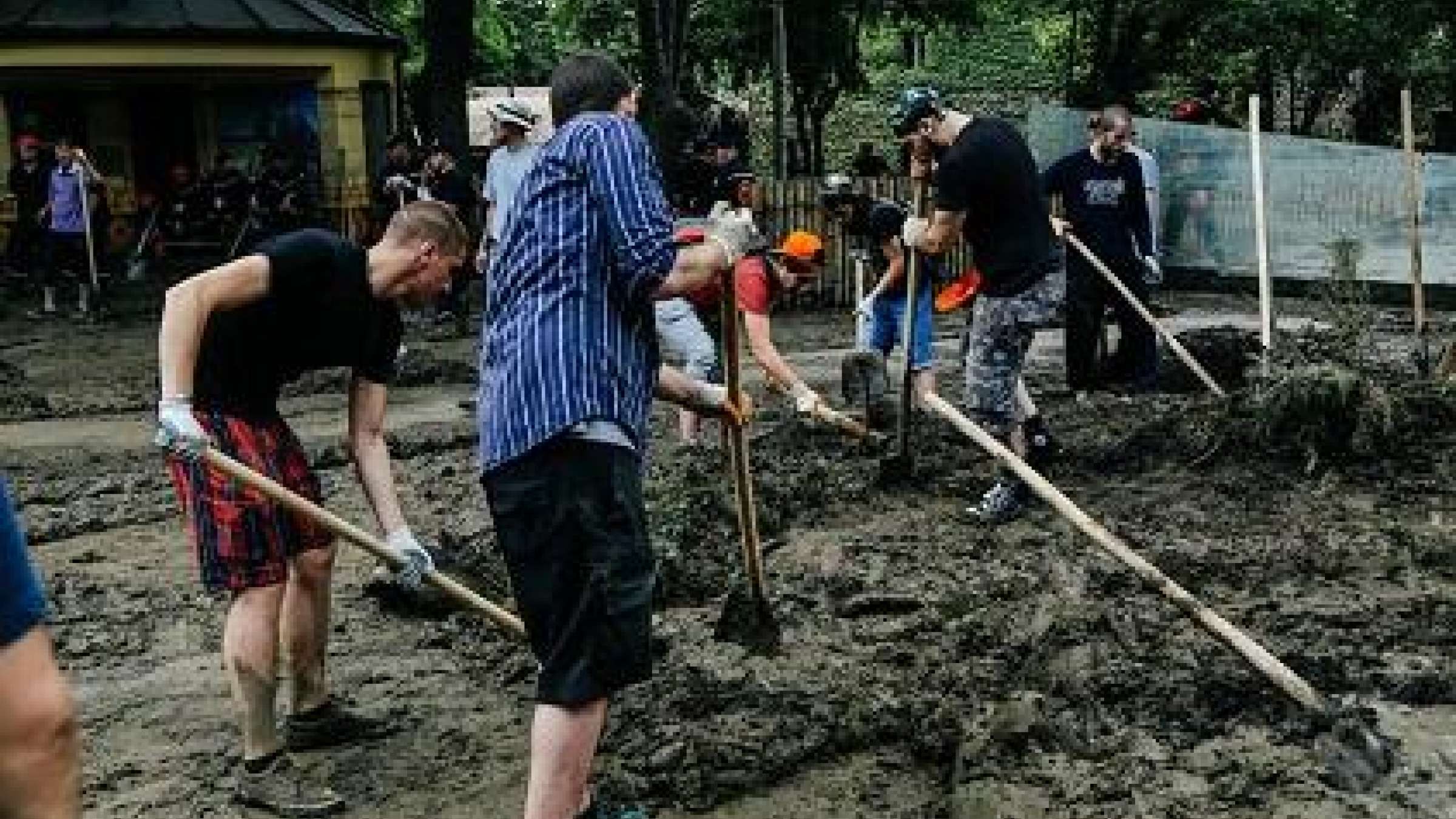 TBILISI, 15 June 2015 – The flood tragedy that has rocked Tbilisi, killing at least 15 people, is symbolised by the death or escape of hundreds of animals from the Georgian capital’s zoo, throwing the spotlight squarely on what needs to be done to protect such sites.

The Sendai Framework for Disaster Risk Reduction -- a wide-ranging international agreement adopted in March and which will guide efforts through to 2030 -- underscores the need to factor in animals when seeking to protect livelihoods from a multitude of hazards, including floods.

The emphasis is chiefly on animals as productive assets. Livestock and working animals are named directly in the Sendai Framework. But the agreement also calls for integrated disaster risk management approaches across all economic sectors, including tourism, of which zoos are part.

Heavy rainfall combined with a landslide turned the River Vere, which flows through Tbilisi, into a raging torrent that over the weekend swept away dozens of buildings and cars. At least 15 people have died, 24 were still reported missing as of Monday, the direct economic damage was estimated at almost US$18 million, and there were widespread fears that flash floods would strike again over the coming days.

The flood waters burst into the city’s zoo, with a significant number of its animals either drowned or shot after escaping. The included a rare white lion cub Shumba -- one of its best-loved attractions, who gained iconic status after striking up a friendship with a poodle -- and who was found Sunday shot in the head on site.

Footage of animals roaming the streets of Tbilisi -- lions, tigers, bears, wolves a crocodile and even a hippopotamus -- has made headlines around the globe. Some were captured after being sedated, and then transferred to a safe area, but most have been shot dead. Amid a public outcry, the zoo administration has demanded a probe into the shooting of escaped animals, underlining that it makes no sense if they have not attacked people. There have been no reports of fatal animal attacks, and volunteers have turned out in huge numbers to help with relief efforts and to clear the debris-strewn streets and zoo.

Three zookeepers were also reported to have perished after staying until the very last moment to try to protect and save the animals.

The River Vere has flooded repeatedly in the past, having burst its banks seriously in 1960, 1963, 1972, 1995 and 2012. While the zoo was affected three years ago, no preventive measures have been implemented since then.

The zoo is in a vulnerable city-centre site, with most of the cages low-lying and therefore at serious risk from flash floods, precisely the kind of hazard that experts fear could strike Tbilisi more often and more severely in the future.

Tbilisi city council and the administration of the municipality-funded zoo were fully aware of the need to move from the site which has been its home since it was founded almost 90 years ago. The zoo's fortunes over the past two decades have paralleled the ups and downs of the Georgian economy. It found itself in extremely dire straits in the early 1990s, and took years to recover.

A 2012 plan to move it to a new location by a lake known as Tbilisi Sea, on the outskirts of the capital -- which by some estimates would cost more than US$500 million -- has been put on hold. Critics have underlined that both Tbilisi Sea and the zoo's city-centre site are prime real estate, with the current location already having been chipped away by construction.

The flood tragedy has also affected animals beyond the zoo: nearby was an animal shelter hosting over 350 dogs and 10 bears. Risking their lives, founder and funder Tamaz Elizbarashvili, his employees and volunteers from the public managed to safe up to 120 dogs. But the remainder, plus the bears, were trapped and killed by the flood waters.

The Tbilisi disaster serves to underline the vulnerability of animals in the face of natural hazards.

The Sendai Framework makes clear that animals are part and parcel of sustainable development, both before and after a disaster.

Over one billion of the world’ s poor depend on animals for jobs, food, income, transport and social status, according to World Animal Protection, which works hand in hand with UNISDR. The organization has been particularly active recently in Nepal, helping earthquake-struck communities to recover and restore their livelihood.

Spelling out the importance of animals in the Sendai Framework has been a key step.

“Animals could now be better protected, as animal risk has been identified in the Sendai Framework as an important element of national disaster resilience policies,” said Margareta Wahlström, head of UNISDR. “But we need more national legislation and more awareness regarding this critical issue.”

In Cuba, cows and horses are taken to the uplands in early May when the tropical hurricane season starts approaching. In the Philippines, in the aftermath of Typhoon Haiyan in 2103, new animal shelters were built on higher ground to evacuate and protect animals from future disasters. In Samoa, since Cyclone Evan killed thousands of poultry, pigs and cattle in 2012, the Ministry of Agriculture has been working on new legislation to include animals in disaster management plans.