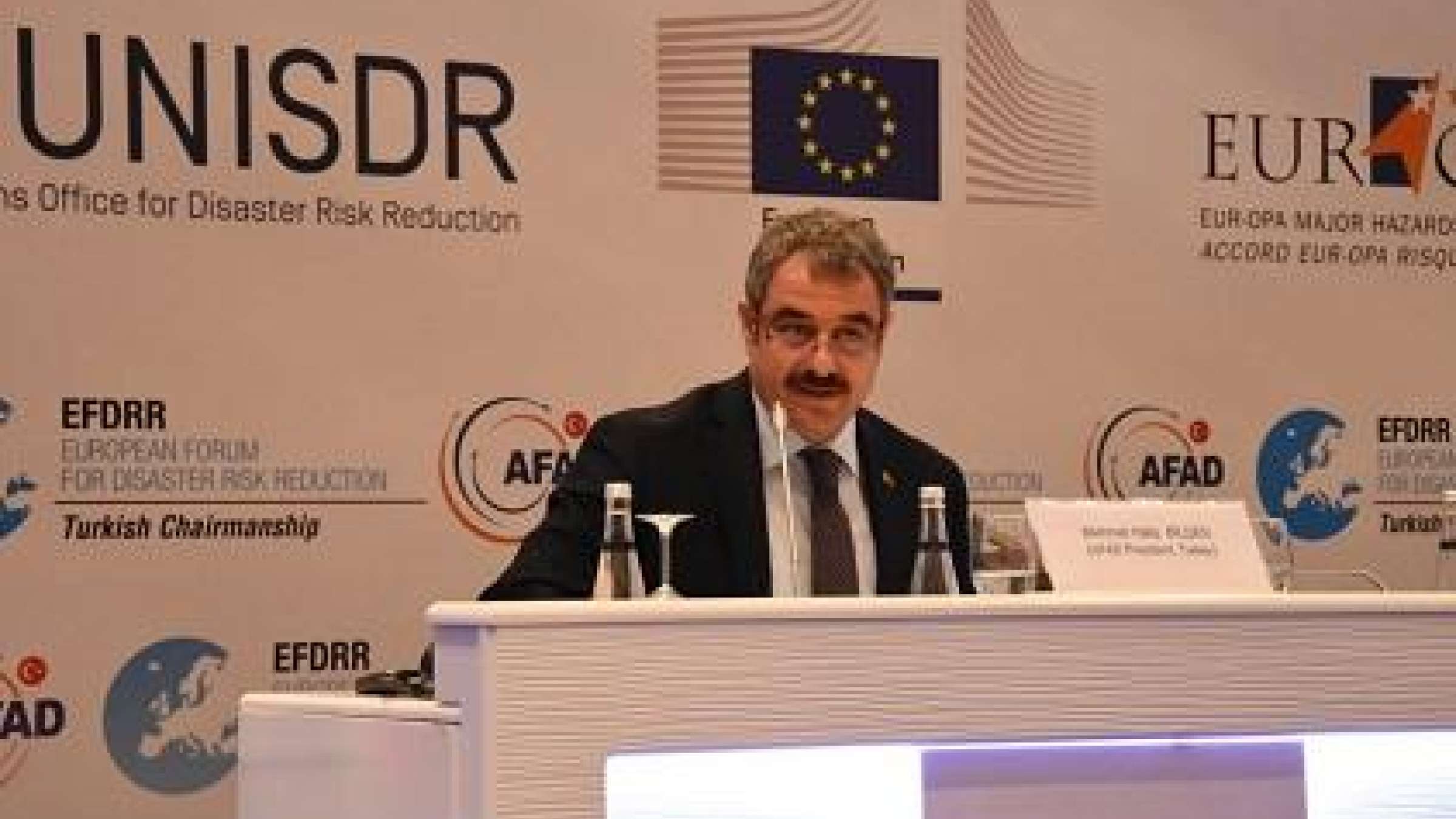 ISTANBUL, Turkey, 28 March 2017 – A European conference today set out the continent’s stance for the looming 2017 Global Platform for Disaster Risk Reduction, underscoring the need to rein in the impacts of natural and human-induced hazards.

The European Forum for Disaster Risk Reduction issued its 17-point Istanbul Outcomes at the end of its meeting in the Turkish megalopolis.

“You have demonstrated our collective commitment to reducing disaster risk, with the important work done setting a common European position to feed into the Global Platform, in Mexico in May,” said Ms. Paola Albrito, head of the UN Office for Disaster Risk Reduction’s European arm.

The 500 delegates spent three days taking stock of efforts to curb risk in a region where the top natural hazards are floods, storms, heatwaves, earthquakes and wildfires. In addition to economic losses, they focused on the links between disaster risk, climate change and migration – a high-profile topic, given the regional impacts of the Syria crisis.

The conference was also important for the implementation of the Sendai Framework for Disaster Risk Reduction, a 15-year international agreement adopted in 2015 with the aim of bringing down disaster death tolls and economic losses.

Founded in 2009, the European Forum spans the continent and has spurred regional and national efforts. Turkey took the helm from Finland last year and has handed over to next year’s host Italy.

“First, as we think about creating incentives for disaster risk reduction and delivering on the outcomes of Sendai, we must always keep in mind, first and foremost, that our work requires that we promote approaches that are human-centered and inclusive, taking into consideration the needs of our most vulnerable citizens, including persons with disabilities, refugees and senior citizens,” Mr. Bilden told delegates.

“Second, Europe is making strong progress to advance green finance, or an inclusive and sustainable financial sector. It is critical that we ensure that incentives for disaster risk reduction are mainstreamed into new financial services and products. At the same time, we must promote policy options for sustainable development,” he said.

“Third, to successfully create incentives for disaster risk reduction, we must embrace public-private partnerships. The contributions of the private sector may reduce the demands on limited public resources, while fostering investments that create jobs and growth.“

“Fourth, we have heard repeatedly over the course of our days together that we must ensure that national strategies are aligned with local capacities and that local authorities have adequate resources to perform work relevant to disaster risk reduction.”

Besides the Istanbul Outcomes spotlighted by Mr. Bilden, other focuses include that the need to harness science and data.

“All parts of the 2030 Agenda for Sustainable Development underscore the importance of high quality data, given that what you cannot measure, you cannot manage,” said Ms. Albrito.

Like other developed regions, Europe is susceptible to high disaster bills due to the value of its exposed assets. In a world of increasingly frequent and intense hydro-meteorological hazards such as storms and floods, that is a major concern.

“Europe is not in any sense immune from wider global trends,” said Ms. Julia Stewart-David, of the European Commission’s disaster risk reduction team.

“Managing a disaster well is a determinant of a society’s wellbeing and prosperity,” she told the conference.

In southern Germany, floods last May and June affected more than 47,000 people and cost 1 billion euros. The sum was similar in France’s own June floods, which killed 18 people. And in 2013, Germany faced a flood bill of 13.5 billion euros, its most expensive natural disaster on record.

Earthquakes are also a key issue. Last year’s in central Italy killed 299 people and left 23.53 billion euros in damage, and destroyed a string of historical buildings.

It was an earthquake that made Turkey into an icon of disaster risk reduction.

In the wake of the devastating 1999 Marmara Earthquake, in which 18,000 people died, the country shifted from a response-based policy to the risk-focused approach now epitomised by the Sendai Framework. For example, it has retrofitted schools and hospitals to make them safe havens, and is a driving force in efforts to do so globally.

Underscoring the political importance it gives the issue, AFAD, created in 2009, is part of the prime minister’s office.