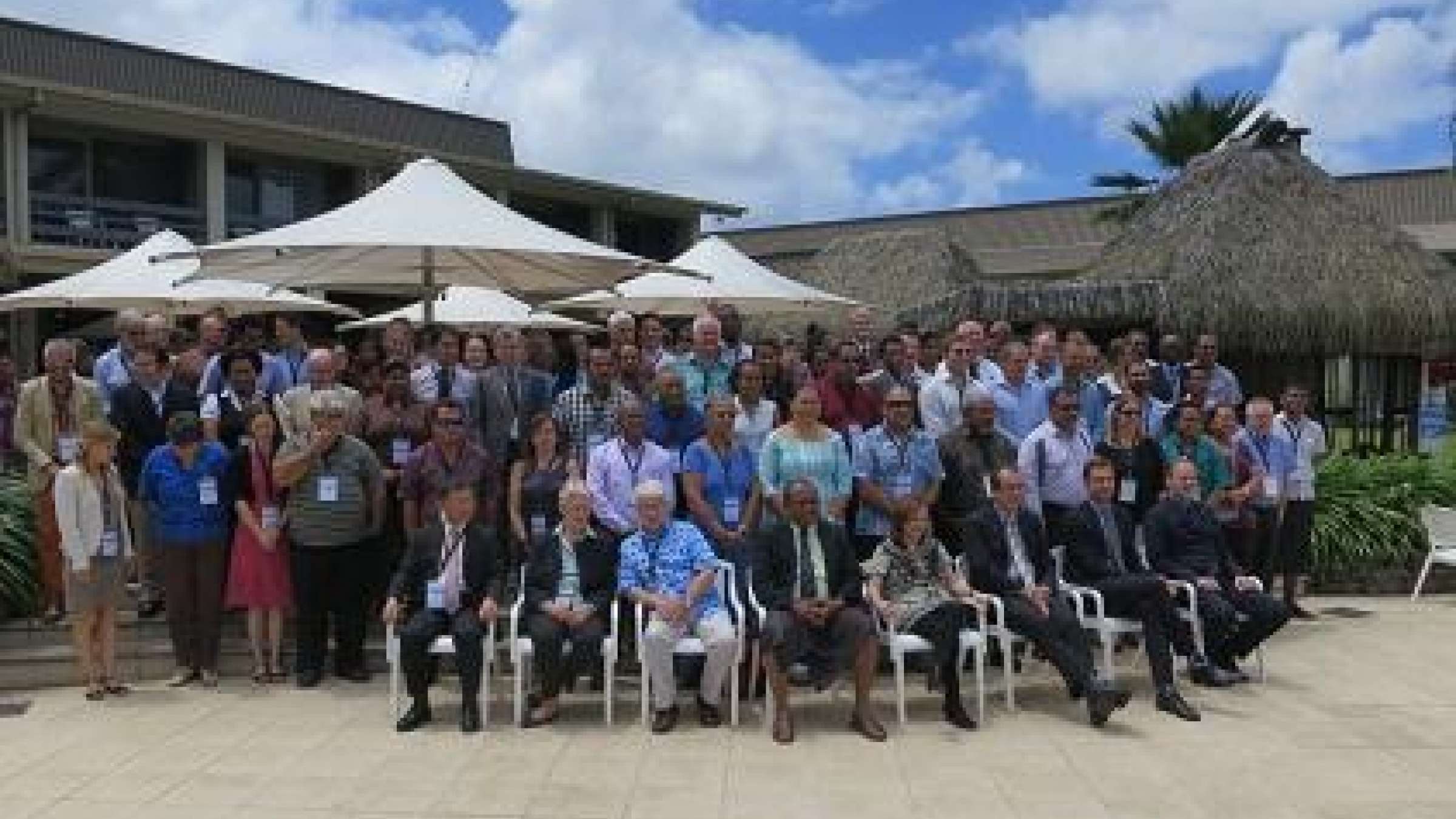 More than 200 senior representatives are examining how to implement the Sendai Framework in the Pacific (Photo: UNISDR)

Ms. Wahlström said: “These coming months have the potential to be the most testing period in the history of the Pacific Islands. The region’s vulnerability was exposed during the World Conference on Disaster Risk Reduction in March when Cyclone Pam inflicted heavy losses on Vanuatu. Warming waters and rising sea levels resulting from climate change threaten the viability of life in many places in the region.

“Disaster risk management will be put to another severe test in the coming months. The Pacific Island Climate Outlook Forum has said that because of El Niño the risk of a typhoon in the western and central north Pacific is above normal for the remainder of the year. Most of the islands meeting here in Suva this week face disaster risk from possible high winds, storm surges and extreme rainfall. Some are also experiencing severe drought and water shortages because of El Niño.”

The meeting is the first in the region since the adoption of the Sendai Framework for Disaster Risk Reduction and is seen as an opportunity to identify actions which help to reduce disaster losses across the region. Discussions will range over what measures are still required to ensure that the general public are risk informed and have access to early warnings and cyclone shelters. Other priorities include strengthening risk governance, investing in disaster resilient infrastructure and having plans in place to build back better after disaster strikes.

The meeting is being attended by representatives from government, local government, the private sector, the Secretariat of the Pacific Community, UN agencies, the UN Office for the Coordination of Humanitarian Affairs, the International Federation of Red Cross and Red Crescent Societies and several NGOs.