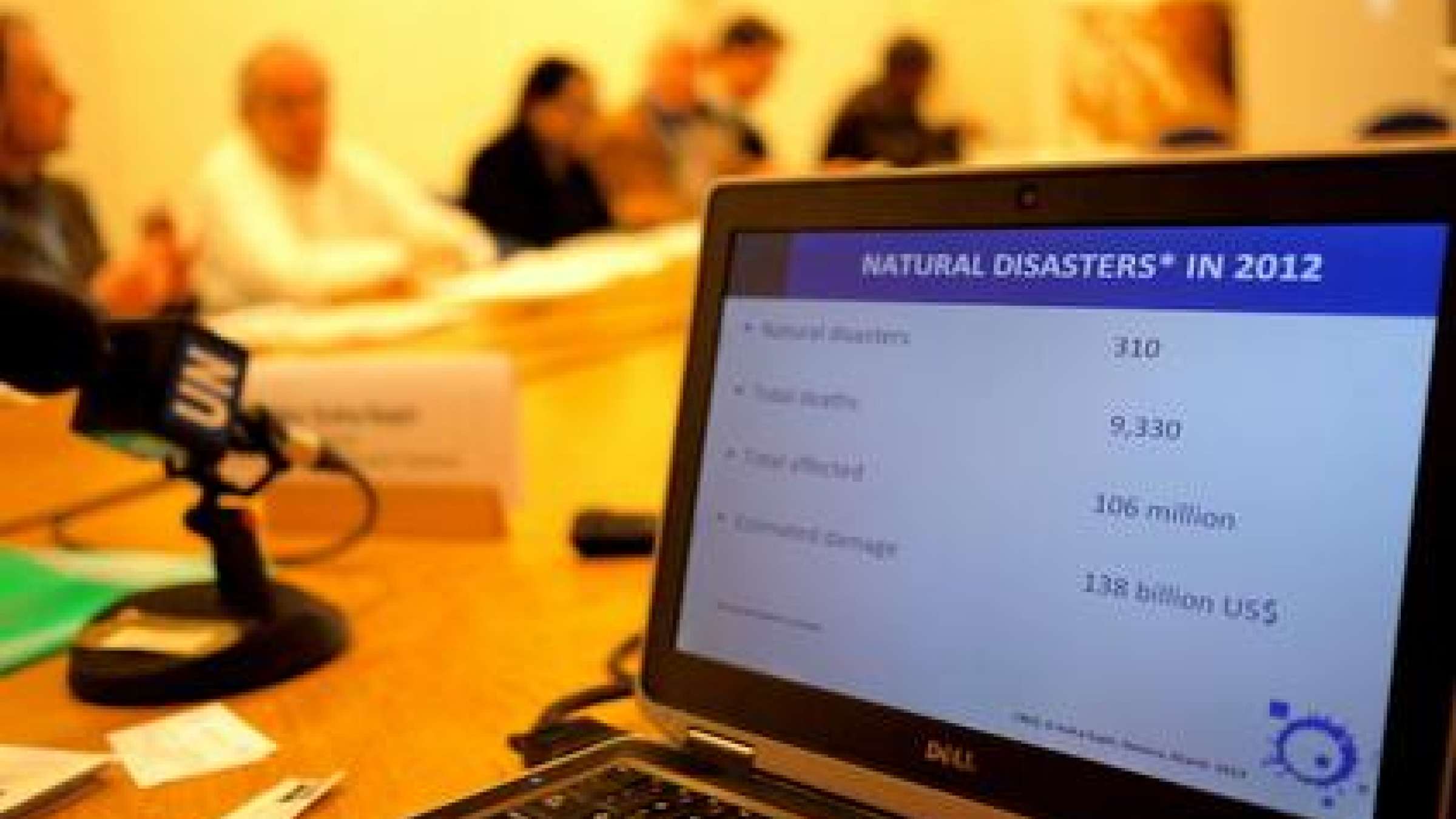 GENEVA, 14 March 2013 - The UN Office for Disaster Risk Reduction (UNISDR) today stated that for the first time in history the world has experienced three consecutive years where annual economic losses have exceeded $100 billion due to an enormous increase in exposure of industrial assets and private property to extreme disaster events.

UNISDR Director, Elizabeth Longworth, speaking at a press briefing today, said: "A review of economic losses caused by major disaster events since 1980 shows that since the mid-90s there has been a rise in economic losses and this has turned into an upward trend as confirmed by the losses from last year when, despite no mega-disaster such as a major urban earthquake, economic losses are conservatively estimated in the region of $138 billion."

The year was particularly marked by the fact there were no mega-disasters in terms of human impact. The deadliest event was Typhoon Bopha which hit the Philippines in December with over 1,900 dead and missing. Asia, once more showed itself to be the most disaster-prone part of the world both in terms of number of disasters and the number of victims.

On the other hand, 63% of the economic losses were in the Americas, mainly due to Hurricane Sandy ($50 bn) and the drought ($20 bn). Europe was hit by two long cold waves at the beginning and end of the year killing almost 1,000 people and Africa was severely affected by drought but also by floods such as those in Nigeria which took over 300 lives.

"Globally, most victims this year were from floods and droughts which were responsible for nearly 80% of all victims. But as they occur in poorer countries, the economic losses are low. Even so, the floods of Pakistan cost nearly 2% of its annual GDP which is a lot to recover. Disasters are a major problem in all poor countries and threats to global security. They should be taken seriously," said Prof. Debby Guha-Sapir, Director of CRED at the University of Louvain, Belgium.

--
Professor Debby Guha-Sapir, Director of CRED at the University of Louvain, Belgium review of the 2012 disaster numbers